A significant milestone from Czechia

Eighty years of radio broadcasting in Prague, Czechia, is indeed a long and historic era. It was on May 18, 1923, that the first regular broadcasting service was launched in Prague by the Elektra Bulb company, a name that was later changed to Tesla.

These early broadcasts originated from a tent erected at the transmitter site of a communication facility located in the suburban area of Kbely (ke-BEE-lee). One listener in England reported hearing test broadcasts on shortwave from this site shortly before the regular mediumwave service was inaugurated.

Eleven years later, a 30 kW Marconi shortwave transmitter was imported from England and co-sited with a new mediumwave transmitter at Podebrody (POE-de-BROE-dee), near Prague. This unit was designated with the now familiar callsign, OLR. The first test broadcast from this new unit was heard on July 24, 1936, and a couple of weeks later, it was taken into regular service.

In 1938, two new German transmitters were installed, at Podebrody and four years later, international radio monitors noted the usage of new callsigns. Instead of, for example, the callsign OLR3A, the identification became DHE3A. The final German announcement of that era went on the air around midday on May 5, 1945. The Podebrody shortwave site was closed in 1996.

The shortwave transmitter site at Litomysl (le-TOM-i-sil) near Prague was inaugurated in 1956 with the first of seven transmitters at 100 kW, two of which are still on the air today.

Work at the familiar Velke Kostolany station in Slovakia was begun in 1949. This station was on the air for nearly half a century, and it will be remembered that AWR took out a relay via this site a few years ago with the usage of two of these transmitters. This station was closed in October 1997.

Another large shortwave station was constructed near Rimavska Sobota in Slovakia in 1956. This station originally contained several transmitters at 100 kW, though the station was rebuilt in 1982 and four Russian transmitters at 250 kW were installed. AWR has also enjoyed outstanding worldwide coverage from this transmitter site.

And so, in summary, we find that Czechia has been on the air shortwave during the past eighty years from a total of five different transmitter sites. Three of these were located near Prague; Kbely, Podebrody & Litomysl, and two of these were located in Slovakia; Velke Kostolany & Rimavska Sobota. We should remember also, that Radio Prague International is also on relay to the Americas from station WRMI, Radio Miami International in Florida.

Right this very day, May 18, Radio Prague is remembering its 80th anniversary, and we here at Wavescan honor them for their 80 years of broadcast activity on both mediumwave and shortwave. 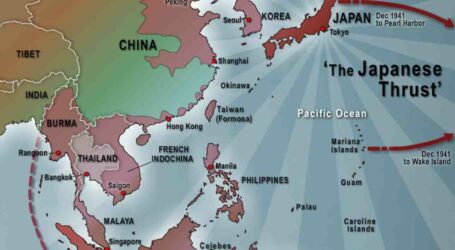