Brief history about the “A Noite” building, which used to be the headquarters of the National Radio of Rio de Janeiro, Brazil, which in the 40s and 50s was the main radio station in the country and a true symbol of the so-called “Era de la Radio”.

You don’t have to raise your head too much when walking through what Brazilians call “Baía de Guanabara”, to come across the colossal abandoned building called “A Noite”.

Like many abandoned places, which had their glory days, the “A Noite” building is as if it were a great ghost, which continues to stand, but nevertheless it seems that no one can see it and few remember its history.

The “A Noite” building did not gain fame just for housing the newsroom of the newspaper ofthe same name. It was also there that the National Radio of Rio de Janeiro, founded on September 12, 1936, operated.

The “A Noite” Building, built in the 1920s in downtown Rio de Janeiro, is a milestone in the history of Brazilian architecture.

It was the first skyscraper in Latin America and the home of the pioneering Rádio Nacional during the several decades in which it remained the leader of the audience, transmitting news, soap operas and music throughout Brazil.

The construction, begun in 1927, was a project of the French architect Joseph Gire, who was also responsible for the Copacabana Palace Hotel – and the Brazilian Elisário Bahiana.

During the work, the new reinforced concrete technology was used, giving a great boost to the engineering practiced in Brazil of that period.

The structure of 22 floors and a height of 102 meters, which corresponds to 30 floors in a current building, was developed by Emílio Henrique Baumgart, an engineer who later became head of the Ministry of Education and Culture.

Until the 1930s it was considered the tallest building in Latin America.

Due to the newspaper becoming so popular, the building began to be known and named with that name.

In the 1940s, the radio occupied the top three floors of the colossal building, it was the largest radio in America and one of the largest in the world. At its peak, it had a cast of more than 120 hired actors, seven orchestras, and four conductors.

The station currently belongs to the Empresa Brasil de Comunicação (EBC), a Federal Government agency responsible for the administration of educational radio and television stations in the country. In addition, it is one of the generators of the National Radio Network, together with the National Radio of Brasilia. Currently its studios are located at the
headquarters of TV Brasil Rio de Janeiro in the neighborhood called Lapa, and its transmission antenna is on the island of Itaoca, in São Gonçalo.

The station was the first to reach almost all of Brazil.

It had the prefix PRE-8, with which it was also identified by listeners. It was a milestone in the history of Brazilian radio. Until 1975 it transmitted on 980 kHz, currently it transmits on 1130 kHz, with the prefix ZYJ-460.

Hello, hello, Brazil! On air, Rádio Nacional! With this phrase, the announcer Celso Guimarães begins the transmission of Radio Nacional, the first radio in the country that could be heard throughout the Brazilian territory, thanks to the fact that, at that time, it had its powerful 22 kilowatts of power, enough for epoch.

Leader of audience practically since its foundation, Rádio Nacional would be a pioneer in the cultural integration of the country. Revolutionary communications, becoming the most important instrument of cultural, social and political training in the country.

The station had the best cast of musicians and singers of its time.

In 1941, Radio Nacional would be a pioneer in the transmission of radio soap operas. The first to debut would be “Em Busca da Felicidade”, it achieved such success and audience that it will be broadcast for three years.

The second radio drama was called, “O Direito de Nascer”, it would quickly become one of the great radio hits of all time, to the point of changing the routine of listeners, who did not want to miss any episode.

Many of these radio soap operas could be seen in real time, from the auditorium, and were broadcast live throughout the country, which made it a pioneer in the country’s cultural integration.

Their programs were broadcast directly from the numerous dedicated studios, including the Radio Auditorium, all located on the top three floors of the building.

Until the mid-1950s, the National Radio of Rio de Janeiro broadcast 861 radio soap operas and they were the most listened to on Brazilian radio, according to audience polls at that time.

It is also believed that Brazilian popular music was a before and after thanks to Radio Nacional de Rio de Janeriro, since it became a true creator of idols through competitions such as “A Rainha do Rádio”, which consecrated several Brazilian singers.

Nacional was the first Brazilian station to have its own newsroom, creating an unprecedented quality standard in Brazilian radio journalism, which until then was limited to reading the news in printed newspapers.

The “Repórter Esso”, presented by Heron Domingues, was the main news on Brazilian radio until it was overtaken by television in the 1960s.

The decline of radio

The fall of radio, which began with the inauguration of television, was definitely accentuated by the 1964 military coup in Brazil, which removed 67 professionals and placed 81 more under investigation.

During the 1970s and 1980s, the decline of radio was accentuated by lack of investment and increasing competition from television and also from FM radio stations.

The station lost its audience and stopped competing for the first places in the public’s preference. However, during that time he maintained several traditional programs of the station.

In 2012, Rádio Nacional abandoned the “A Noite” Building, which was its headquarters for 76 years and moved to the headquarters of TV Brasil Rio de Janeiro in Lapa.

Little by little, the building, which in the last decade only had a few floors occupied by federal institutions, was completely emptied and in the last year 2020, it became part of the list of more than three thousand properties that the Brazilian state must be sold to private initiative.

“The National Radio of Rio de Janeiro is over” – The largest radio station in Latin America in the 40s and 50s, it is true that the radio is still on the air, but a communication vehicle not only dies when it leaves the air, it dies when he stops having an audience.

After the eviction process, Rádio Nacional moved to a new address in the Lapa neighborhood, in the center of Rio, and the A Noite building became one of the most abandoned monument in the city.

Some inhabitants of Rio de Janeiro, however, do not lose the illusion of whoever buys the building, restores this heritage so important to the city, restoring its spirit and splendor that it had in the golden age of Brazilian radio. 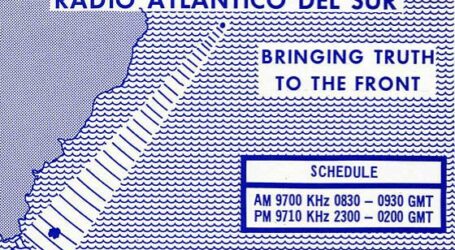 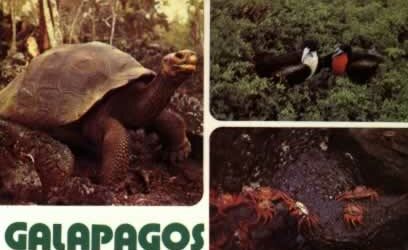 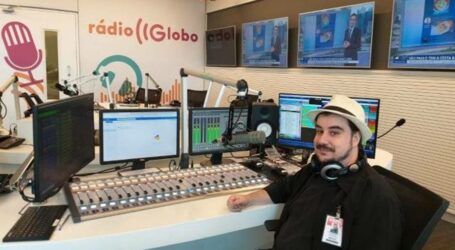