Our columnist in South America, for Radio Heritage Foundation: Martín Butera presents us with an interesting tour of this impressive South American contest station.

In an article specially written for the online edition, welcome to ZW5B.

Many listeners (Dxers) also practice hunting these stations in the months of late March and October when the world competitions take place.

Many of these contest stations confirm with QSL, certainly another interesting aspectfor listeners (Dxers) to explore.

Martin Butera invites us to get to know ZW5B from the inside, with more than 10 towers and large stacked single band yagis, this is one of the most consistent calls in global and national contests.

Located in the Grid Square GG54kl about 12 miles from the center of Curitiba.

Curitiba is the capital of the state of Paraná in southern Brazil and is located 60 miles from the Atlantic Ocean on a plateau 900 meters above sea level.

Location maps showing Maidenhead locator GG54kl. (The Maidenhead Locator System is a geocode system used by amateur radio operators to succinctly describe their geographic coordinates. Its purpose is to be concise, accurate, and robust in the face of interference and other adverse transmission conditions.)

Curitiba’s relief is slightly undulating. The average altitude of the city is 934.6 m above sea level, varying between the minimum and maximum values of 900 and 1000 m, approximately.

A series of stepped terraces are arranged in altimetric intervals, which characterize Curitiba with an undulating topography of gently rounded hills, giving it a relatively regular appearance.

The highest point (1021 m) is to the north of the municipality, in the Lamenha Pequena neighborhood. This elevation gives the neighborhood a relatively rugged topographic character and is made up of steeper slopes, due to its proximity to the Açungui Mountain Region.

There are mountain ranges and sets of rocky elevations in practically the entire environment of the city, the most notable and imposing of these being the Serra do Mar, located east of Curitiba, which separates the plateau from the Paraná coastline. To the north, there are elevations in the Rio Branco do Sul region and to the west, simple groups of mountains in Campo Magro. To the south of the city there are no considerable elevations, unless close to the border with Santa Catarina.

The spread from ZW5B is normally good to Europe and NA. In the top bands during some hours of the day, simultaneous openings are achieved both to the US and to NA.

For Africa, the propagation during solar peaks is always good but in ZW5B they suffer with the problem that Africans normally have the beam to EU or NA, having the same problem with EU and NA when there are equatorial openings.

Now in ZW5B for the low bands they are far from everyone. That is perhaps the biggest problem for single or multiple operations from ZW5B. Adding this to the small activity in Brazil and throughout South America, NAs and EUs do not normally operate with the beam pointing to South America.

Together with my colleague Luciano Scandelari (PY5KD), one of those in charge of the maintenance and operation of the ZW5B station, I toured the wonderful antenna field.

He explained to me that throughout his 30 years, the configuration of the antennas has always varied a little.

Today we can observe the following antenna configurations:

Inside the Shack by ZW5B

To list all the items of the ZW5B station, it would be impossible, since it is extremely complete, we can highlight if 3 amplifiers, 2 OMs and an ACOM, many rotors, transmitting equipment of all brands and latest models (Icom, Yaesu, Flexradio, up to a classic Elecraft) and much more …

The search for ZW5B in the CQ WW database since 1989 gives 25 results for SSB and 11 for CW, while the search for the CQ WPX database since 1990 shows 19 results in SSB and 6 in CW, obtaining in both favorable results always competing for the top positions at the national South American and world level.

The man behind ZW5B is Atilano from Oms PY5EG, creator of this super contest station

The one who put together this super contest station in southern Brazil is nothing more and nothing less than Atilano de Oms (PY5EG).

With a history, dedication and passion to the hobby, like no other Ham Radio, he is without a doubt one of the best DXers in the world.

PY5EG is recognized in the Hall of Fame, among all radio amateurs around the world who participate in international competitions.

In the field of amateur radio, the “Hall of Fame” award is known as the Nobel Prize for Amateur Radio Activity and has been, during the last six decades, the most important award to which all those who participate in this activity aspire.

It is true that in the world, there are many impressive amateur radio contest stations, but I have to mention and remind you that here we are visiting and showing a South American contest station.

When we talk about South America we cannot ignore the economic crisis that the region went through and is going through, that is why it is not common to see a station of such development in this area, that is why the ZW5B station in southern Brazil, in my personal opinion charges a character much more important than the rest of the stations in North America or the developed countries of Europe and the Asian region.

Many thanks to the colleague of Atilano de Oms (PY5EG) for allowing me to meet and participate in his contest station and to the colleague Luciano Scandelari (PY5KD), who guided me and showed me all the aspects of this huge station, very kindly, finally to my dear wife Ligia Katze for the beautiful photographs. 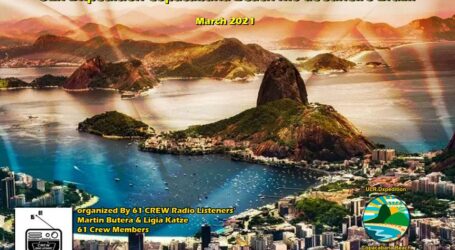 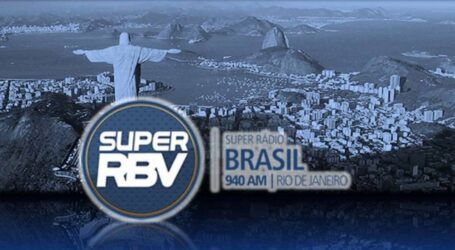 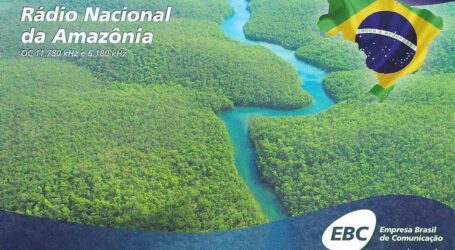