Need for Entertainment Continues – AFRS Around the World in January 1946

The global network of the Armed Forces Radio Service is still on the air overseas. Outlining present broadcast coverage, Maj. Martin H Work, AFRS Commandant, headquartered in Los Angeles, reminded that 113 stations staffed by military personnel of US Army and Navy are continuing daily broadcast operations throughout the world.

Coverage of forces under Gen..Douglas MacArthur’s command, originally accomplished by AFRS stations group known as the “Jungle Network” now extends to Japan, he pointed out. AFRS mobile broadcast stations which rolled in along with the men during initial phases of the occupation have been broadcasting ever since according to Maj. Work.

‘Upon expanding into Japanese territory,’ he explained, ‘the Jungle Network became identified as the Far Eastern Network with AFRS stations stretching from Finschhafen-to-Manila-to-Tokyo’.

AFRS stations in Japan and Korea operate in a network with stations of Radio Tokyo itself, having been taken over by Gen. MacArthur’s AFRS staff.

Covering the rest of the Pacific is the Pacific Ocean Network, dotting coral atolls in the Gilberts, Marshalls, Marianas, and the islands of the Hawaiian group, with 1000w stations WXLD and WXLG on Saipan and Kwajalein.

There are 16 AFRS stations on the job in the Aleutians and Alaska mainland, including such familiar bases as Nome, Dutch Harbor, Kodiak, Fairbanks, Amchitka, Attu and others.

On the other side of the world, American Forces Network, main broadcast artery of the AFRS through the United Kingdom, France and Germany has kept its broadcast schedule, dropping a number of stations in the British Isles, but increasing them on the Continent.

AFN is now broadcasting from five locations in France: Normandy, Paris, Cannes, Nice and Marseille. AFRS stations in Germany include those at Munich, Stuttgart, Bremen, Berlin, Frankfurt, Kassel and Bayreuth. Stations in Munich and Stuttgart, staffed by American military personnel operate on 100,000w. In Austria, 1000w installations are at Salzburg and Vienna.

A string of AFRS stations is still in operation at Casablanca, Dakar, Accra, Baghdad, Cairo and Palestine, broadcasting their 151 separate weekly AFRS programs from Los Angeles.

In addition, this coverage is supplemented by 28 foreign owned government or private radio stations who donate a portion of their broadcast hours to AFRS for American forces in the vicinity.

And, finally, there are 111 hospitals within the United States, treating war casualties who have joined the ‘Bedside Network’ of Armed Forces Radio Service. Each hospital is receiving weekly transcriptions of the special programs prepared for overseas listeners by AFRS. Elaborate sound systems are being installed in coordination with AFRS technical and programming experts.

This item appeared in the January 21 1946 issue of ‘Broadcasting’, an American radio industry magazine.

Interestingly, this was past the height of the AFRS wartime effort, a network which literally spanned the globe with local radio stations even more than this article covers. The brief mention of the British Isles ignores the fact that this was a network almost as big as the BBC. In terms of local radio, this was unprecedented for Britain, with some 50 local AFRS radio stations. The BBC nervously demanded that the stations be granted very low powers and kept as far away from major population centers, such as London, as possible.

There’s no doubt that the AFRS were the world’s first truly global broadcasting network, only ten years or so after the BBC’s Empire broadcasts from London had given an illusion of similar coverage. 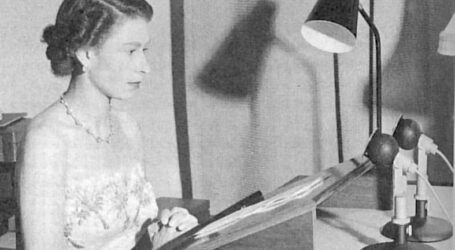 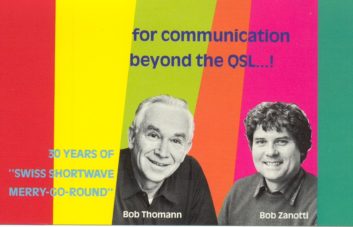 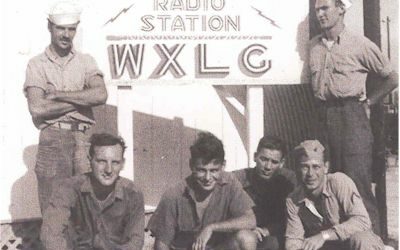