All India Radio is all set for a “re-branding” with the state broadcaster Prasar Bharati proposing streamlining of 43 ‘Vivid Bharati’ channels to nine language-specific entertainment services and combining region-specific channels to a single common regional public service in every state.

Local radio stations, which broadcast programmes generated with city-specific flavour apart from Vividh Bharati service, would be re-designated as part of FM Rainbow network and can have local iconic names as part of branding to deepen the local connect.

These stations would carry city-specific programming and a mix of public service broadcasting and entertainment from national and regional services like Vividh Bharati, AIR Live News 24×7, Regional Vividh Bharati channel among others.

The proposals got a green signal in two meetings on September 29 and October 14 held at the Prasar Bharati Secretariat, according to the minutes of the meeting.

The decision came as a need was felt to rebrand AIR radio services to “position itself distinctively in the current competitive market scenario, keeping the balance between public service broadcasting, and commercial concerns that focus more on quality than content”.

It was also felt that the delivery platforms should be service-agnostic; and that any transmitter should be able to take any service based on the need of the service area it caters to.

Rationalising Vividh Bharati services and for streamlining the broadcast of songs, it has been decided to have only nine language-specific entertainment services based on the pattern of the Vividh Bharati National Service.

These regional entertainment services will be in Assamese, Bengali, Kannada, Malayalam, Marathi, Odiya, Punjabi, Tamil and Telugu and Vividh Bharati National Service being originated from Mumbai will be treated as Entertainment Service in Hindi Language for the entire country.

With multiple primary channels in states “carrying content of similar nature resulting in duplication of efforts”, Prasar Bharati now plans to have a common regional public service in each state and union territory except for Jammu and Kashmir as well as Chandigarh.

Citing reasons for the move, the minutes said that region-specific languages and dialects are localised to individual transmitters and are not accessible across the state.

“This is resulting in very poor appreciation of linguistic diversity within a state. Also with economic mobility the audience for a language/dialect are no longer limited to a single local physical region. With the advent of smartphones and digital platforms there is an expectation to listen to content anywhere in the state or even in other states,” it said.

This would help in optimal utilisation of resources and ensure the entire diversity of content is accessible anywhere and at any time.

These common regional public services will have contributions from the primary originating studios within the state and the common Fixed Point Charters, which is the schedule of the programmes to be aired, for these services will cater to the linguistic and cultural diversity across that state.

These services can be utilised by all stations across the states/regions to their programme requirements along with a provision for contribution to the common service.

This material remains © The Printers (Mysore) Private Ltd. and is only to be used for non-commercial personal or research use. Any other use requires permission of the copyright holder. 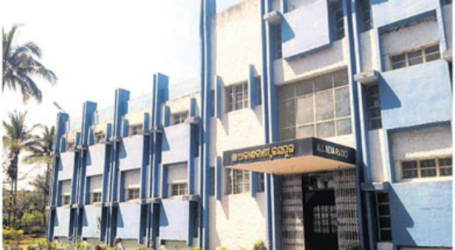