The story of the Leviathan

The American magazine, Radio News; for October 1924, tells the story of what is described as America’s first floating broadcaster. This is what the article from 78 years ago says:-

The U. S. S. Leviathan is the first floating broadcast station. It is not yet officially licensed to broadcast, but instead it is operating on an experimental license with the callsign WSN. The U. S. Shipping Board has applied to the Department of Commerce for permission to broadcast while at sea.

During a recent trip to Europe, the Leviathan sent out several concerts supplied by the ship’s famous band and the artists aboard. These concerts were picked up by several ships which reported the reception with thanks. A station of the British Broadcasting Company in England also intercepted the concerts and re-broadcast them from the company’s network stations, resulting in many letters from British fans who enjoyed the wireless entertainment from aboard the ship.

Commenting on the experiment, an official of the Shipping Board said that while broadcasting from the Leviathan was not established permanently, yet the trials had proven that the broadcasting of concerts while at sea was practical and that it was appreciated by thousands of persons out of range of most land broadcast stations and other means of entertainment.

Little radio interference is anticipated by the broadcasts from the Leviathan. It is pointed out that in New York a number of broadcast stations are on the air daily, and in addition there are several communication stations in operation, as well as many ships constantly on the air, and they all operate effectively and satisfactorily without causing mutual interference.

This is taken as an indication that program broadcasting on a suitable wavelength would be an advance step which would not affect adversely the exchange of radio telegraph communications nor decrease the present efficiency in the radio watch maintained on 600 metres.

The approval of the Department of Commerce is being sought to continue with the concert broadcasts from the Leviathan. It is also understood that an international understanding will need to be secured in order to eliminate needless interference both afloat and ashore, before ocean concerts can be permanently established. 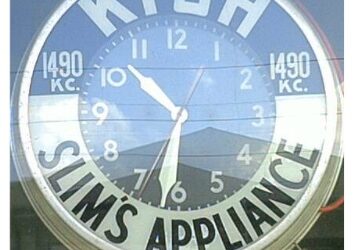 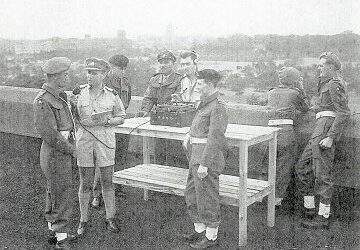