Our program here today in Wavescan is a very special program; it is all about Bird Calls on Shortwave Radio.  You will hear the Bird Call identification signal from five different shortwave stations, and we will also tell you a little about the bird that is featured in the sign on routine, as well as about the station itself.  We begin with, South Africa :-

The Bird Call in the sign on routine from Radio RSA was the Bokmakierie Bird.  The Bokmakierie is a smaller bird as a form of shrike, and it is a pretty bird in green yellow and black that is found in South Africa and in Namibia.  This bird is named from the call it makes, a range of loud whistles and calls, some times as a duet with another bird.

Let’s listen now, to the call of the Bokmakierie Bird, as featured in the sign on routine from what was Radio RSA in Johannesburg South Africa.

Next, we go to Radio Australia, the international shortwave service that was on the air from the ABC studios in Melbourne Victoria, and unfortunately this station is also off the air.  Radio Australia began as Australia Calling, and it was officially inaugurated on the 45th birthday of Prime Minister Robert Menzies in 1939, on December 20.

Back during that era, Radio Australia was on the air shortwave from the AWA transmitter station VLQ at Pennant Hills near Sydney in New South Wales, VLR Lyndhurst near Melbourne in Victoria, and VLW Wanneroo near Perth in Western Australia.  Subsequent transmitter bases for Radio Australia were also in use at Shepparton (Victoria), Carnarvon (Western Australia), Darwin (Northern Territory) and at two locations in Queensland, Bald Hills near Brisbane and Brandon along the Pacific coast.  Radio Australia was finally closed four years ago with its last broadcasts on Tuesday January 31,  2017.

The call of the Kookaburra was a familiar part of the sign on routine for Radio Australia in its shortwave broadcasts to the Pacific, Asia, and the world.  The Kookaburra Bird is found throughout Australia and in New Guinea and its name was taken from an aboriginal word that describes the sound of its laughter.  In late afternoon, a chorus of laughing Kookaburras can be heard in suburban areas where there are many trees, and elsewhere all across Australia in its vast country areas.

That was Radio Australia with its call of the Kookaburra, and next we cross the one thousand mile wide Tasman Sea and visit distant New Zealand where we find Radio New Zealand International and its shortwave service to the Pacific.

Radio New Zealand entered the shortwave arena in the Pacific back in the year 1941 when the 1 kW communication transmitter ZLT was on the air with a daily news bulletin as ZLT7 on 7615 kHz.  That transmitter was located on top of Tinakori Hill, overlooking the city of Wellington.

After the end of the Pacific War, two shortwave transmitters at 7½ kW each were installed at the Titahi Bay radio station out from Wellington and these carried the international programming for Australia and the Pacific from New Zealand.  The third location for Radio New Zealand International is  at Rangitaiki in the center of the North Island and this station is on the air these days, sometimes in analog mode and sometimes in digital mode.

The song of the Bell Bird is heard in the shortwave service of Radio New Zealand International and it is a significant component of the famed New Zealand dawn chorus of bird song that was much noted by early European settlers.  It is a small olive colored bird and the explorer Captain Cook wrote of its song “it seemed to be like small bells most exquisitely tuned”.

That was Radio New Zealand International with its song of the Bell Bird, and next we cross the Pacific, or part thereof, until we come to the Gilbert Islands, now known as Kiribati.

The Republic of Kiribati is an independent island nation in the central Pacific, with a total population of a little more than 100,000.  Previously known as the Gilbert islands, they gained their independence from the United Kingdom in 1979.

They began a sporadic shortwave service in 1952, which grew into a regular service as VTW two years later, though subsequently the broadcast callsign was modified to VSZ.  Their shortwave broadcasting service was intended for direct off air reception throughout the Kiribati Islands, and also as a program feed to Christmas Island, 2500 miles distant.  Their shortwave service came to an end about 30 years ago.

The sign on routine from Kiribati, or the Gilbert & Ellice Islands, on both mediumwave and shortwave, presented the sea sounds of the nearby ocean, and the bird calls were from a local variety of Sea Gull.

That was the Bird Call from Radio Kiribati, long long ago.  We return now to the radio scene in Africa, and this time, to the country of Botswana.

The nation now known as Botswana, known previously as Bechuanaland, is a landlocked country that lies against the northern border of South Africa.  The capital city is Gaborone, and the total population of this sparsely populated mainly desert country is just 2.3 million.

Radio broadcasting in Botswana began in 1963 with the introduction of radio programming over a 1 kW shortwave transmitter under the callsign ZNE, which soon afterwards was modified to ZND.   The similar and better known callsign ZNB was the official identification for the shortwave station at Mafeking, just outside the border of what is now Botswana.

Even way back then, the use of a recorded version of cow bells announced the beginning of a new daily transmission from the shortwave station in Botswana.  As was evident to the keen listener, mixed in with the sound of the cow bells of Botswana, was the sound of the common rooster, and there are 23.7 billion of them, found in so many villages all around the world.

We should mention that the shortwave station operated by the government was closed many years ago.  However, Botswana is still on the air shortwave to this day via the relay station that carries  programming from the Voice of America.  Here now is Radio Botswana with its cowbell tuning signal, complete with the call of the village rooster.

This feature was written by Adrian Peterson and originally aired on Adventist World Radio’s “Wavescan” DX program of January 2, 2022 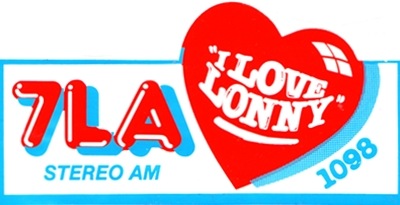 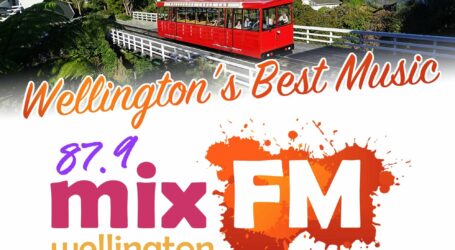