Historic Radio Broadcast from the Statue of Liberty

The August issue of the American magazine, “Short Wave Craft”, in the year 1935 tells a very interesting story about a unique radio broadcast from the Statue of Liberty. It happened this way.

The French passenger liner “Normandie” began its maiden voyage from Le Havre in France just 68 years ago, on May 29, 1935. This luxury liner was the largest and most luxurious passenger ship afloat at the time, at more than 1,000 ft long. The “Normandie” crossed the Atlantic on this its maiden voyage arriving in New York just five days later.

At the time of its launching two and a half years earlier, on October 29, 1932, Radio Paris made a shortwave broadcast to the world of the ceremony. While out in the Atlantic on its maiden voyage, the “Normandie” made several music broadcasts en route as was the custom of the day. And on its arrival in New York on June 3, 1935, there was another spectacular and historic radio broadcast.

A welcoming program for the arrival of this new ship was compiled in Washinton DC and this special broadcast was fed by telephone line to the Statue of Liberty on Bedloe’s Island in New York harbor. On the torch in the upheld hand of the Statue of Liberty was a special radio transmitter that modulated a beam of light.

This pulsating modulated light beam from the Statue of Liberty was picked up on a special receiver on the “Normandie” some five miles distant. The signal from this unique location was de-modulated on the moving [assenger liner and fed into the public address system as well as into a 50 watt shortwave transmitter. This small and specially installed shortwave transmitter relayed this broadcast back to New York where it was received by mediumwave station WEAF and fed into the NBC Red Network for a nationwide relay.

In addition, the General Electric shortwave station at Schenectady, station W2XAD, also carried the same programming which was picked up in France and re-broadcast throughout their country on their mediumwave and longwave networks. The French shortwave service also broadcast this unique program as a relay to the world. 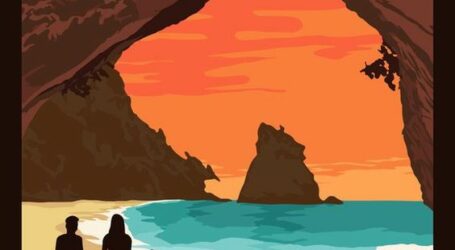