Radio to the Rescue – On the Rocks

In the era before World War 2, our planet was just awakening to the fact that the new medium of shortwave radio possessed the capability of instantaneously communicating with the ends of the earth. With the rapidity of international electronic communication, attention could be drawn to the plight of peoples in desperate need, and it really did happen just that way. In this feature article on “Radio to the Rescue”, we tell the story of two vastly separated island communities that were in desperate need more than half a century ago and how international communication by shortwave radio alerted the world of their plight. The two locations were Pitcairn Island in the wide Pacific, and St Paul’s Rocks half way between Africa & Australia; and the year was 1938.

But first, let me reminisce a little. Back in the days when I was a late teenager, I befriended a young family that had moved from country New South Wales to the city of Adelaide in South Australia. They served in Adelaide only a year or two and then they were appointed as missionaries for service on Pitcairn Island. He was a church pastor and she was a nurse, the required combination for a two year term on Pitcairn Island. After they settled into the regular routine of daily life on isolated Pitcairn, he posted a letter to me in a business-sized envelope covered with all of the colorful postage stamps then in use at the Pitcairn post office.

A few years later, my roommate at a boarding college near Newcastle in New South Wales was a cane farmer boy from Queensland. The teenage girl from Sydney who later became my wife also had a roommate at the same college and she was the daughter of a subsequent missionary family on Pitcairn Island. Both sets of roommates married; I married the Sydney girl and my roommate married the Pitcairn girl.

Many years later I was writing scripts for “Radio Monitors International”, the earlier DX program from Adventist World Radio, and I produced a short series on the story of “Radio Broadcasting on Pitcairn Island”. Yes, it is indeed true, Pitcairn was on the air before and after World War 2 with broadcast programming. In 1938 the callsign was PITC & VR6A with program relays to the network systems in the United States, and after the war it was on the air under the callsigns ZBP & ZKG. A total of 1500 QSL cards were printed for the pre-war relays which were received on shortwave by KKW & KKR, the RCA communication transmitters at Bolinas in California.

Anyway, when VR6A-PITC made communication with California, one of the amateur radio operators who maintained frequent contact with Pitcairn was Dorothy Hall at W2IXY. At the time, there was a problem on Pitcairn Island. The popular news rumor was that the nearly two hundred islanders were suffering from some sort of contagious plague but in actual reality the small island was running short on food. No ships had called for a while, and W2IXY passed on the information to the relevant authorities. The next ship that was passing nearby called in to Pitcairn, dropped anchor off Bounty Bay, and ferried food supplies by long boat to the small community living in Adamstown.

Now, that was the story of one island, “on the rocks” as it were. Pitcairn is a rugged outcrop in the wide Pacific with a total area of just two square miles. It vies with Easter Island for the title of the world’s most isolated island. The other “rock in need” in this feature is St Paul’s Rocks, which, as mentioned earlier, lies half way between Africa & Australia. This is what happened.

Again, it was the year 1938, and the residents on another island were in desperate need from the international community. At the time, the island outcrop was known as St Paul’s Rocks but these days the atlas shows it as St Paul Island, and literally, it does lie in the Indian Ocean quite accurately half way between (South) Africa and (Western) Australia.

It just so happened that the ocean-going vessel, “Ile de Bourbon” made a visit to St Paul Island and anchored a distance off shore. When the crew went ashore, they discovered that the island’s residents were in a starving condition and that very little food was available. There are no permanent residents on St Paul Island and over the years it has been the temporary home of ship wrecked sailors and expeditionary personnel. The ship’s crew made available to the island what food they could, but they also made an even better gesture. The radio officer on board the “Ile de Bourbon” made an emergency SOS broadcast, appealing to the international community to send food to this island. And would you know it? It was the Christmas season and the date was December 21, 1938.

In the United States, there was a shortwave listener who just happened to be tuning across the bands on his shortwave receiver. He was William Palmer in Ohio and he heard the emergency SOS broadcast from the “Bourbon” and passed on the information. In addition, he also sent a reception report on this unique broadcast to the “Bourbon'” at its home port and, wonder of wonders, in due course he received a QSL letter verifying his remarkable reception, a once-in-a-lifetime broadcast from a lonely ship at an isolated island, “downunder” and half way around the world. 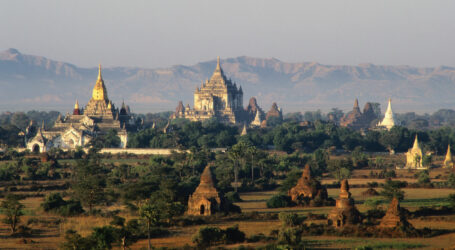 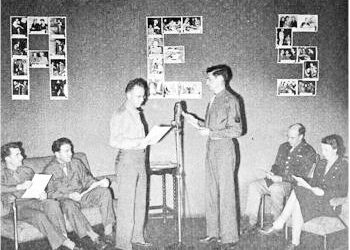 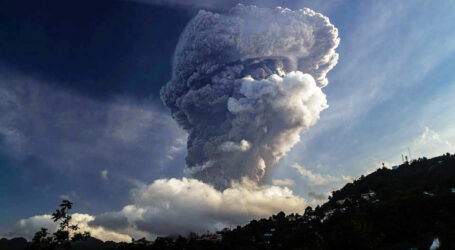