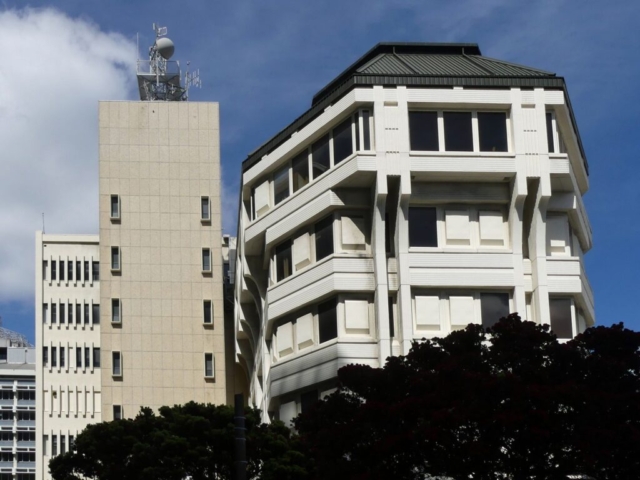 Wellington Transmission Centre was one of the facilities housed in this group of buildings, Wellington's Central Telephone Exchange. Photo: Brutalist Buildings

The changing of the guard at the Wellington Transmission Centre took place every day at 7 a.m., 5 p.m. and 11 p.m. On Saturdays and Sundays the afternoon shift commenced at 3 p.m. and, on Sundays, the morning and evening shifts commenced at 8 a.m. and 10 p.m. There were other shifts such as noon to six, eleven to five, and eight to five, but the three key shifts kept the transmission station running around the clock.

In the days of analogue communications, the transmission stations of the New Zealand Post Office were the places where speech circuits were multiplexed together for long-distance communication via broadband links. The individual speech channels were electronically stacked into groups of 12, then into supergroups of 60 and finally into broadband systems of 960 circuits. Other methodologies were used, but this was the backbone of the communications network in the 1970s and early 80s.

At the end of the day, smaller transmission stations would put their alarm systems into “night service” for monitoring – usually by operators at the nearest manual toll board. If an alarm occurred, the shift supervisor would call out one of the techs. But some stations had regional responsibility, and were staffed 24 hours a day.

At Wellington Transmission, the dog-watch commenced at 11 p.m., at which time the three “doggo staff” would take over from the evening’s 5-11 shift. Around the country, a similar hand-over was occurring at Auckland, Hamilton, Palmerston North, Christchurch and Dunedin in the late 1970s and early 1980s.

As 11 p.m. approached, logs were checked, alarm consoles scrutinised, and intelligence from the evening shift was passed over. At Wellington, if Robbie was shift boss, there’d be a cheery “How are ya, sunshine?” followed by his walking to the radio monitor panel to the accompaniment of snapping fingers. The monitor would be set to National Radio and there it would stay. Woe betide anyone who changed it to another station – unless, of course, some fault investigation required it.

Over the next hour, things would be bedded down for the night – logs analysed, and headed up for the new day, statistics prepared, teleprinter messages summarised and the midnight message WN TRANS TO ALL STATIONS, THIS IS SEQUENCE 1, would be sent on the omnibus teleprinter to transmission stations at group or zone centres. While the midnight message was being typed, the late Relda Familton would be starting her graveyard shift at National Radio ending her summary of the morning’s fare with her usual quip “this and that, music and chat.”

The stage was now set for a new day of work. Scheduled maintenance could commence and, if a fault developed, instructions for its rectification would be sent in authoritative phrasing on the omnibus printer; cross-patching of working circuits could not be carried out without such authorisation. This was the scene in the Test Room.

Next door, in the Radio Telephone Terminal, the designated “TO” (Technical Operator) would have followed a similar routine with his or her counterpart on the previous shift. Scheduled radio contacts with ships which were written in chinagraph pencil on the Sked Board would be checked. Unusual propagation conditions announced by Australia’s Ionospheric Prediction Service, IPSO, would be consulted.

Any calls in progress would be checked on the hour, and the status of the circuits entered into the radio logs. If the signal had deteriorated, then the circuit would be taken back from the toll operators and an immediate QSY (frequency change) carried out.

As the outgoing shift headed off, a cuppa might be shared on a quiet night before the members of the team headed to their designated midnight routines. For the TO this always involved the ten past midnight sked for the weather stations at Raoul and Campbell.

More often that not, the cuppa was a snatched affair for the Technical Operator. The radio circuit for Chatham Island had to be taken down for the night and, if Scott Base had enjoyed a rare evening of favourable propagation, they too would have to be shut down when ready.

Communication with Scott Base in Antarctica was best carried out in the evening hours, provided the sun was not playing merry hell with propagation and trying to light the sky with aurorae. Wellington and Scott would meet on pre-arranged frequencies every evening and proceed to tune a “commercial” circuit. Through the background noise would come the barking huskies of Scott’s test tape – I’m convinced the tape recording had more noise on it than the radio circuit did! If man-made or natural noise was present, the receiving station at Makara, on Wellington’s south coast, would be consulted. Tests would be carried out and a frequency change made to achieve an M3 quality circuit – the lowest grade allowed for private toll calls, except in an emergency.

Once a quality circuit had been achieved, the five-band privacy would be switched in to encode the speech on the radio circuit and Scott Base was ready to go. The circuit was switched through to the Wellington TMX (manual toll exchange) and calls to family and friends could commence. The circuit needed regular monitoring as reception could rapidly deteriorate. The circuit was usually taken down by 9 or 10 in the evening.

In all my time in the radio terminal, Scott Base was only kept up round the clock on two occasions – once (for many days) when the DC10 crashed on Mount Erebus and on another occasion when a VIP on a military transport was overdue on a flight back from the ice. On the former occasion, we even managed to put up a second circuit – usually on the other sideband – for Scott so that the numerous police and air accident inspectors could carry out their work. On the second occasion, raising Scott Base in the middle of the night involved some ingenuity – and alarm at their end. After all, the cold war was still in progress at the time, and the TO at Scott feared the worst while he was trying to get his transmitter warmed up.

By the end of the doggo shift, Relda Familton would have signed off from her graveyard shift on National Radio and headed home. In the radio terminal, her voice would again be heard as the TO at Chatham Island ran their test tape for receiver tuning by the staff at Makara. A new day of skeds was beginning. “This is a single sideband transmission for receiver alignment purposes from ZLC Chatham Island. This station is operated by the New Zealand Post Office.” I can still hear her pearly tones today. 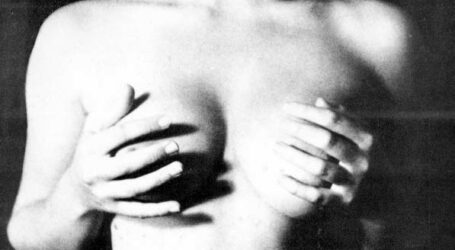