In recent time, many interesting events have occurred in the international radio scene, and we interrupt our regular routine here in Wavescan to present two of these events in today’s edition of our DX program. These two events are an unexpected shortwave relay in the South Pacific and the power blackout in North America.

A surprise item of information came from the noted North American DXer John Figliozzi, stating that Radio New Zealand International is taking out a special relay from the shortwave service of Radio Australia. We decided to look into this matter and find out about the historic background of radio relays across the Tasman, and this is what we discovered.

In actual fact, there have been four major eras since the beginning of radio broadcasting in the South Pacific during which radio programming in New Zealand has been relayed specifically for rebroadcast in Australia; two eras on mediumwave and two on shortwave. The first of these eras was in the 1920’s and 1930s, and in those days the program relay across the 1,000 miles of the Tasman Sea was carried on mediumwave.

Some time in the late 1920s, an Australian singer on location in New Zealand sang a patriotic song on local radio in New Zealand and this program was picked up in Eastern Australia and relayed locally on mediumwave.

Then, in 1930, the famous American explorer Admiral Richard Byrd, called in to the southern city of Dunedin (dun-EE-din) on his way back from the South Pole. He made a radio broadcast by telephone from Dunedin and this was carried live by the new 5 kW mediumwave station 2YA in Wellington. This programming was relayed on shortwave by the Australian station VK2ME for the benefit of listeners in the United States who heard the event on relay over their local network station.

In 1931, there was a disastrous earthquake that destroyed much of Napier in the North Island. News reports from the scene were assembled by the government radio network and carried nationwide on mediumwave. The shortwave communication station ZLW near Wellington also carried this same programming on shortwave and this was relayed again by VK2ME for local relay throughout Australia. Similarly, the New Zealand segment of the famous South Seas Broadcast of 1933 was transmitted by Wellington Radio and relayed worldwide by VK2ME.

For a short period of time in 1940, the new government shortwave service, “Australia Calling”, carried a bulletin of New Zealand news for New Zealand soldiers on duty in North Africa. These broadcasts were carried by VLQ near Sydney and by VLW near Perth in Western Australia.

For a couple of years beginning in 1950, the 100 kW Shepparton transmitter VLB provided a daily bulletin of news from New Zealand for the benefit of their soldiers stationed in Japan.

On this curren occasion, the feeder line from the 100 kW Thomson-Thales transmitter of Radio New Zealand International at Rangitaiki (RANG-ee-tah-EE-kee) in the centre of the North Island failed. This problem occurred at 0505 UTC on Saturday August 30 during their scheduled transmission on 17675 kHz.

While parts are awaited from the manufacturer in Europe, RNZI took out a relay over a 100 kW unit at Radio Australia Shepparton, beginning on September 8. This broadcast of the “Pacific Breakfast Show” is on the air daily from around 1700 UTC on 9580 kHz. It is presumed that Radio Australia receives the programming from New Zealand either by satellite or the internet.

It is expected that the RNZI transmitter will return to the air some time during the early part of this new month, October. Those who can hear this emergency relay should endeavor to obtain QSL cards from both Radio Australia and Radio New Zealand International while this unusual opportunity is still available. 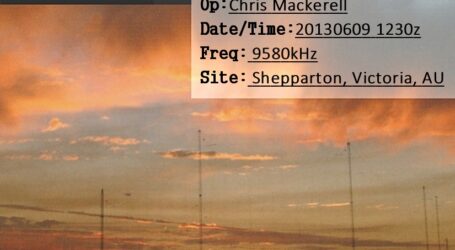 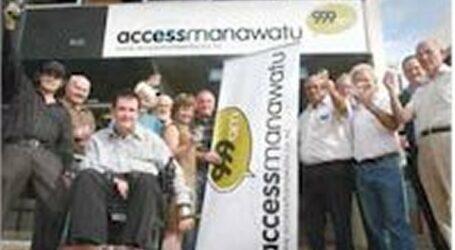