Syros – about four hours ferry ride from Athens – is a tranquil island known as the Cinderella of the Cyclades (writes Monica Lillis). Today, the island is home to Empneusi FM, a radio station dedicated to the broadcasting of traditional Greek music and the coverage of local events. Owner Yiannis Denaxas tells us about how the station got started and its most popular DJs.

The radio frequency had belonged to my father since the mid-1990s – he used to have his own radio station called Super FM. After he died in 2013, I inherited the frequency and all the machinery. So I thought I would take a risk. It took six months to get ready and start broadcasting.

Who is your most popular DJ?

It is not easy to point to one because each has a unique style and followers. However, I will mention both Yiannis Kouloukakos and Kiriaki Ailianou, who have a notable career in radio producing so far. They continue to make our station fun and exciting.

Our repertoire is mostly eclectic Greek music, so we play a lot of covers from well-known songwriters such as Manos Loizos and Pavlos Sidiropoulos. 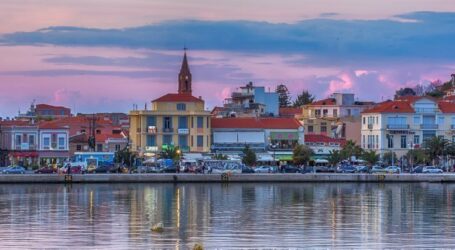