I’d like to share a true story that has unfolded over the past few weeks. It began early in 2004 when I came across a color photo for sale of the WXLH studio building on the island of Makin in what is now Kiribati. I arranged for a copy of the photo to be available to Adrian Peterson in Indianapolis, and he subsequently mentioned it during one of his recent radio heritage programs, adding that very little was known about this briefly operated station in 1944.

A few weeks ago, I got an email from Walter Sammis in Plantation, Florida which started:

“My father was the officer in charge of WXLH. He passed away 11 years ago without telling us much about what he did during WW2. He was a radio broadcaster before the war, and I recently found pictures of him at WXLH on Makin. I’ve been a ham radio operator since 1964, and I can tell you that I’ve never seen a station more basic or any simpler than the one depicted in these early pictures.”

Walt kindly sent me a series of photos, taken both on the opening day, July 16 1944 and a few months later, using a small personal camera of the time. I’m going to share a couple of those with you. The first shows Walt’s Dad, Captain Herbert F Sammis standing outside the WXLH studio, and the second shows his Dad in a group photo which includes famous American entertainer, Bob Hope, who visited Makin during one of his Pacific entertainment tours.

Within a few days of that email, Walt had unearthed a contemporary description of local programs on WXLH, got in touch with Jimmie Schnell who was an announcer at the station before moving on to WXLI Guam – and who had even more photos of WXLH – and found me a list of all the original AFRS personnel assigned to the Pacific in 1944.

From having just one photo of the studios taken over 60 years ago and a few notes about WXLH, we suddenly had a collection of photos, contact with one of the original DJ’s and more information about this station – which was only on air for a little over three months – than we ever dreamed possible.

This story is similar to many others I’ve come across in the last few years. A photo here, a radio program there, an email or letter here, and before too long, stories begin to emerge just like radio signals, seemingly out of nowhere.

Here at the Radio Heritage Foundation, we’re providing a safe home for these stories, and the many materials that help tell them. I hope you enjoy Walt’s special pictures. Very soon, we’ll have an article about WXLH ready to share with you, with more of the pictures from Walt’s Dad, and some great stories about early radio on the island.

Bookmark us now, and enjoy the stories of Pacific radio from the 1890’s through to today as our global team shines the spotlight on the past, unearths long forgotten treasures, and looks at contemporary broadcasting from around the Pacific Rim.

Share your stories and support with us in 2005 in the same way Walt has with his Dad’s story from 1944. Around the web site you’ll find lots of information, news and ways to get involved. Enjoy your visit today, and tell me what you think about what you find.

In the meantime, from Wellington, New Zealand here in the South Pacific, Season’s Greetings and Happy Holidays!

Amongst the familiar names affected were KCC-FM in Northland, Fifeshire in Nelson, Foveaux from Invercargill, and Balclutha’s Big River Radio.

Just weeks earlier, CanWest also dropped the brands of Radio Otago, Lite-FM in Christchurch and 2XS in Palmerston North as part of a similar restructuring involving both MORE FM and The Breeze.

We’ve asked CanWest what plans they have to preserve memorabilia from these stations such as ID jingles, airchecks, car stickers, old advertising, promotional items, photographs and other materials, and whether they’ll help keep the memories of these stations and their contribution to Kiwi radio heritage alive through supporting their stories being included in our on-line archive project.

Overnight, decades of radio heritage can disappear so quickly.

The History House Museum in Greymouth, New Zealand is an example of how local historical groups can be the home of radio heritage materials which everyone else has long forgotten about.

They have a copy of ‘Looking at the West Coast from August 1965 which features photographs and stories from five West Coast radio stations, only one of which is still broadcasting today.

Many local newspapers and radio stations in Australia and New Zealand have produced similar booklets or newspaper inserts.

Your local historical society or museum may be a good place to start looking if you’re interested in your local radio stories.

The current series of radio heritage documentaries being broadcast over Radio New Zealand International is proving popular with listeners around the world. Downloads from the RNZI audio-on demand web site have increased in recent months, and on recent visits to Niue and Samoa, raw material for several more programs has been obtained.

Copies of the programs and scripts are now lodged with Sound Archives in Christchurch and add to their collection of Pacific broadcasting materials.

If you have recordings of Pacific island radio stations you’d like to see find a safe home, get in touch with us so we can make the arrangements and have your contribution recognized.

Community broadcaster VL2NI on Norfolk Island is one of the oldest such stations in the Pacific. Look out for a revamped series of articles on the station coming here early in 2005.

‘Electronics Australia’ had a number of articles on broadcasting history and station profiles for stations throughout Australia in the 1950’s-1970’s and if you’ve got access to any of these magazines, we’d like to hear from you.

Other radio magazines from the 1920’s onwards also contain fascinating radio heritage materials which have been hidden for too long, and if you’d like to help shine the spotlight on them again, contact us. 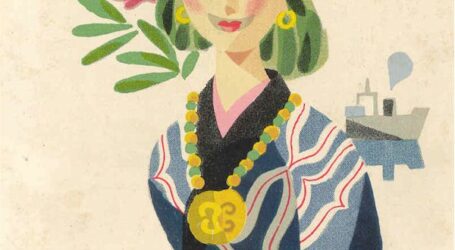