In September 2007, 4KZ Innisfail 531 AM celebrates 40 years of service to Far North Queensland.

Manager Al Kirton is planning a souvenir brochure and a 40th reunion for former staff members. If you’ve got any memorabilia, photos, tape recordings, promotional items or want to share some memories about 4KZ, please contact us today.

Al tells us he’s been throwing stuff into a big old filing cabinet for years and even has the original 4KZ checkbook, and he’d love to hear from anyone involved with the station since 1967.

If your station is celebrating an anniversary, and you’d like publicity, help with memorabilia and to get the old gang together, contact us today.

This is the official Radio Hauraki 40th Anniversary logo. It’s use indicates that the event involved has been approved by Radio Hauraki as part of its anniversary celebrations.

Radio Hauraki has posted some iconic photos to celebrate their beginnings.

Radio Hauraki Staff – Where Are You?

Calling All Past and Present Radio Hauraki staff.

November 2006 will mark the 40th Anniversary of the first transmissions from the Radio Hauraki pirate radio ship Tiri and to commemorate the occasion we have organised the following events:  > Events  > Staff Function Invite

Mati Trio on Radio Station 1YA

In 1930, the Mati Trio were popular entertainers on Radio Station 1YA Auckland, New Zealand.  > read more

The ‘top hat’ of the JORK transmitting tower, and the modern style building are typical of early Japanese radio.  > read more

I thought we’d take a tour around some of the islands, and look at some of the issues facing local broadcasters as we enter the brave new world of the internet, satellite radio, and converging technologies. We’ll also look at The Pacific Plan, and what kind of broadcasting future this has in store for us.  > read more

Imagine thick jungle, incessant rain, tropical heat, the continual roar of aircraft engines taking off and landing from hastily carved out runways, and the hustle and bustle of thousands of troops coming and going. You’ve then got some idea of the unlikely setting for the first introduction of radio broadcasting to many parts of the South West Pacific.

As American forces bolstered Australian units in New Guinea, they were soon looking for entertainment, and this was normally supplied from Tokyo Rose propaganda broadcasts, some coming from a transmitter in the occupied New Guinea port of Rabaul. Some unauthorized US stations began broadcasting from airbases [such as the cluster at Nadzab] and plans to establish official AFRS radio stations were hastily moved forward. > read more

It was on 30th March, 1936, that the first broadcasting Station to operate from Inverell, Northern New South Wales, went on the air, using the call-sign 2LV. Less than a year later the demand for the services of the new station was so insistent that an increase in power was granted, and the station became 2NZ, Northern New South Wales. > read more

Station 3BO Bendigo commenced operation on 4th June, 1931, and transmits on a wave length of 309 Metres, 970 K/C ‘s. Serving a wealthy area in Central Victoria, the Station has a complete coverage of Bendigo and District. > read more

Radio History: 4CA Cairns “At the Top of Australia”

The Cairns Station is the most northerly on the Australian Coast. It is owned and operated by Amalgamated Wireless (Australasia) Limited, and, as it gives trouble-free reception to listeners of Cairns and District , it is of particular value in that Area.

4CA operates on a Wave Length of 300 Metres (1000 K/Cs.). The Station commenced operations on May 16th, 1936, and over the last ten years has maintained an uninterrupted service to its listeners. > read more

A BIG THANKS to everyone who sent in their entry for the first ‘pirate’ Radio Hauraki competition.

Since the 1990’s, New Zealanders have been able to create their own low power FM radio stations and begin freely broadcasting on a narrow range of frequencies. Commonly called the ‘guardband’, these frequencies are at the top and bottom ends of the standard FM dial. The power is very low and coverage is usually 5-10km from the transmitter location.  > read more

One copy of the rare CD ‘A Fresh Pacific Wind’ compiled by David Miller to give away.

Just tell us the name of the ship that ‘pirate’ Radio Hauraki first broadcast from on Sunday, December 4, 1966.

Hint, simply visit the official ‘pirate’ Radio Hauraki pages and you find the answer. Yes, it begins with the letter ‘T’!

The Vintage Radio and the Cow

In the 1980s, a band called The Sports wanted to know who listened to the radio.

Well, cows do – at least at Alan Braid’s West Kentish dairy farm they do.

Mr Braid knows a thing or two about radios and the 400 or so in his workshop span more than a century of airwave technology. All are Australian, all are functional, and Mr Braid has not lost the passion to sniff out more.  > read more

As the world traveling tourist knows, the island of Singapore is both ancient and modern. Its pre-history goes way back through the centuries into the unwritten eras of legendary events more than a thousand years ago, and yet it is these days a fast, modern and bustling city of international trade and commerce.  > read more

From Beijing, China Radio International covers events from across China and from a North Asian perspective; NHK Tokyo has key news from Japan and links to English language radio and TV news streams, and the ABS-CBN Manila site covers events in the Philippines in partnership with the Manila Times.

From Jakarta, Radio Republik Indonesia provides the latest news from the world’s largest Islamic nation, and All India Radio in Delhi covers major events from across the sub-continent.

Finally, the BBC News uses a network of bureaus across both Asia and the Pacific for their global perspective of the region from London.

Audio and TV video streaming as well as English language shortwave broadcasts are available from nearly all these broadcasters.

I’m Jim Collins. I had the task of replacing ‘The Tree’ at WXLE.  > read more

The official pirate Radio Hauraki site is coming here soon as part of our Virtual Archive program. In the meantime, visit the welcome page to sign up for newsletters and to stay in touch with celebrations and events planned for the 40th anniversary of the ship based Radio Hauraki.

Celebrated throughout the world as a true pirate and free radio operation in the late 1960’s, the events of those early days have etched themselves into Kiwi culture as pirate Radio Hauraki’s battle for freedom of the airwaves earned the free radio ‘1480 Good Guys’ iconic status. 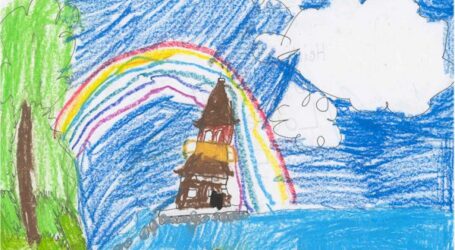 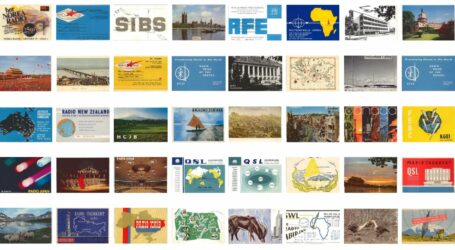 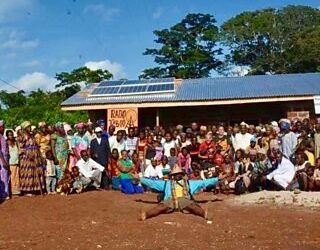