No, it’s not what happens to people who over indulge during the holiday season!

Rather, the New Zealand broadcasting regulations in the 1970’s and early 80’s, allowed ‘short term’ local radio stations to broadcast for a limited time.

These so called ‘short term’ licences could be for as little as a few hours on one day, or maybe for a week, sometimes longer.

They were issued to stop the lid exploding off the pot of growing demand for new radio stations, and some of today’s radio landscape was crafted by these stations.

The Rhema Broadcasting Group [which now has 3 national networks and more on the way] began with a simple one day broadcast in Christchurch. in 1974. Wellington followed for another day much later.

The university b-Net stations began with ‘orientation’ broadcasts to new students for a week or so every year. These later became a series of licences rolled over back to back over the student year to meet listener demand.

The term ‘b-Net’ comes from the original Auckland University station name ‘Radio B’, which, began even less elegantly as ‘Radio Bosom’.

Radio Ribbet from Otago, Radio U from Canterbury and Radio Active from Victoria [Wellington] are other examples of student stations that lurched precariously onto the airwaves through a few days a year of approved mayhem.

Regional commercial stations such as Radio Waikato [1XW] in Hamilton, jumped on the summer market bandwagon, with short term stations like Radio Sam [1XC] covering the Coromandel during January, reaching thousands of Aucklanders and others on vacation in a radio dead zone.

Everyone from the Caravaners Association to Boy Scouts Jamborees, fund raisers for restoration of a historic ship at Waiuku, farmers at the early Fieldays at Mystery Creek, organizers of Air Displays and Street Car Races, local town boosters, and anyone who could fill out a form and find a transmitter, studio gear and someone who could switch on a microphone got their time on air.

At this holiday time of the year, when short term memory loss is forgiven, we remember some of those early broadcasters, the fun they had, and the good causes they supported.

Do you have your own [hazy or otherwise] memories of short term radio in the 1970’s and 80’s? Dig out the old cassette or reel to reel tapes of those few hours or days of broadcast and share them with us. Dust off the old photos, find the old promotional car stickers, and let’s let the memories linger a little longer.

As part of our ‘Celebrating Over 85 Years of Popular Kiwi Radio’ campaign in 2007, we’ll bring you more about these stations. For now, enjoy these images from ephemeral ‘short term’ broadcasters that paved the way for Kiwi radio today

Best wishes for the Christmas and Holidays Season & a peaceful and fulfilling New Year.

Radio 2UE is the oldest of the existing commercial stations in Australia: It commenced operating in 1925 on a license granted in 1924. Studios and offices are at Savoy House, 29 Bligh Street. Original transmitter was at Lillipilli, Port Hacking, but in 1942 it was replaced by perhaps the most modern transmitter in the Commonwealth. It is situated at Concord West and provides Radio 2UE with an unsurpassed coverage. The transmitter operates with a power of 1000 watts wave length 319 metres (950 K.C.).  > read more

In order to expedite his transfer, instead of being assigned to Armed Forces Radio Service – the unit that ran broadcast operations in the Pacific – [Ben Green] had been attached to Island Command, which operated two radio stations.  > read more

This trio of stations is operated by W.A. Broadcasters Ltd., and constitutes the Western Australian end of the Major Broadcasting Network. One basic programme is broadcast by 6IX Perth and relayed to 6WB Katanning and 6MD Merredin, which are connected by permanent land line to the studios of the Key Station at Lyric House, Murray Street, Perth.  > read more

Station 4TO Townsville commenced operation on 5th October, 1931. It transmits on a wave-length of 384 Metres 780 K/C’s. The Station serves a wealthy and progressive area and gives trouble-free reception to listeners in its service area.  > read more

Radio History: 2CK – Cessnock
“The Voice of the Coalfields”

2CK is owned by Coalfields Broadcasting Coy. Pty. Ltd., constituted from a diversity of interests from the commercial and industrial community of the Coalfields and Newcastle. It is situated on the Maitland Road at approximately the centre of the mining area, and has been appointed Official Station of the Australian Coal & Shale Employees’ Federation.  > read more

How many 1480 Club Members are still out there?

Why not register your number [if you can remember it!] and tell us what you enjoyed most about the club! Even if you can’t remember your membership number, drop us a line and let’s see how many of you there are!

Two members have already been in touch and here are their membership cards to help jog your memory!  > read more

Just the word ‘Hawaii’ conjures up every possible classic tropical image. It’s not surprising therefore, that a variety of Hawaiiana images have been used by Hawaiian radio stations in their commercial letterhead and logo designs.

This is only a taste of the Art of Radio Hawaii ©. It concentrates mainly on the period 1945-1980’s and on AM broadcasters. The opening image of Diamond Head is from a color promotional sticker affixed to a postcard issued by Hawaii’s first radio station, KGU.  > read more

Radio Tarana operates on 1386 AM with a 10kW signal that covers the country during darkness and is often received as far away as Australia, the Pacific islands, the USA and Europe.

Bruce Portzer has recently updated the hard copy downloads for the MW version of the Pacific Asian Log.

The PAL is the definitive guide to AM broadcasters in this extensive region of the world.

Used by broadcasters, engineers, listeners, advertising agencies, government planners and many others, PAL is the only list of its kind based on widespread monitoring of the mediumwave dial from Afghanistan to Alaska and the rest of the Pacific and Asia region.  > Try it out.

Here are some recent examples of work from their graphic artist team…and we look forward to sharing more from George FM in the future.

Got print ads at your station?

Showcase them for FREE here!

The year 1931 was a highlight year for early radio broadcasting in New Zealand. Less than a decade after new broadcasting rules were introduced in 1923, New Zealanders had enthusiastically built private radio stations throughout the country and a fledgling government national service was serving the four main metropolitan centers.  > read more

Nancy M Donne, better known to thousands of 1ZB listeners as ‘Gran’ – The ZB Radio Personality – released a book in the late 1930’s to bring together her homespun hints, recipes, thoughts about life and other ‘bits and pieces’ drawn from her Scots heritage.  > read more

We’re pleased to recommend the 2007 QSL Calendar from our friends at the Rhein-Main-Radio-Club.

Every year, they carefully select beautiful QSL images from around the world and publish them in this limited edition high quality calendar. These often include rare and long silent stations. The calendar is in English and is always popular, so send your order as soon as possible.

The price is just 14,80 Euros including shipping. Please send your orders to

and please also mention ‘Radio Heritage Foundation’ with your order. Or you can contact the club via email.

Your purchase supports the activities of the Rhein-Main-Radio-Club and the Radio Heritage Foundation.

We’ve dug into our vaults and found 5 special copies of ‘Voices in the Air’, the story of radio broadcasting in New Zealand, and we’re making them available as a limited one time offer to our supporters around the world.  > read more

Make a tax deductible donation to our new 2007 campaign ‘Celebrating Over 85 Years of Popular Kiwi Radio’ © and get your favorite radio book as a gift in return!  > read more

The ‘Shoestring Pirates’ enlarged edition with many new photos and packed full of the pirate radio story plus ‘A Fresh Pacific Wind’ the very best of Radio Hauraki 1966-1970 on CD.

To All Past & Present Radio Hauraki Staff
25 September 2006

Surprise – tomorrow is another Radio Hauraki birthday and 36 years ago at 6.00am Ian Magan was playing the Matt Munro version of Born Free to announce to Auckland (and the world) that Radio Hauraki was starting a new life as 1XA a legal 1480 AM station and was here to stay.

On October 3 1986, Australian media magazine ‘Ad News’ ran an unusual double page spread color advert for the Macquarie Metro radio network. Unusual, because it featured a series of vintage radio receivers with Australian radio station callsigns across and around their dials.  > read more

Three individual stations set up during this time carved out very special niches for themselves. Each began as a brave attempt to give a radio voice to un-served audiences. Each station was conceived, born and bred within the confines of a state broadcasting system.  > read more 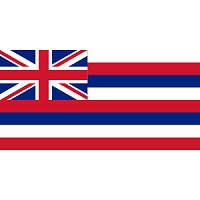 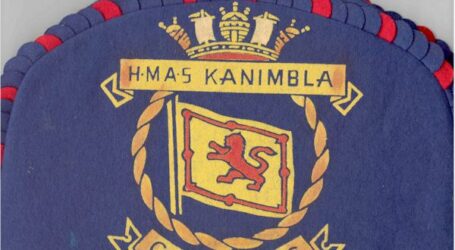