New Zealand’s radio heritage sites in danger.
But you can help turn these threats into opportunity!

The ease with which radio heritage can be destroyed overnight recently became painfully obvious.

3ZC manager William Shackle was known to young Christchurch school children as ‘Uncle Bill’. The tearooms in the store were often used for children’s parties, and young local talent would line up in front of the big old microphone to recite poems, sing songs and tell stories.

I heard from Uncle Bill’s now 81 years old daughter the other day. She was sad to hear of the loss. It closed another chapter in her life.

Even as the old 3ZC studio building burned to the ground, the original transmitter building and stand by studios for 3ZB at North Beach also come under threat of potential demolition by the Christchurch City Council as part of its management review of the area.

Ironically, popular Christchurch radio personality Grace Green broadcast from this very site when the original 3ZB studios in the central city were destroyed by fire soon after the station began operations in 1937.

Together with the Christchurch City Council, we’re looking at options to protect and restore the original 3ZB building instead of seeing it demolished. You can contribute time, materials and funds to take advantage of this opportunity to keep the building and find a contemporary use that celebrates radio heritage in the city. Will you help? Please contact us today.

On February 22, again together with the Christchurch City Council, we’re holding a meeting to bring together people and interest groups concerned about the threat to local radio heritage sites. Similar meetings will be considered for other areas in both New Zealand and Australia to raise awareness of the issue.

Radio heritage sites across the Pacific are largely unrecorded, unprotected, and in need of your help today. By financially supporting our on-going advocacy work, getting involved and ‘adopting’ a place of special interest in your own location, you can make a difference.

Please start today, because fires and bulldozers can destroy yesterday’s radio heritage tomorrow! You can make an on-line donation now, or contact us .

When it started in 1925, it was owned by the Electric Utilities Supply and had the call sign 2EU, later changed to the now familiar 2UE.

The oldest sports service on Australian radio began on 2UE, with coverage of horse and greyhound racing, and the station later played host to popular New Zealand radio personality Colin Scrimgeour whose earlier broadcasts from 1ZB Auckland were jammed by the New Zealand government.

Radio 2UE currently broadcasts 24/7 on the AM frequency of 954 kHz and still entertains and informs a new generation of Sydneysiders.

Interested in Sydney radio? Can you volunteer a few hours a week to bring the stories of these stations into our on-line archive? Simply send us an email today to find out how you can help keep decades of Sydney radio ‘on the air’, listen to the ‘old’ jingles again, and enjoy a wide collection of adverts, car stickers and other memorabilia, as well as true Sydney radio stories. 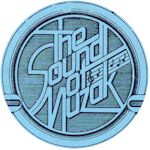