We often talk about ‘radio ephemera’, and some readers have asked for examples of what we mean so they know what to look for when searching for items to contribute.

Simply put, ‘ephemera’ is an item meant to have a short lifespan, such as an advertisement in one newspaper on one day, a magazine cover, a poster, a postcard, a program for a function held just once, a car sticker… these are a few examples.

They’re the kinds of things that most people throw away without a second thought. Luckily, some people either collect them, or they got hidden in a bottom drawer, old trunk in the attic, or just somehow survived nature, time and the trash collector!

We love ephemera! We have a happy home for ephemera. ‘Your junk is our treasure’ is our motto. Ephemera tells stories. Ephemera often supplies the images for words, the context for something that once happened. It helps put the story together and make sense.

From deep in our archives, we searched out some examples of ephemera to share with you and illustrate why we love ephemera!

Now you know what it looks like. Have you got some to share? We’d love to add your ephemera to our collections, and together, tell some great stories! Enjoy!

Into our offices recently came a nice letter from Mary Howell Cromer of LaGrange, KY. Her father, Robert Breslin Howell, worked at KZRM back in the 1930’s, and she wondered if someone had any information or photos of her Dad.

We did a little digging around in our own archives, and found this nice QSL [listener confirmation] card sent by KZRM in 1934, the same time that Robert Breslin Howell worked at the station.

But can anyone else help Mary? Mary tells us her father joined broadcasting after some time in the army, and worked at WSAI/WLW Cincinnati, WSMK Dayton, WJR Detroit, and then moved to Manila.

“He played both parts of two characters by the names of ‘Mo and Noah’, well known in America as ‘Amos and Andy’. He was also the Master of Ceremonies for the ‘Spice of Rhythm and Melody’ program during this time.

The last three years of his seven with KZRM was as Program Director. I read also that he announced the title bout for the bantamweight championships of the Orient. Evidently, he was well liked both in the Philippines as well as Hong Kong for his bit parts on radio’

With some special help from Donna Halper in Boston, we also have the original announcement from the New York Times of February 15, 1927 about the opening that evening of RCA’s new Manila radio station, KZRM.

It sounds a powerful affair, able to reach all over Asia. In fact, it was just 1kW, but in those days, that went a long way.

If you know more about Robert Breslin Howell, we’d be pleased to pass on what you can supply to his daughter. If you have photos or stories about the early days of KZRM, or other Philippino stations before 1941, we’d also like to hear from you.

In fact, information, images, memories, ephemera and more about any early broadcasts from the Asian region during the 1920’s and 1930’s is of great interest to the thousands who regularly visit this website.

We invite you to share those old memories and honor the pioneers of early radio across the Pacific with us. Thanks Mary. We hope we can help.

On May 18, 1926, Aimee went for a swim at Ocean Park, between Santa Monica and Venice, during a day of relaxing at the beach and writing some sermons. Her secretary stayed behind on the sand, while Aimee was swimming. She was not seen again all day. At first, it was feared that McPherson had drowned in the surf…  > read more

3CV Central Victoria has studios throughout Central Victoria. With head office, studios and recording facilities in Bendigo, studios at Maryborough and at Transmission House, Carisbrook, and also at 3AW Melbourne, 3CV gives a very large variety of programmes from many localities.  > read more

Besides the thousands of radio fans who tuned into the KFSG broadcasts each week, the new station was also drawing the attention of the regional Radio Inspector from the Department of Commerce 6th Radio District in San Francisco, Col. J.F. Dillon. One legend that has been passed down over the years is that KFSG was taken off the air…  > read more

Studios and General Offices are prominently situated in High Street, West Maitland, and the transmitter at Lochinvar, eight miles from Maitland on the New England Highway.  > read more

Treat yourself to the new Antique Trader Radio and Television Price Guide this holiday season!

Released on December 20 2005, this 272 page paperback has 1000 full color photos of great radio and TV sets from the classic age of American production… the very latest prices and much more. A must have for any serious collector, or restorer.

Order today and make sure of your copy at the low price of just $13.59 plus shipping/handling charges right to your door in time for leisurely Holiday Season reading! Every purchase helps protect radio heritage too.

Now you can buy even more great radio books in the Bookstore! Yes, you’ll find the new Top 50 Radio Book List has the 2006 World Radio TV Handbook and 2006 Passport to WorldBand Radio at very low prices, so treat yourself for the Holiday Season and support radio heritage at the same time!

Interested in Morse Code? Want to get into Podcasting? Syndicate your own radio program? Read about Radio at War? Read the Orson Welles classic ‘War of the Worlds’ – which inspired the WVTR Sea Monster story that you can see in our Top 10 Stories this month – and lots more great holiday reading.

You’re supporting radio heritage by buying from the Top 50 Radio Book List and saving money, so check them out now!
> read more

Almost 50 American Forces Radio Service stations are known to have been on the air from ‘The Forgotten Theater’ of WWII operations ranging from China to India.

This is the most exhaustive list of these broadcasters since published. It includes AFRS stations in Beijing [Peking as it was then known], Shanghai, and many other parts of China and Burma, and Pakistan, India, Bangladesh and Sri Lanka [at the time known as India and Ceylon].
> read more

Radio changed the world. This electronic marvel bought drama, news and music into millions of lounge rooms and made stars superstars. People no longer needed to dress up and travel to major theatres. They could gather as a family and listen as the magic of entertainment was reproduced by the best piece of furniture in the house.
> read more

Bruce Portzer has updated his Pacific Asian Log this month with many major changes for AM radio in the Philippines, New Zealand and other locations. Download the new pdf versions today. Either by Country, or by Frequency, or the full Combined guide. You can also search the regularly updated on-line database version at any time.  > read more

Hurricane Katrina has been described as the worst natural disaster in the history of North America. It began on Monday August 22, 2005, as a mild Tropical Storm on the eastern edge of the Bahamas. Three days later, after crossing over the Bahamas, this disastrous weather pattern slammed into southern Florida as a Category 1 storm, designated with the uncharacteristic name Hurricane Katrina and leaving 11 people dead and nearly 2 million without power.  > read more

Aimee knew in 1922 she wanted to spread the word of God and bring people to her church through the use of radio, which was first gaining popularity at the time. The official church history states that she was the first woman to preach a sermon over the radio in April of 1922, on the Rockridge radio station (KZY) in Oakland, California. This station went off the air in 1923, and did not become KNEW, as the KFSG history Web site has written.  > read more 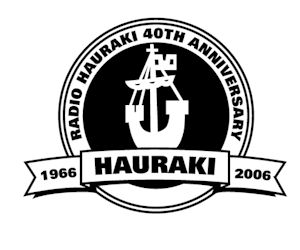 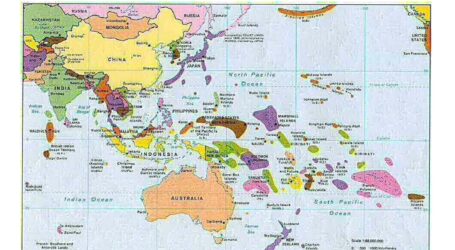