An exhibition of over 50 rare and fascinating radio artworks from local Japanese radio stations heard in New Zealand since the early 1930’s. Some of the original items also form the basis of the online exhibition.

A children’s art competition is scheduled for January 17 – February 17 2006 [open to New Zealand residents aged 15 and under only]. Entries to be sent to ‘Art of Radio Japan Competition’, PO Box 14339, Wellington.

Hosted by the Embassy of Japan in association with the Radio Heritage Foundation and supported by Creative Communities Wellington.

We’ve chosen 11 great gift ideas for yourself or a friend ranging from just $5.99 to $495 to make your shopping easier this season.

In some cases you may also qualify for free shipping so simply choose from our special range of gifts today.

Of course, we’ve also got lots of other great gift ideas. You’ll find fifty top selling radio books all in one place in the Top 50 Radio List. Plenty of choice, range of prices…

Visit The Radio Heritage Emporium Store today for all these gifts and more. All purchases support this unique global online project so you can read and see even more Pacific radio heritage absolutely free!

Happy Holiday Shopping from all the team!

Note: All prices are in US dollars.Shipping and handling charges usually extra. State and other taxes may apply to some items shipped within the USA. All purchases are via secure on-line servers with our merchandising partners [Amazon, CafePress and Paypal] and require a major credit card.

Australian / New Zealand residents:
savings of 30% [including shipping from the USA in as little as 11 days] or more on lowest priced local options for the WRTH [World Radio TV Handbook] and Passport to World Band Radio 2006 editions are available by buying direct from us.

Savings of almost 50% may also be possible compared to recommended retail prices in your local store. Exact savings may fluctuate because of exchange rate changes and foreign exchange fees charged by your credit card company.

Have you or your family ever been involved with the AFRS stations in China-Burma-India during or just after WWII? We’d love to hear from you today.

Here’s a wonderful photo taken in 1945 of a mural hanging on the wall of VU2ZP Bangalore, India. The mural depicts a map of India and Ceylon, with an AFRS banner and VU2ZP callsign. Just one of the great finds from our recent call for memorabilia from these stations.

How many more photos, booklets, memories and more may be in your basement or attic, or that of a relative? Please help us remember those who served in these almost 50 AFRS stations, and their audiences from Karachi to Kandy, from Bangalore to Beijing. Contact us today.

Pitcairn Island is well known for its amateur radio broadcasts for many years.

Coming up in Adrian Peterson’s latest column, on-line soon, is more about broadcasting on Pitcairn, including shortwave music and news relays from California in the 1930’s.

As well, deep in our vaults we’ve found images of the shortwave station established on the island by the Royal NZ Airforce in WWII. We’ll dust them off shortly.

In the meantime, here’s a very rare photo of Floyd McCoy, VR6AC, broadcasting from his ham shack at Adamstown on Pitcairn in 1956. Floyd broadcast Tuesdays and Saturdays at 0700 GMT [UTC].’

Extremely rare images of ‘The Voice of PITC’ radio station, and ZKG Radio Pitcairn from the personal collection of Adrian Peterson are highlights of this exciting story of radio broadcasting from Pitcairn Island.

Radio to the Rescue – On the Rocks

In the era before World War 2, our planet was just awakening to the fact that the new medium of shortwave radio possessed the capability of instantaneously communicating with the ends of the earth. With the rapidity of international electronic communication, attention could be drawn to the plight of peoples in desperate need, and it really did happen just that way.
> read more

When Japan formally surrendered in 1945, several mobile units of the AFRS were reportedly already on Kyushu. These were the same mobile units that had previously broadcast throughout the island hopping campaign from as far south as the Solomon Islands and New Guinea, had then served in the Philippines, and were now on mainland Japan.  > read more

Radio to the Rescue – Lost in China!

It was back during the tumultuous events in Asia in the era immediately prior to the Pacific War. A famous Chinese dramatic soprano, Louise Kwan, was married to a professor at the Nanking University in China. He was granted the opportunity of postgraduate study at the Cornell University  > read more

Images in Adrian’s first two columns have been updated.
Katrina on Shortwave
Radio to the Rescue Part One

The hard times of the Great Depression years put a strain on nearly everyone in the United States. There are some writers who claim that the popularity of Aimee Semple McPherson diminished during the 1930s, but that’s not really true. Yes, the curiosity and media frenzy that attracted many to Angelus Temple and KFSG broadcasts early on from 1924-1928 had come to an end. But Aimee’s church services still drew large crowds of her faithful believers…  > read more 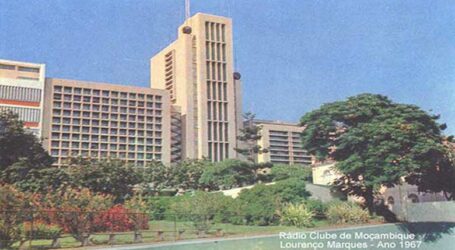