Keeping track of AFRS and AAS stations during wartime operation is a challenging exercise, and here we have a snap-shot of the entire networks at a specific date. This list includes stations in China and Alaska, and gives a good overview of where stations were located immediately at the end of hostilities in late 1945.

The list is from Broadcast Stations of the World issued by the Foreign Broadcasting Intelligence Services, War Department, Washington, DC on May 1, 1946. This publication is included in the New Zealand Radio DX League Archives at the Hocken Library, Otago University, Dunedin, New Zealand.

Please remember this is an abbreviated listing of AFRS and AAS stations which broadcast in the Pacific area, there were others on air and gone by early 1946, and others still to come.

As well as occupied Japan, AFRS also broadcast from parts of India and what is now Burma, Pakistan and Bangladesh, as well China (including a station in Beijing) and Korea. Other stations were scattered across the islands of the Pacific in the wake of the invasion of Japan, and in Hawaii itself.

As time and resources permit, each of these stations (and many others) will have their own entries in the Radio Heritage Collection © illustrated with stories, photos, other collectible information and, where possible, their sound.

Readers are invited to contribute any information or items about any of these stations. All items will be acknowledged and attributed to contributors. 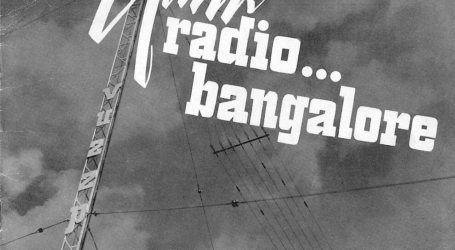