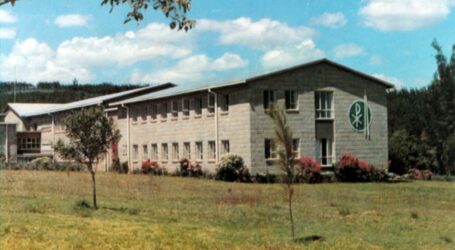 Very early in the morning on 12 March 1977 two fullly armed soldiers knocked brutally at the doors of the RVOG staff house and led us to the radio station, where we were informed that the Provisional Military Government of Ethiopia had nationalised RVOG. The buildings and equipment were confiscated for the services of what was to become Radio Voice of Revolutionary Ethiopia.

The story of PiliPili began about a year back when the PiliPili media board directors sought a systems integration company to set up their proposed studios and transmission facilities in the port town of Mombasa, Kenya. The search led to the appointment of Frame x Frame Productions – a Nairobi based audio Systems Integration company as system contractors one chilly June morning in 2011 and the wheels of the project began to grind in earnest… resulting in a big switch on to PILIPILI FM 99.5 in Mombasa and 92.5 in Malindi in early March 2012. Both went on air with Nautel transmitter units from the VS Series, a 2.5 kW for Mombasa and a 1.0 kW for Malindi…both feeding Shively Antenna model 6812B HP Systems.