The North has always been home to a vibrant culture, but sharing it with the rest of the country has been a challenge.

In the early 1970s CBC North, then called the CBC Northern Service, decided starting a record label was the way to do it.

CBC producer Les McLaughlin first pitched the idea in 1968 when he was working in Montreal.

“The head of the Montreal service was a fellow named Sheldon O’Connell,” the late McLaughlin said in a documentary on the Northern Service. “He thought one of the ways we could promote northern broadcasting and help northern people gain a certain amount of recognition was to produce recordings in their language.”

CBC producers started searching the region for musicians. Initially, the recordings were made only for local radio play, but once it became obvious there was some real talent in the North, McLaughlin decided to transfer the music to vinyl records that were distributed across the country.

“We did a number of recordings,” said former CBC technician Tim Kinvig. “The Canucks, Hank Karr, but they were more straight for broadcasting. The first recording we did [for the record label] was Gary Averill. He was a teacher from Mayo…we brought him into Whitehorse and recorded him, just him and his guitar.”

Manfred Janssen came to the Yukon in the mid-seventies as a veteran of the Toronto music scene, and was blown away by the music scene in Whitehorse. He put together a band called Two Rivers with Jim Vautour, and they began writing and performing original music.

It wasn’t long before the CBC came calling. A session in the CBC studios in Whitehorse produced a four-song EP, which included the classic Land Of Gold.

It’s hard to overstate how important these recordings were for Northern musicians. Streaming services didn’t exist, and it was hard to get your music out to a wider audience.

“That little record set a whole bunch of different wheels in motion,” said Janssen. “We got to travel on it, people want to hear the group, we started going to festivals.”

The recordings were even more important for Indigenous artists like Willie Thrasher.

Thrasher grew up in Aklavik, N.W.T. He heard Indigenous fiddlers, drummers and storytellers from all over the North on the CBC. It inspired him to join a band, The Cordells, and continued to inspire him when he began to perform across the country as a street musician.

Word got around and in the late 1970s, Thrasher was invited to record in the CBC studios in Montreal.

“CBC was looking for Aboriginal performers across Canada,” he said. “They got some Crees from James Bay, they got some people from Nova Scotia, they got me from Inuvik … it was an honour to be chosen by the CBC to record an album. That’s what really started my music career.”

Thrasher’s album Spirit Child also helped spark a renaissance in Indigenous music. It was one of the records Toronto-based collector Kevin Howes found during his crate-digging days, and it inspired him to learn more about the Northern Service recordings, and Indigenous music.

Eventually, Howes put together two compilations: 2014’s Native North America Volume 1: Aboriginal Folk, Rock and Country from 1966 to 1985, and 2021’s Creation Never Sleeps, Creation Never Dies which gathers together the songs of folksinger Willy Dunn. Both have been nominated for Grammy Awards.

“As records of moments in time, they’re invaluable,” said Howes of the Northern Service recordings. “They’re part of our greater cultural fabric and they should be celebrated as such. And that’s one of the reasons I wanted to tap that archive.”

Eventually, as record buyers and radio programmers moved away from the vinyl format, so did CBC North.

But the CBC Northern Services recordings weren’t limited to putting out records. A series of concerts were also held in church halls and school gyms across the region, bringing together musicians for a night of music. The True North Concerts were recorded and broadcast on the CBC.

“Northern music, especially as practiced by Indigenous people, has always been a synthesis,” said former CBC producer Peter Skinner, who produced a number of True North Concerts. “It was always a synthesis of traditional rhythms, traditional styles and traditional subjects, with whatever contemporary forms of music and instrumentation was brought in by the whalers or settlers.”

Skinner cited a performance by Tanya Tagaq at a True North Concert in Fort Smith, N.W.T., when she combined traditional throat singing with modern electronic music, as an example of the two worlds coming together.

Howes cited a record by the band Sugluk as one of his favourite discoveries. The Indigenous group from northern Quebec chose electric guitars and hard rock as their medium. Howes found the record at a vinyl fair in Vancouver years ago, and over time was able to track down the members of the band and bring their music to new audiences on the Native North America compilation.

“It was just awe-inspiring,” he said. “The music itself, but then to connect with the players who made this music. And once you hear it, you have to share it.”

Sadly, that’s become difficult. The CBC Northern Services recordings were never meant to be commercially available, and even though some have been re-issued over the years, the records are hard to find.

The recordings are there, kept in CBC archives across the country. They’re important records of a time, historic documents that should be preserved. But Howes said it’s also good music, and more people should hear it.

“It would be beautiful to see some real progressive thinking with that catalogue of music,” he said.

“It serves the people a lot more by having it out there and available, whether that’s to have it online or through a record or even being broadcast on radio, rather than sitting in an archive or a basement, under lock and key.” 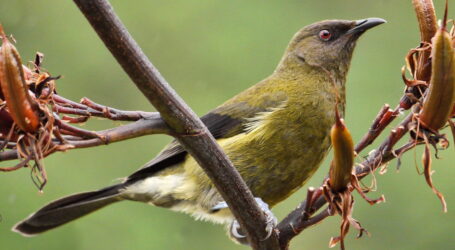 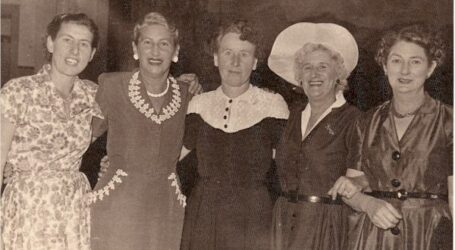 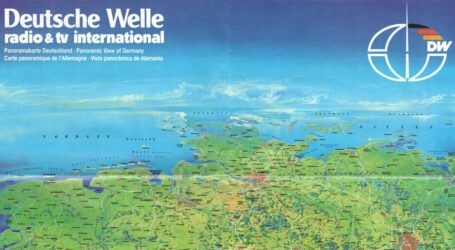