There was an interesting report in the Melbourne based radio magazine, “Listener In” in Victoria, Australia back in the year 1946. Ern Suffolk in South Australia reported hearing the Indian army radio station in Basra Iraq on 875 kHz. This tantalising report spawned a spate of research into the subject of “Indian Army Broadcasting”.

Actually, there are very brief reports of at least three stations that could be considered as radio broadcasting stations operated by the Indian army. One was in Basra Iraq, another was in India itself, and a third in the Himalayan kingdom of Nepal.

There is a single brief entry in a radio directory printed in 1949 which shows a military station on the air in that year. However, this entry can be read to show that the station was located at Hyderabad with the callsign VUV, or it can be read as Jodhpur on 4000 kHz. That is all that is known about this station.

There was a Gurkha transit camp located at Dharan, 150 miles east of Kathmandu in the kingdom of Nepal, and a cable radio station was in use with distribution to all barracks and buildings. Programming for this station came on tape from BFBS stations in London and Hong Kong.

In addition to the three radio stations in Iraq, India and Nepal, there were several additional stations that carried programming for Indian troops on service in other countries. In Europe towards the end of the war, the BFBS mobile station, identified as B4, was on the air in Italy and later in Athens Greece with programming in Indian languages. There was a small volunteer station at Serla in Brunei on the island of Borneo that also carried Indian language programming.

During the Asia-Pacific War, the Japanese established a radio station at Macassar in the Celebes Islands in what is now Indonesia. The original output from this shortwave station was 3.5 kW and this was increased to 6 kW in 1946. This station was noted in the United States with programming in English and also Hindustani.

The large BFBS station in Singapore was on the air shortwave and FM, and the schedule shows that they were broadcasting in five languages, including Indian languages for the local contingents. When the Singapore station was closed, the Indian personnel were transferred to the BFBS station in Hong Kong which carried Indian language programming until Hong Kong was re-absorbed into China.

Singapore
BFBS on the air in 5 languages, including for Gurkhas; Taylor 79.24 159 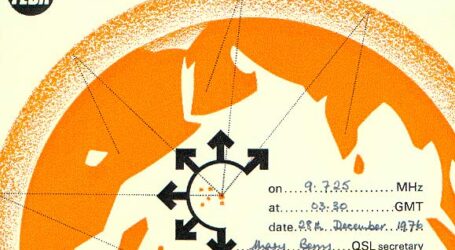