Broadcasting from The Great White Train

GOOD EVENING, MERRYGOEN! Ladies and gentlemen, this is the A.W.A. wireless station 2XT, broadcasting from The Great White Train at Merrygoen …

Those may not have been his exact words, but no doubt that’s what the announcer (male, of course, in those days) would have told his delighted handful of listeners on Saturday, January 9, 1926.

A wealthy squatter’s family might have listened spellbound to the broadcast on a Radiola Super Six, a six-valve super-heterodyne receiver which had cost 90 pounds ($180). One of his shearers could have heard the program through headphones attached to a tiny ‘cat’s whiskers” crystal set, which A.W.A. (Amalgamated Wireless [Australasia] Ltd.) marketed for three pounds ($6).

The unique travelling station 2XT had its studio and transmitter in a carriage attached to The Great White Train, designed to promote Australian-made goods, which was touring 106 New South Wales country towns.

As soon as they arrived, 2XT’s versatile staff, who probably numbered only two or three, had hurriedly erected the transmission mast, which towered 40ft. (13 metres) above the carriage roof, pasted posters on walls and telegraph poles, solicited advertisements from shopkeepers, and then begun broadcasting music from gramophone (phonograph) records.

Leading storekeepers and residents enjoyed dinner on the train, “in the car used for this purpose by the Prince of Wales during his visit.”

All in all, it must have been a red-letter day in Merrygoen, whose present population has dwindled to 120. It would have been much larger in 1926, before country folk began drifting to the main centres.

[Merrygoen is near Dubbo. The Bushducks’ website http://bushducks.com/tripreps/bungle.htm describes the present town: “We continued north along the rail-line to the semi ghost town of Merrygoen. If it wasn’t for the old rail junction and the small BHP mine, the tumbledown Railway Hotel and the small general store would cease to survive. And where then would you buy such a huge range of home-made jams and chutneys as to be found here? Off the beaten track with the sheep hiding in the shade under the hand operated signal box, Merrygoen seemed stuck in a time warp.”]

The Great White Train, 1019ft. (309m) in length, comprised a locomotive travelling tank (which contained water for the passengers, not for the loco), two pullman cars, dining car, sleeping car. 15 bogie covered vans, and one bogie goods brake-van (lavatory type), all painted white. It was said to have been one of the longest trains ever seen in Australia.

The Governor of New South Wales, Sir Dudley de Chair, had farewelled the train from Sydney two months before it reached Merrygoen. The send-off ceremony had been arranged for Wednesday, November 4, 1925, at 9.30pm, when the train was to have departed from Central Station “with all lights and searchlights turned fully on.”

Even in those far-off days, the NSW Government Railways were plagued with unexpected delays. “The schedule was altered to a departure from Alexandria on Wednesday 11 November at 12.30pm after the officisl send off at 10.00am but owing to further difficulties experienced by the Railways, the official send off time was changed to 2.15pm with the place of departure being changed to Darling Island.” (To use a World War 2 expression, SNAFU.)

Station 2XT, one of Australia’s earliest broadcasters, made two country tours with The Great White Train, and was then dismantled, never to be heard again. No other radio station in the world can claim to have broadcast from so many different towns.

2XT received reports that its broadcasts had been received all over Australia and more than 1200 miles away in New Zealand and Misima (Papua). “Particular reference was made to the clarity and volume, which was sufficient to be received on a loud speaker,” said the A.W.A. Radio Guide.

“The transmitting power of the station was 500 watts, while it operated on a wave length of 255 metres… The aerial consisted of a single wire 60 feet long suspended between steel masts 40 feet above the roof of the carriage, while earth connection was made to the steel rails.” [Another source said “Transmission was on a wavelength of 850 metres, with a power of 1.2kW.”]

In Victoria, in 1931, 3YB, based in Ballarat, began broadcasting from a motor truck, and presented programs from several towns visited on a regular schedule. The following year, it installed its studio and transmitter in a railway carriage, and continued to broadcast from several country centres in turn. It finally became a fixture in Warrnambool in 1936, and still broadcasts from that town.

Another mobile station, 9MI, operated from the passenger liner M.V. Kanimbla (11,000 tons) broadcasting programs to onshore listeners as it cruised along Australia’s coastline in the 1930s. 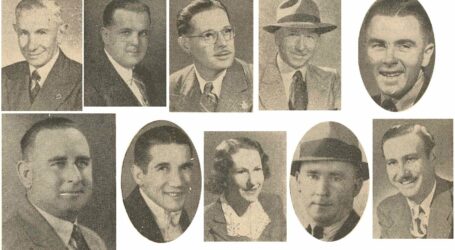 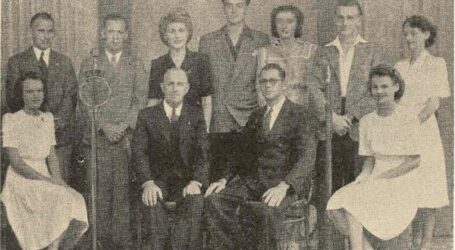 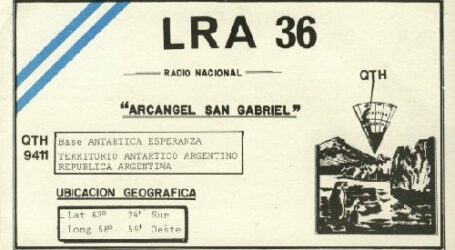