The Philippine Islands with their more than 80 million people were at one time part of the vast Spanish Empire. The United States assumed sovereignty over the Philippines in 1898 with the intent of ultimately granting independence to this populous Asian-Pacific nation.

Shortly after the attack on Pearl Harbor, the Japanese air force also bombed Manila and other cities in the Philippines. Army troops nearly 60,000 strong landed on Luzon Island, and the Philippine Islands were then occupied and administered as part of the Japanese empire. The last of the American forces on the famous island of Corregidor surrendered on May 6, 1942.

At the time when hostilities broke out between Japan and the United States, there wre six shortwave stations on the air in the Philippine Islands. Only one of these stations, KZRM in Manila, had been on the air for a lengthy period of time, since 1927. All of the other shortwave stations were comparatively new, dating from the mid 1930’s into the early 1940’s.

On December 28, exactly 3 weeks to the day after Pearl Harbor, the United States launched a shortwave relay service for the benefit of the Philippine Islands. These programs were compiled in Washington DC and sent out over the NBC network of local mediumwave and international shortwave stations.

This new programming service was taken on relay by KGEI in San Francisco and beamed to the Philippines for pickup by the five shortwave stations in Manila and the one in Cebu City. This long and cumbersome shortwave relay service lasted for just six days and it was discontinued when the Japanese army marched into Manila as an open city on January 2, 1942.

However, as a new alternative, a similar relay service was provided to the Philippines for a few more days by the navy wireless station NPO, located at Cavite, still very close to Manila However, this station was soon afterwards demolished by Japanese aerial bombardment

The Japanese took over three of the shortwave stations in the Philippines, all in Manila, and reactivated them shortly afterwards. These stations were the two well known broadcasters, KZRH and KZRM, and the lesser known KZRF.

For a period of a little less than three months, an American station was on the air from the Bataan peninsula near Manila, with the slogan “Freedom Radio”. No record has been left as to where tthis transmitter came from.

However, in view of the fact that the original FEBC, the Far East Broadcasting Company operated at least two mobile shortwave transmitters for outside broadcasts, it is likely that one of these units, probably KZRB, was taken over by the American army for use as a news relay service.

This remporary station originated some of its own programming but it took mainly a relay from KGEI in California. It was heard on many occasions in Australia and New Zealand.

Most of the Philippine shortwave stations went off the air during the year 1942, probably due to shortage of spare parts, perhaps sabotage, and maybe wilfull destruction.

As noted in Australia, the first shortwave station to be heard after the return of the Americans was Press Wireless PY, located on the edge of Manila. This station carried press messages and recorded voice transmissions for point-to-point relay with the United States mainland.

With the return of the Americans, a temporary relay for VOA was established in Manila, under the callsign KZFM. It would appear that this station had in reality been known in pre-war days as KZRM, and during the Japanese era as PIAM and PIRM. This station was in use with VOA programming until the new station at Malolos was commissioned on September 11, 1947.

There are no known QSLs anywhere for the Japanese broadcasts from the three shortwave stations in Manila during the years 1942 – 1945. 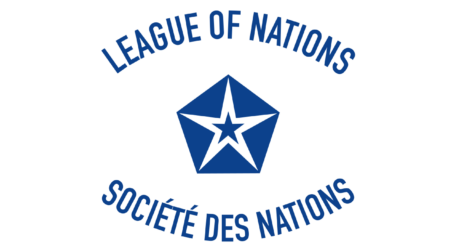