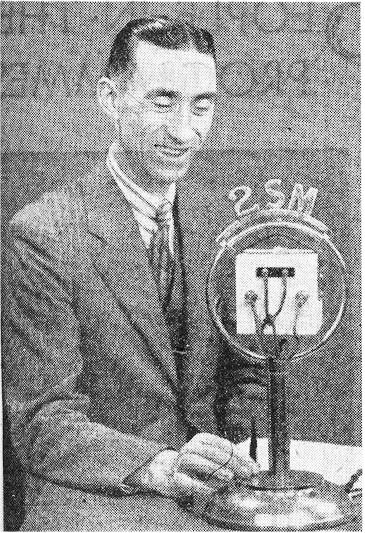 Sports broadcaster Harry Millard smiles for the camera in this early photo from 2SM Sydney, Australia.

Harry was described as ‘Boxer, racing man, footballer, he has had 20 years association with sport in nearly all its forms’ and was well known to 2SM listeners as a racing commentator. The station was owned by the Roman Catholic Church. 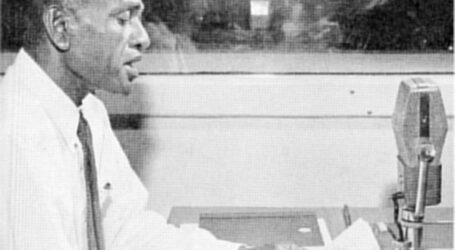 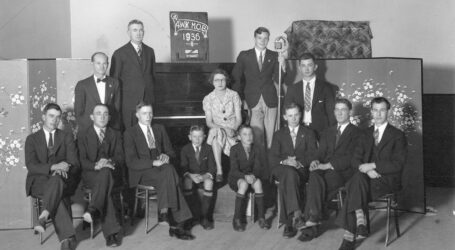 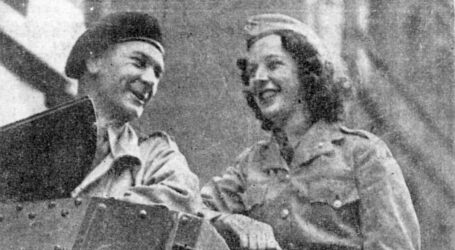