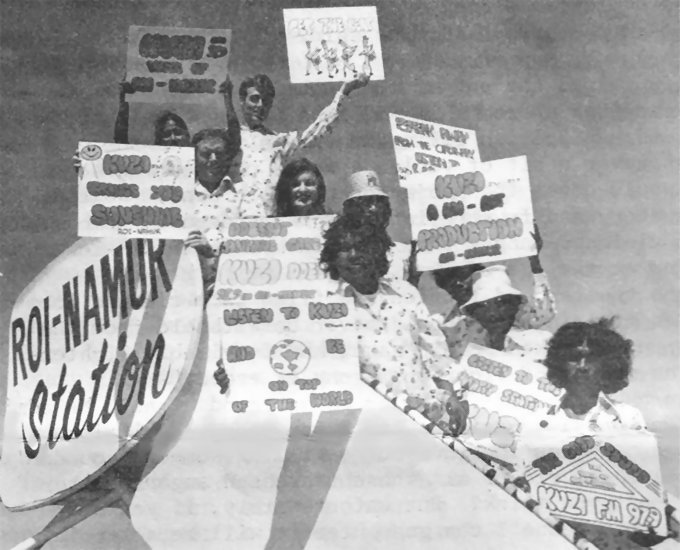 KVZI-FM broadcast at 97.9 FM in the 1970’s on Roi-Namur island, near Kwajalein, in the Marshall Islands, then part of the US Trust Territory of the Pacific Islands.

Late in 1975, Shermie & Friends Band were hosted on the island by KVZI-FM and this image shows the group arriving at Roi-Namur and holding KVZI-FM welcoming signs. 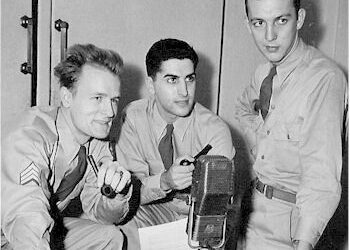 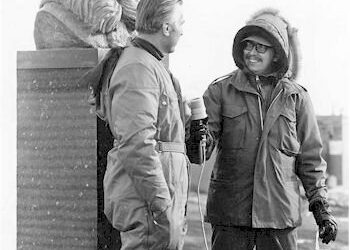 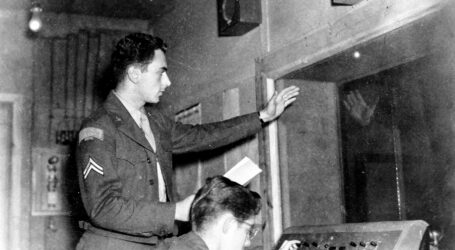