On October 3 2006, the following changes for New Zealand LPFM broadcasters were announced:

In the Auckland region [within 120km radius of the Skytower], this increases the number of available LPFM frequencies from the current 15 to a new total of 19. This is a 27% increase. Assuming 5 separate LPFM operations on each channel across the region, in theory there could be 95 stations on air. In other regions, the increase in available frequencies is more modest, going from the current 18 to the new total of 19.

The increase to 1 watt is described by the Minister for Communications as a ‘safe, non-interference’ level. In practice, the power increase is unlikely to expand coverage although it may provide a better signal close to the transmitter site. As some commercial FM translators are licensed in the 5-10 watt power range, the decision to limit the increase to 1 watt is likely to be an attempt to head off complaints from commercial stations and avoid interference issues without requiring expensive directional antenna systems.

LPFM’s may merge to apply for full FM licences

He also confirmed in an interview on KIWI FM that LPFM is regarded by the government as ‘a spectrum commons where people can have a go’ adding ’there’ll always be a place for LPFM radio in New Zealand’.
With up to 4 or even 5 new full power FM frequencies allocated for every region in the country, the government also believes that some LPFM operations may merge or grow to apply for the new local commercial or non-commercial frequencies being made available.

The latter will be ‘narrowcast’ operations, with limited advertising likely [such as that enjoyed by the current university FM stations or ‘Section 9’ stations]. They must reach a ‘bullet-proof’ [according to the Minister] specific and local community such as a music genre or ethnic group that is too small for a fulltime commercial station. Changing formats or ownership will be tightly restricted.

Remember to update your LPFM Radio Guide data and send us promotional materials as you change frequencies!

A reminder for those stations in the current 88.4-88.8 range: please send us promotional materials, flyers, posters, adverts etc showing your current frequency so we can safeguard these for historical and research purposes! As changes occur, the LPFM Radio Guide will be constantly updated for easy reference. We’ve got a current backlog of updates we’ll fix shortly! Remember to email us to confirm your current operations. 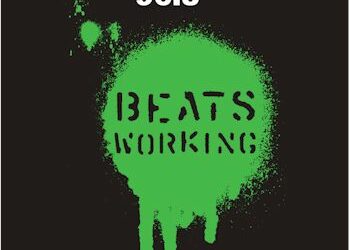