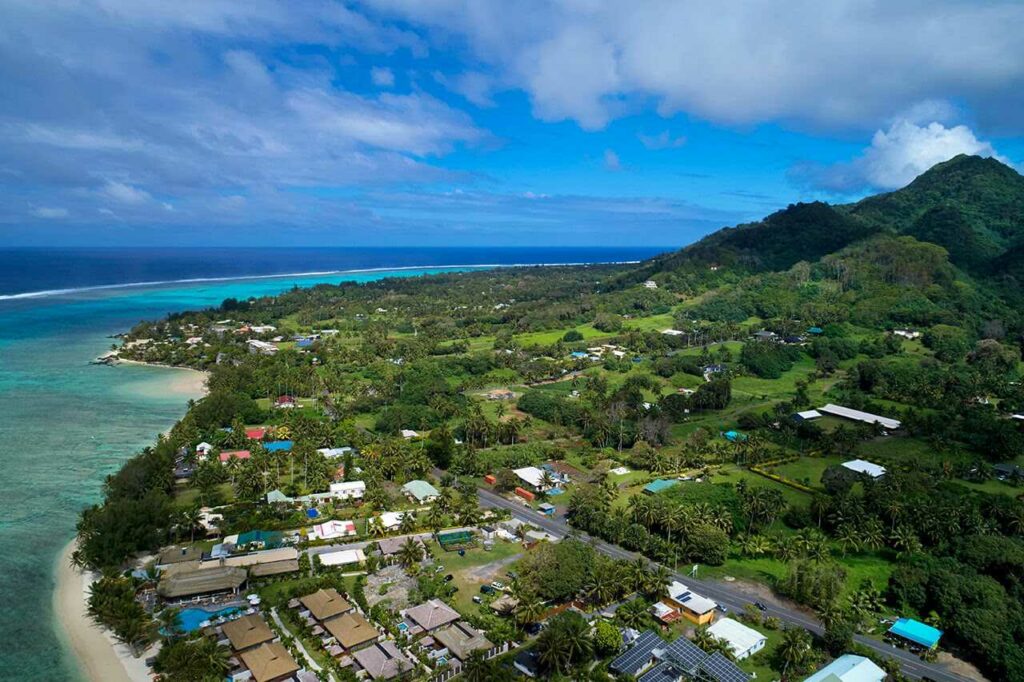 Named after the British explorer James Cook, who is said to have “discovered” the islands in the 1700s, the Cook Islands is an archipelago scattered near the dateline in the Pacific Ocean. It’s home to 18,000 and has strong political links with New Zealand, whose government also handles islanders’ passports. And to give you some sense of its scale, know that it takes about an hour to drive the 32km circumference of its most populous island, Rarotonga but, by contrast, its 15 islands are spread across 2,000,000 sq km of sea.

The country’s national radio station is Radio Cook Islands. Though privately owned, the Rarotonga-based FM service acts as a public broadcaster and shares essential information with the community, from news regarding health and transport to updates on political affairs (as well as the occasional ditty on the ukulele). Here the station’s manager, Jeane Matenga (pictured), sails us through what’s on the airwaves this week from her speck of land in the South Pacific.

What’s the big story this week?
Our former prime minister, Henry Puna, has been appointed secretary-general of the Pacific Islands Forum (PIF), which is a big achievement for the Cook Islands. He was voted in by representatives from 18 member countries. But Micronesian nations [comprising the Federated States of Micronesia, Palau, Marshall Islands, Nauru and Kiribati] are upset: they argue that, according to a gentleman’s agreement, it is their turn to have someone lead the PIF. They have collectively announced that they will leave the bloc in protest.

Any lighter segments?
We have been airing a regular show on the myths and legends of the Cook Islands, which is proving successful. The stories are not taught in schools so much and, while the older generation holds a lot of that knowledge, it’s not often written down so it hasn’t been passed on as it used to be. This show is a way of reinvigorating that culture.

What sort of music do you play?
There’s a lot of ukulele and guitar – we’re the same ethnicity as Hawaiian people, so the music is very similar to theirs. As on many Pacific islands, our people are historically Māori.

And what’s the next big event?
That’s the Te Maeva Nui festival, which will be held for a week from the end of July into the beginning of August. It’s the anniversary of the Cook Islands achieving self-governance in 1965, so it’s our national celebration. This year we will also be celebrating 200 years since the arrival of Christianity – we are very Christian here now.

This material remains © Monocle and is only to be used for non-commercial personal or research use. Any other use requires permission of the copyright holder.