After erecting a new tower Palau’s state broadcaster has restored its AM radio service.

The previous AM tower was destroyed during Typhoon Bopha, in 2012.

Rondy Ronny, head of programming said that the new AM tower and radio service will benefit all the 16 states of Palau.

“A lot of the outlying states are not able to connect into the internet and just don’t have that capability or have very high tech phones like how we do here in Koror. People don’t expect people from Angaur, from Babeldaob to be on their phones all the time.”

Ronny said that the new tower will be crucial to Palauans during natural disasters.

“But at least during emergencies when power goes off, the radio still works and car radios still work. And so they want to be able to access in AM.”

The project was funded by Japan through the UNDP in the Pacific.

Japan’s Ambassador to Palau Akira Karasawa said the project was comprised of many elements including: disaster management, disaster prevention and disaster preparedness.

“This particular AM tower is instrumental to disseminating information regarding disaster to all the people, in all the states of Palau, this is a very essential element of this project.”

He added that the pandemic delayed the project.

“Well I understand that almost two or three years have passed since we started this project but we are pleased that we could provide all the elements,” Karasawa said.

The UNDP’s Levan Bouadze said this will be an important communication tool.

“We know in the Pacific that most of our nations are scattered across the ocean and connectivity between those islands are limited so we understand that by installing an AM that we have a better communication, especially south western part of Palau.”

He said it will help maintain communications across Palau, especially in times of disaster.

“And disaster as know due to climate change have been more often, they are much more severe than they were in the past. So it’s crucially important for disaster response from the point of view…of having those outer island populations under a response domain.”

The Japanese funding has allowed some of the outlying states to be equipped with VHF two-way radio communication.

RNZ Pacific’s manager Moera Tuilaepa-Taylor was in Palau for the Our Ocean conference. Her trip was made possible by the US State Department.

This material remains © Radio New Zealand and is only to be used for non-commercial personal or research use. Any other use requires permission of the copyright holder.

Read the original “Invitation to Bid” document for the new AM system: 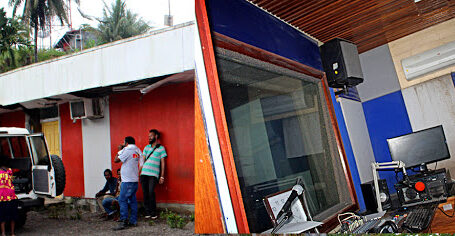 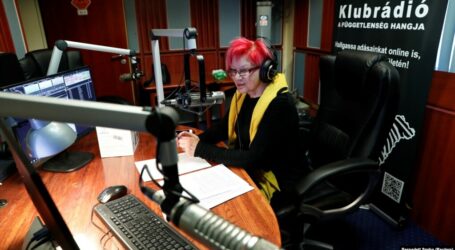