To All Past & Present Radio Hauraki Staff
02 November 2006

It is now less than 2 weeks until the opening of the Radio Hauraki 40th Anniversary Reunion Party – bring it on!

To All Past & Present Radio Hauraki Staff
24 October 2006

Get your hands on one of the just 20 sets available of our fantastic ‘pirate’ Radio Hauraki Memorabilia offers. Going fast.

To All Past & Present Radio Hauraki Staff
25 September 2006

Surprise – tomorrow is another Radio Hauraki birthday and 36 years ago at 6.00am Ian Magan was playing the Matt Munro version of Born Free to announce to Auckland (and the world) that Radio Hauraki was starting a new life as 1XA a legal 1480 AM station and was here to stay.

eaturing a series of interactive audiovisual presentations from the pirate radio station – together with memorabilia and an extensive photographic display.

The exhibition will be held at the Sanford Room, New Zealand National Maritime Museum, corner Quay & Hobson Streets, Auckland City and will be officially opened on Friday 10th November at 7.00pm.

Tthe opening will be broadcast ‘live’ on TV One during ‘Close Up’ that night.

Hauraki 99FM are doing a series of special broadcasts during the weekend of November 10-12th featuring a number of the old ‘Good Guys’ from the pirate days, together with recordings of the original 60’s programmes and original jingles etc.

One copy of the rare CD ‘A Fresh Pacific Wind’ compiled by David Miller to give away.

Just tell us the name of the ship that ‘pirate’ Radio Hauraki first broadcast from on Sunday, December 4, 1966.

Hint, simply visit the official ‘pirate’ Radio Hauraki pages and you find the answer. Yes, it begins with the letter ‘T’!

A BIG THANKS to everyone who sent in their entry for the first ‘pirate’ Radio Hauraki competition.

The lucky winnner of a copy of Shoestring Pirates by Adrian Blackburn is Chris Faulkner of Holyhead, Wales, UK. Well done Chris!

It’s 40 years since ‘pirate’ Radio Hauraki took to the New Zealand airwaves, and to celebrate, we’ve got one copy of ‘The Shoestring Pirates’ by Adrian Blackburn to give away. [Valued at US$90].

Just tell us the title of the first song played when ‘pirate’ Radio Hauraki was ‘born’ in 1966. Hint, it’s got two words, the second of which is ‘free’ and is the title song to a movie of the same name about a lioness that was a big hit for Matt Monroe in 1966.

This website is not affiliated with the current Radio Hauraki owned by The Radio Network.
The original pirate Radio Hauraki was realised by David Gapes, Denis ‘Doc’ O’Callahan, Derek Lowe and Chris Parkinson and owned by Pacific Radio Advertising Ltd.
Material from this site is part of the Radio Heritage Foundation Archive, which holds all © unless specified. 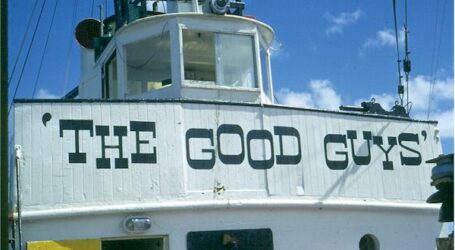