In our continuing series of topics on the subject of radio broadcasting from ships, we turn our attention now to the exotic South Pacific.

In July 1925, the United States Pacific Fleet left from its base at Pearl Harbor in Hawaii for a state visit to Australia. The battleship, “West Virginia” acted as the radio control vessel for this navy tour, and it made several broadcasts directed to Australia. Just before the Pacific Fleet left Honolulu, Admiral Coontz made a speech that was relayed to local listeners by stations 2FC & 2BL in Sydney.

Over in the Northern Hemisphere, the new “Empress of Britain”, was launched in 1931 for Atlantic passenger traffic and it replaced an older vessel with the same name. Even though this new passenger vessel was owned and operated by Canadian-Pacific, nevertheless its radio apparatus was registered with English callsigns.

The “Empress of Britain” was heard in Australia during its communications with VLK Sydney, and also with KZGF Manila, WOO Ocean Gate New Jersey, and GBP in Rugby England. Several radio broadcasts were also heard in Australia and New Zealand, including a broadcast from the ballroom, as the radio magazine said, “for the benefit of English listeners”.

Postcards of this ship, the “Empress of Britain”, are sometimes available at postcard exhibitions.

The “Director 2” was an American schooner which left New York harbor in mid 1940 for a two year cruise into the South Pacific. The purpose of this “Fahnestock South Seas Expedition” was to record local music, to study bird life, and to make oceonographic studies in various areas of the South Pacific.

The “Director 2” was expected to be in the vicinity of the islands of Fiji in July 1940. It was also planned that this ship would make a series of 20 radio broadcasts back to the United States for re-broadcast by the NBC network. The transmitter was a 1kW unit using six different frequencies in the international communication bands.

It was announced in the pages of “Radio News” in November 1939 that another expedition was planned for the South Seas. The National Geographic Expedition would leave San Francisco on September 19 for a tour of exploration in the South Pacific. The team of specialised explorers would be on board the Coast Guard cutter, “Hamilton”, and it was planned that several relay broadcasts back to NBC would be made from remote locations in the South Pacific, including Easter Island and Pitcairn Island.

However, in the next issue of the same magazine, “Radio News”, it was announced that the planned National Geographic expedition to the South Pacific “has been called off for the duration of the war”.

In our continuing series of topics on radio broadcasting from ships, we return to the exotic South Pacific in the era between the two wars. In this era of experimental radio broadcasting, a large number of ships plying the oceans of the world would transmit short special programs. The wireless equipment was available and it was not in continuous usage for navigation and maritime communications.

These unique radio broadcasts were presented for the benefit of passing ships, and for the benefit of listeners located ashore on nearby land areas. Sometimes these music broadcasts were made from the old 78 rpm records, and sometimes they were presented live by the ship’s orchestra. Many of these broadcasts have gone unmentioned in the radio magazines of the day and the information is forever lost. However, some of these exotic and spontaneous broadcasts did receive brief mention in a radio magazine from some listener who happened to tune in.

One of these brief references to a ship broadcast is found in the weekly radio newspaper, “Listener In”, printed in Melbourne, Australia. This brief statement tells of radio broadcasts in early March 1927 when the passenger liner, “Franconia” made a series of broadcasts of music from the ship’s orchestra.

Nearly a decade later, back in early 1935, the schooner “Seth Parker” was in the South Seas on a geographic expedition. During its visit into the South Pacific, several radio broadcasts were made back to the United States for relay nationwide on one of the mediumwave networks. These point-to-point relays were accomplished through the radio transmitter on board the “Seth Parker” which was allocated the callsign KNRA and seven channels in the shortwave bands.

We move ahead another decade to the month of January in the year 1946. The war is over, and the Americans are making preparation for atomic tests at Bikini Atoll. American navy vessels will carry relays of these events for the Voice of America, and Royal Navy vessels from England are also patrolling these same seas.

Shortwave listeners in New Zealand and along the eastern coast of the Australian continent heard several radio program broadcasts from the ships in the British fleet. These broadcasts were sometimes for communications purposes and sometimes for the entertainment of navy personnel and they were noted in the utility bands ranging from 11 Mhz to 18 MHz.

When on air, three of these navy ships identified as Radio Romance, Radio Grenville, and Schooldame. It is suggested that these were code names, due to the fact that subsequent research reveals no navy vessels from England with these names. One of these ships, operating as Grenville, was heard with a relay of station 2KY, a commercial mediumwave station in Sydney.

During this same era, Lieutenant Eric Morley was on the air with a one hour broadcast each Sunday from Radio Australia. He was a navy officer with previous radio experience at BFBS Gibraltar. The Morley broadcasts were on the air from the 50 kW transmitter VLC in Shepparton and they were directed to the British fleet in the Pacific. It is suggested that these broadcasts from Radio Australia were occasionally relayed by some of these navy vessels on duty in the South Pacific. 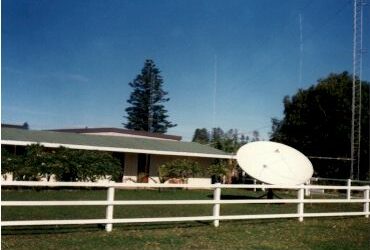 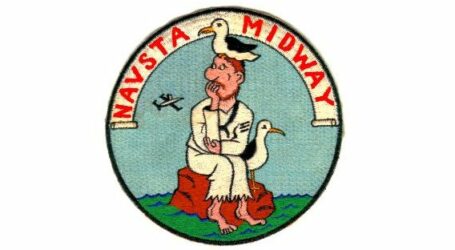