In our opening topic in this edition of Wavescan, we return to the matter of radio broadcasting from ships, and we choose the American scene in its earlier era. It is discovered that at least five different ships were on the air with broadcast programming in the Americas during the era between the two Great Wars.

It was in the year 1919 that Woodrow Wilson, president of the United States, made a tour in several areas of Europe for the purpose of implementing peace and rehabilitation among the previously warring countries. An influential member of his entourage was Walter Lemmon who later went on to establish his own shortwave station, the famous WRUL at Scituate, near Boston in Massachusetts.

At the urging of Walter Lemmon, President Wilson made an Independence Day broadcast on July 4, 1919. At the time, he was aboard the navy vessel. “George Washington” which was out in the Atlantic steaming towards the American coastline.

The navy communication transmitter on the “George Washington” was tuned to the frequency 2380 kHz for this first ever radio broadcast by an American president. This historic radio broadcast was heard at receiving stations along the coastal areas of the United States, though at a low level.

In the early part of the year 1933, a scientific broadcast was made from an underwater vessel known as the “Bathysphere”. Explorer Otis Barton and Captain William Beebe were lowered in the “Bathysphere” off the coast of Nonsuch Island in the Bermudas.

Descriptions of the underwater seascape were transmitted over a telephone link from the “Bathysphere” up to the ship, “Freedom”, half a mile above. A radio transmitter on the “Freedom’ with the callsign ZFB1 broadcast the programming on 125 metres, 2400 kHz, to Bermuda, where it was relayed onward for reception in the United States.

The entire underwater program was carried by the NBC mediumwave network throughout the United States as well as on shortwave from W3XL. You can see a diagram of this very interesting broadcast from the ship “Freedom” on page 65 of Jerry Berg’s book, “On the Short Waves”.

During the same era around the early 1930’s, there were several gambling ships anchored in international waters off the coast of California. At least two of these ships carried radio transmitters that were on the air with broadcast programming. In radio terminology, we would today describe these shipboard radio stations as “pirates”

The “City of Panama” was registered in Panama, and its radio transmitter emitted 500 watts on 815 kHz. The saltwater pathway assured a very strong signal in the Santa Monica areas of Los Angeles thus causing severe interference to legally licensed land-based stations. The impact of this station, which was on the air under the unusual callsign RXKR, also caused a flurry of diplomatic activity.

Another radio station during the same era and in the same area off the coast of Los Angeles was on board the gambling ship, “Rex”.

In the early 1940’s a navy vessel with a German name, the “Kron Prinz”, was fitted out in the Caribbean as a powerful radio broadcaster. This information is portrayed on an American postcard from this era. The original “Kron Prinz” was allocated the callsign DPZ during the spark wireless era.

What happened to this ship? Was it a part of the German navy? Or was it the surrendered “Kron Prinz Wilhelm” as a carry-over from World War 1.

We could ask the question: Was the powerful radio equipment on bioard the “Kron Prinz” ever on the air with program broadcasting? Did they ever make any test broadcasts? If so, there seems to be no record of this information in any of the DX magazines during this era. 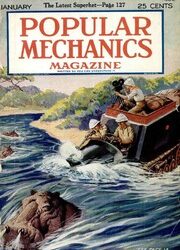 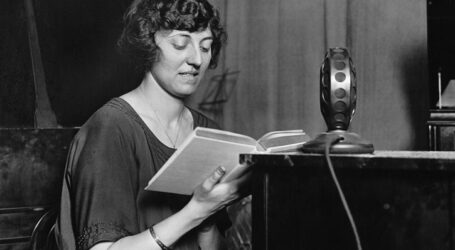 In 1922, Jesse Koewing was one of the first announcers at WOR in Newark (later New York City). She identified herself on the air with just her initials “J. E. K.” View additional photos in the image gallery at the end of this story. Credit: Author’s collection
December 10, 2020
Comments: 0