It was on August 5 last year (2020), that All India Radio in Almora in the northern Indian border state of Uttarakhand announced that local police officials had temporarily taken over some of the staff accommodation at the Akashvani center in Almora.  The police stated that they needed the accommodation for new jail inmates in order to minimize the spread of the China Virus.

All India Radio in Almora is located on Almora Road Khatyari and the campus contains the radio station as well as staff accommodations.  The police authorities took over some of the accommodation on this campus in spite of objections raised by the local management of All India Radio (AIR).

The presence of prisoners in the AIR staff quarters at Almora presented problems for AIR staff personnel, they stated, including the women and children who expressed concern for their well being.  The police authorities indicated that their usage of the AIR accommodations would be temporary only, until the virus situation is resolved in the Almora area.

Almora with its 35,000 population is a small city located against the Himalaya foothills towards the south of the state Uttarakhand, which is nestled against China to the north and Nepal to the southeast.  Because of its mountainous elevation at a little over 5,000 feet, Almora enjoys a mild climate.

The AIR mediumwave station in Almora was the second mediumwave station in the territory of the state of Uttarakhand and it was inaugurated with 1 kW on 999 kHz in June 1986.  Half a dozen years ago, AIR headquarters in New Delhi announced their intent to increase the power of their Almora station to 5 kW in order to increase its coverage areas in the mountainous regions of the state.  However instead, the number of local FM relay stations was considerably increased.

The state of Uttarakhand as it is known today, was carved out of the larger Uttar Pradesh and formed into a separate state on November 9, 2000 under the name Uttaranchal.  Due to public clamor, the state name was changed to the now more familiar Uttarakhand on January 1, 2007.

The first radio station in this territory, a pioneer endeavor, was inaugurated in Dehra Dun on April 6, 1936 with 250 watts on 225 metres (1333 kHz) under the callsign VUU.  This pioneer radio broadcasting station was established and operated under the authority of the Political Superintendent  of the area.  However due to lack of funding, this station was closed two years later on May 10 (1938).

Nearby to Dehra Dun was a very large prisoner of war camp operated by the British for holding enemy aliens who were resident in India and several nearby countries when hostilities broke out in Europe and Asia in the middle of last century.  One of the famous prisoners in that internment camp was the Austrian mountaineer, Heinrich Harrer.  He escaped from the internment camp, traversed the high snow-covered mountainous areas, and went on into Tibet where he became a tutor and friend to the new young Dalai Lama.

In the Himalayan foothills above Dehra Dun is Mussoorie, a British hill station, with its internationally recognized Christian school Woodstock.  Nearby is Vincent Hill, which was a boarding school for the children of Adventist missionaries throughout India.  This school was closed in 1969 and sold after denominational leadership was gradually transferred over to Indian leadership.  The large Vincent Hill property was sold to a Sikh religious order and they now operate their own FM radio station at this location, Radio Khushi 90.4 MHz.

The first radio broadcasting station for coverage of what is now Uttarakhand in our modern era was established at Najibabad a little less than half a century ago.  This AIR station began at a power level of 100 kW on  954 kHz, though these days it operates at 200 kW.  Najibabad is located almost on the state border with Uttarakhand, and the radio station provides good coverage to most of the state.

At the time when Uttarakhand was proclaimed a separate state as Uttaranchal in 2000, a new shortwave service was inaugurated for the new state.  All India Radio Delhi carried a program relay from the mediumwave station at Najibabad with 50 kW on 6030 kHz.

Meanwhile, new mediumwave stations were under construction at four different locations, in addition to the aforementioned Almora on 999 kHz.  Each of these new stations was rated at 1 kW, and each operated on a fixed channel either 1485 kHz or 1602 kHz.  These four new AIR mediumwave stations are located at Chamoli, Pauri, Pithorgarh and Uttarkashi.

This feature was written by Adrian Peterson and originally aired on Adventist World Radio’s “Wavescan” DX program of May 9, 2021 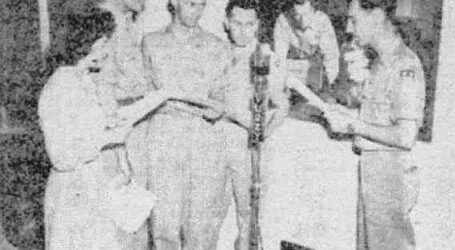 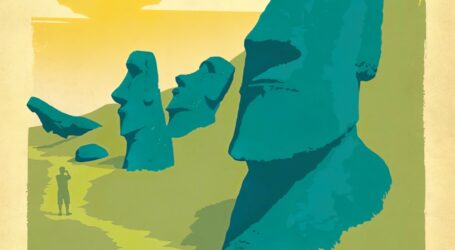