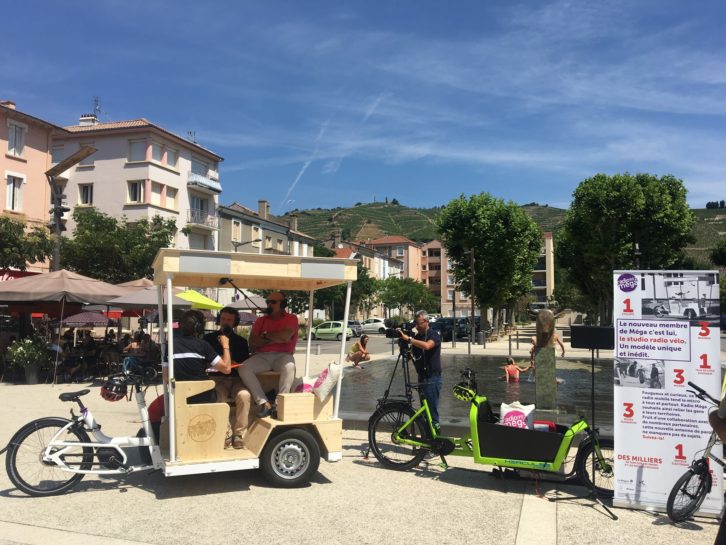 Radio Méga’s tricycle studio can be used on a public square to meet listeners more easily.

VALENCE, France — Radio Méga has been broadcasting from a fully functional, autonomous mobile radio studio since June 2019. Hosting three people plus a driver, the studio is equipped with a Focal PA system, a Digigram Iqoya Talk IP 4G codec and an iPad to play effects and other sound clips.

Radio Méga is a community radio station based in Southern France. Since its establishment in 1981, its goal has been to “create links with listeners, wherever they are.” The station has a main studio in Valence, which features an Axia IQ audio console and WinMedia automation software Version 2.18. It also has a secondary studio in Romans-sur-Isère about 32 kilometers (20 miles) away, as well as a host of gear for mobile broadcasts.

The “tricycle studio” idea came from Raphaël Terribilé, a former schoolteacher working at Radio Méga since 2003. He now has his own show, “Rock à la Casbah,” and is one of the five Radio Méga employees. The station also has 80 volunteers.

“We have always gone out to meet our listeners around Valence,” explains Terribilé. “We are generally hosted in office and state buildings such as city halls. But we noticed that many people didn’t dare come up to talk with us. So I had to find a way to eliminate this distance and encourage our audience to meet us.”

Instead of equipping a van or a caravan as a radio facility, Terribilé decided to use a three-wheel electric cycle to host the studio. The structure is designed to support the weight of the passengers and technical equipment.

“The ‘fun’ factor is huge and people are curious — our studio is really open to the world, there’s no obstacle, and listeners are not afraid to meet us anymore,” he added. “Sometimes, I drive right in the middle of the road, disturbing car or truck drivers, but they rarely honk at me. I usually get a thumbs up! Moreover, this mobile approach is fully environment-friendly.”

Radio Méga always prefers, when possible, to deal with local suppliers. The Urban Arrow Tender 1500 three-wheel electric tricycle is a Dutch model that is 3 meters (10 feet) long and 1.2 meters (4 feet) wide, weighs 230 kilograms (507 pounds), and has an autonomy of 40 kilometers (25 miles). It’s fitted with a wooden structure purpose-built at Lycée Amblard, a Valence vocational high school.

“Assisted by Mr. Gallot, the wood crafts teacher, and Ms. Lombard, the applied arts teacher, first-year students designed and built the box, engraved with Radio Méga logos. They stepped up to the challenge and pushed the project further than the first drawings we gave them to explain our concept.” The total cost was more than €20,000 (US$21,622).

The wooden structure, which hosts three announcers, has gooseneck microphones and four speakers from French company Focal. It also features a Digigram Iqoya Talk IP codec/mixer. Sounds are triggered from an iPad mounted on a special support. The students successfully resolved all issues, including weight and cable-run problems.

Radio Méga acted as a beta tester for the Digigram Iqoya Talk IP 4G codec. “The company was about to release it, and they lent us a unit, to get our input — we asked them for modifications on the mic preamps, for example. We were even able to use it in harsh conditions,” he said. “In the Sénégal desert, for example, for an operation we had there. The system works fine: we use it with two different SIM cards simultaneously, as double streaming, for redundancy. It also automatically switches when a problem appears, and total latency is usually less than 60ms.”

The three-wheeler uses a camping/car battery to power the amplifiers; the Iqoya Talk has its own batteries (two of them, plus a third one, for spare, they are hot-swappable). In addition, there is a lockable wooden trunk above the right wheel arch, to put headphones, microphones and cables in when they are not in use. The Iqoya Talk codec and the iPad have their own briefcase.

Built from January to June 2019, the tricycle/studio was inaugurated on June 23, for the “Hors les murs” show (“Outside the Walls”). It then was presented to the Nantes Festival de l’Info Locale, and was seen (and heard) on the Drôme roads at least once a week during the summer and the fall. The station has also used the mobile studio in the winter, for example during the “Jazz sur le Gril 2020’ festival; even if it’s harder to manage the broadcasts with the cold and rain.

The Radio Méga three-wheeler was on show during the Salon de la Radio event in Paris last January, and attracted a lot of attention, including that of CSA President Roch Olivier-Maistre.

“We mainly use the studio outside, but we can also get into specific places if needed,” said Terribilé. “Sometimes, entrance doors are not high enough, and once at a museum, for instance, I had to deflate the tires to get the trycicle into the venue.”

People now expect Radio Méga to come to them with the three-wheeler, even for a “simple” interview… A major project took place during four weeks in May last year. This was the first ‘Traversée de la Drôme à vélo.’ (“Crossing the Drôme With a Bike”).

In collaboration with regional and national education organizations, Radio Méga trained a total of 500 middle school students as radio journalists. As part of the project, they were required to prepare and host their shows on-air, to interview people in villages, dealing with cultural aspects, patrimony or local initiatives.

Radio Méga then aired the shows and also made them available as podcasts. They also taught the students how to build a related multimedia website with text and pictures. Some pupils even created short videos about the crossing. All this is perfectly in line with Radio Méga’s philosophy: To be close to its listeners in a spirit of sharing and openness. 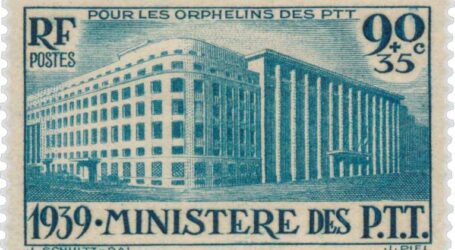