After 3 years in the Army Air Force, serving in Australia, New Guinea, and Japan, I was discharged in January, l946.

I attended Central Technical Institute, in Kansas City, Mo, and received my 1st Class Radiotelephone license in March, l949. I also attended Pathfinder School of Radio Announcing, in Kansas City, graduating in January, l950. I worked in broadcast radio several months, until joining RCA as a field engineer in late 1950. I got tired of working for peanuts in broadcasting.

As a part of that assignment, I was sent TDY to the Naval Air Station, at Sangley Point, across the bay from Manila.

I was teaching technicians in communications, radar, and sonar equipment. There were many families living on or near the Sangley Point station, and they had no radio except Philippine stations. So, in conversation with the Special Services Officer, we decided to build a “carrier current” transmitter and broadcast music and news on the station. We used salvage parts from the electroncis lab, and built a carrier-current transmitter.

For those who are technically inclined, it was a simple 807 output tube, high-level modulated by a pair of 6L6’s in P-P. the output was approximately 15 watts. It was self-excited, and the Hartley oscillator was not very stable. Anyway, this was an advantage, as we were searching for a spot on the band where we would not interfere with Philippine stations (or vice versa!)

Carrier current does not require a transmitter license, but it is limited to a certain signal level at a certain distance from the power lines which are used as the “antenna.” Transformers usually kill most of the excitation, anyway. So, at no cost to the Special Services section, we built the little transmitter. The Special Services were located in a Quonsett-type hutt, near the center of the building. The electric meter was located at the end of the building, and the power was supplied to the center of the building by use of old-fashined ball and knob insulators, on top of the building. I merely placed a transmitting mica condenser across the line at the meter, and then built a loading coil to load the line on top of the Quonsett hut. Boy, did we ever get out!

We were constantly receiving telephone requests from Manila, about 7 miles across the bay, and from Subic Bay, about 35 airline miles from Sangley! It was radiating like crazy. It took a while to find a spot on the dial to “place” the signal, but we
eventually found one. The Hartley self-excited (and unstable) generator really was an asset in that case!

We had to have a 45-RPM player, as 45-RPM records were popular then, as well as 16-RPM. So, they spent $14.00 in the Navy Exchange for a 45-RPM changer, and that was the only expense they encountered! But the DJ who they had on the station at that time would scream “Don’t touch that dial!! Wait just a minute and we’ll drift back into you!!

When I left Sangley Point for the Cont. US, it was still blasting away. I don’t think you’ll find it listed on any “official” radio logs, though! In fun, Louis C. McClure Sr., 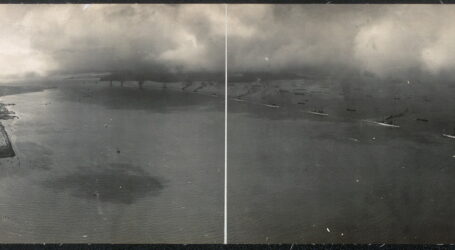 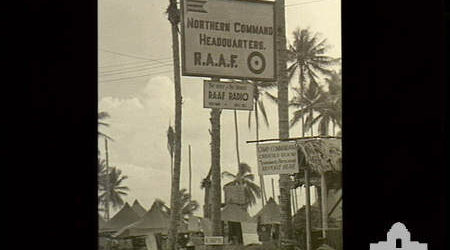