I Want a Job

In this feature we present Part 1 in an interesting series of wedding events under the title, Radio Weddings. We begin our first story way back more than one hundred years ago, at the time when the coastal steamer SS Princess Anne was commuting the Atlantic coast of the United States.

At what turned out to be the end of its 23 years of maritime service, Captain Frank Seay was commanding the ship in an attempt to enter New York Harbor during a heavy winter storm on February 2, 1920. In the blinding snow fall and turbulent winds, the ship missed the harbor entrance and ran aground, permanently, on the Rockaway Shoals on Long Island. The callsign for the ship radio aboard the Princess Anne was KOB.

A few weeks later, an experimental radio station was installed at the State College in Las Cruces, New Mexico, under the callsign 5XD. Two years later on April 5, 1922, this amateur radio station was relicensed for program broadcasting with 500 watts on the common 360 m channel (833 kHz) under that same though now relinquished ship callsign KOB.

In 1932, radio broadcasting station KOB was purchased by the Albuquerque Journal newspaper and it was reactivated at a new location within that city. In 1986, the station was granted an augmented callsign with an additional K at the beginning, though the on air identification announcements usually rendered the official callsign KKOB as the more familiar KOB.

At the same time, a 230 watt auxiliary transmitter was installed as a fill in for shadow areas in the 50 mile distant city Santa Fe. Both KOB stations, in Albuquerque and Santa Fe, operated on the same synchronized channel 770 kHz.

In 1972, station KOB organized a Hot Air Balloon Festival honoring the station’s 50th anniversary. This 1972 Balloon event was so popular that it became an annual occasion, with for example, more than a thousand Balloons participating in the turn of the century event, in the autumn of the year 2000.

During the International Balloon Festival four years later (2004), a hot air Balloon became entangled with one of the tall aerial towers at radio station KOB. The 69 year old pilot named Chapel together with the two passengers, 10 year old Aaron Whitacre and 14 year old Troy Wells clambered out of the gondola onto the radio station tower which had been deactivated as a safety measure. Two TV news helicopters were ordered away from the tower because the turbulence from the rotors was causing the tower to shake.

The one hundred and one year old mediumwave station KKOB in Albuquerque New Mexico is still on the air to this day, with 50 kW on 770 kHz.

Back immediately before the beginning of World War 2, radio station KOB was running a regular daily program under the title, I Want a Job. In this program, the applicants were interviewed live on air and they were thus able to present their qualifications.

During the I Want a Job program on Monday July 24, 1939, announcer Charles Barrington interviewed young Miss Eloise Ward and she related her story. A friendship resulted, and exactly one year later to the very day, on Wednesday July 24, 1940 Charles Barrington and Eloise Ward were married in a church wedding, at the quite new St. Charles Church building in Albuquerque.

Radio station WDAP was licensed to Mid West Radio Central in Chicago on May 19, 1922 with 500 watts again on the common channel 360 m (833 kHz). This new radio station was originally installed in the famous Wrigley Building, near the Michigan Boulevard Bridge, in Chicago’s Magnificent Mile, a new building standing nearly 500 feet tall.

However just two months later, radio station WDAP was transferred from the Wrigley Building into the equally new Drake Hotel on the lake side of Michigan Avenue, at the top end of the same Magnificent Mile. During the following year (1923) ownership of the station was transferred to the Board of Trade; and one year later again (1924), the station was taken over by the Chicago Tribune and re-identified as radio station WGN, with these three letters indicating the World’s Greatest Newspaper.

The ninety nine year old mediumwave radio station WGN in Chicago Illinois is still on the air to this day, with its 50 kW on 720 kHz.

Back during the year 1923, Jack Nelson was the Program Director for the very new radio station WDAP in Chicago, before it became the more recognizable WGN. At the time, radio station WDAP was owned by the Chicago Board of Trade and it was located in the Drake Hotel.

In addition to his radio duties, young Jack Nelson was an accomplished musician and he wrote and sang several popular songs, including the now forgotten WDAP Song. In early April 1923, Jack Nelson began to herald his girl friend Madelon Mooney in two hundred mile distant Toledo Ohio, by composing songs and then singing them over his radio station WDAP. Madelon tuned in to WDAP on her radio to hear her beau presenting these vocal melodies whenever she was able.

At the end of April (1923), their radio courtship culminated with the wedding of Jack and Madelon, and they took up residence in the same Drake Hotel, with radio station WDAP.

Radio station WGAR was inaugurated in the Hotel Statler in Cleveland Ohio with 500 watts on 1450 kHz on December 15, 1930. The callsign WGAR, honored the station’s founding father George A. Richards, who already owned station WJR in Detroit.

In 1947, WGAR was granted approval for operation with 50 kW; and 30 years later, a new studio/transmitter station was constructed for WGAR at 9446 Broadview Road in suburban Broadview Heights, Cleveland. Twenty years later, the station was sold, and the new owners changed the callsign from WGAR to WKNR.

Towards the end of last century, there was a multitude of convolutions in the entire mediumwave radio broadcasting scene in Cleveland, with changes in ownership, studio locations, transmitter locations, operating frequencies, power levels, and programming formats, making it very difficult to sort out the entire history of each station. However, we would suggest that the current mediumwave station in Cleveland that is the direct descendant of the original WGAR would have to be Christian station WHKW now with 50 kW on 1220 kHz; their transmitter is located at the same Broadview site, though their studios are operating in suburban Independence.

Back in the year 1938, the station was still owned by George A. Richards, and it was still operating from the Hotel Statler with 500 watts on 1450 kHz, and the antenna towers were still on the flat roof top. Towards the end of that year, WGAR manager John Pratt received a letter of request from a bride to be.

The new bride explained that her husband to be was unemployed, and that they had no funding with which to provide music for their wedding. Please, she asked, could WGAR play the Wedding Processional at 4:30 pm on Saturday afternoon, followed by a quarter hour of traditional wedding music.

Promptly at 4:30 pm, football fans were surprised to hear the Saturday afternoon sports commentary on WGAR fade down and give way to the surprise interlude of Wedding Music, provided by their own musicians, the Walberg Brown Ensemble. And yes, the wedding ceremony went ahead as planned.

This feature was written by Adrian Peterson and originally aired on Adventist World Radio’s “Wavescan” DX program of August 8, 2021 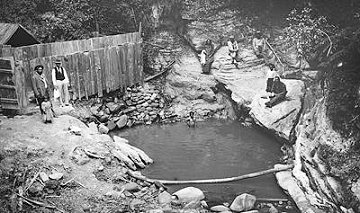 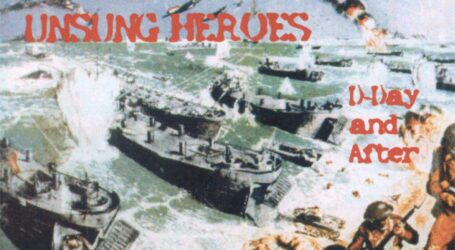 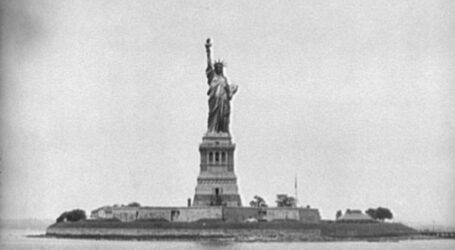