In our Wavescan topic today, we return to the French island of Guadeloupe which is shaped like the wings of a butterfly that is flying towards the northwest.  That island is located between the Caribbean Sea and the Atlantic Ocean, and we examine the early communication radio scene and their almost three quarter century of mediumwave radio history.

In the era immediately following the end of World War 1, the French government in Paris established their first wireless communication station on Guadeloupe.  The new wireless station with the callsign FKD was installed inland at Destrellan, some 20 miles northeast of the capital town Basse-Terre on the western wing.

Due to a change in international radio regulations, three years later (1924), that same wireless station at Destrellan was granted a new callsign, HYU.  Then in 1941, the wireless communication station on Guadeloupe was noted in the United States on 11380 kHz, with a different callsign again.  The station identification announcement stated, FGS which was understood to indicate French Guadeloupe Station.  Some 37 years later (1978) another callsigns was indicated.  The considerably upgraded station, still at Destrellan, was identified at that subsequent time under the twin callsigns FZV and FZW.

Now before we leave the shortwave scene on Guadeloupe, we should also mention that the Atlas Corporation in the United States announced in January 1945 that plans were underway to construct powerful shortwave stations in several French colonies around the world, including Guadeloupe.  However that ambitious radio project never culminated.

The first mediumwave station on Guadeloupe was installed near the capital city Basse-Terre in 1951, and it was a 1 kW unit on 650 kHz.  A second mediumwave transmitter at the same location was taken into service six years later in 1957, and it appears that the old 50 watt shortwave transmitter was retuned to 1420 kHz.

However in 1961 two new mediumwave stations were constructed, one on each wing.  Near the capital city Base-Terre at Citerne on the western wing, a new 4 kW transmitter was installed for the 1420 kHz channel.

Also at the same time, a new mediumwave station was constructed at Arnouville, quite near the almost junction of the two wings Pointe-a-Pitre, the largest town on the eastern wing.  This new station housed two mediumwave transmitters at 20 kW each for operation on 640 kHz.

Beginning in the 1980s, FM radio was introduced to Guadeloupe.  Initially the coverage was for the two cities, Basse-Terre and Pointe-a-Pitre, one on each wing, though because of the lower operating cost, the clarity of reception and the popularity of FM radio receivers, the number of FM stations increased rapidly.  In 1986 for example, there were 40 FM stations on the air.

Then in 1997, the mediumwave transmitter (now at 5 kW) on 1420 kHz for Basse-Terre at Citerne was closed, and give another 20 years and finally the two 20 kW transmitters on 640 kHz were also closed, leaving a nationwide network of only FM stations still on the air.

This feature was written by Adrian Peterson and originally aired on Adventist World Radio’s “Wavescan” DX program #714 of October 30, 2022 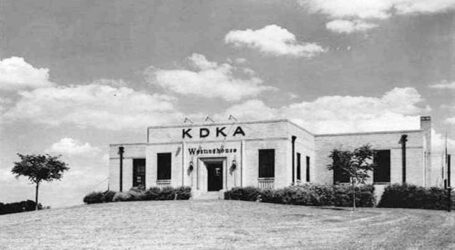 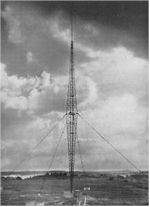