Half a dozen years prior to the commencement of the World War 2 in the middle of last century, the first small pedal wireless station was installed on Bougainville Island in 1933. Wireless station VIU was a small operation in a single room located on Kangu Hill overlooking the ocean at Kieta Harbour on the eastern side of the island. The Bougainville station, and other similar facilities with a combined wireless receiver and Morse Code transmitter, were powered by someone riding/pedaling a stationary bicycle with an electrical generator attached.

In 1939, a new model radio transceiver, the AWA 3B, was introduced onto Bougainville Island with a newly designed transmitter that could send in either speech mode or in Morse Code. At that stage, a dozen or more locations on Bougainville were equipped with a similar pedal wireless, and their usage extended islandwide, with Kieta VIU as the key station. At that same time, the pedal wireless network in Bougainville was also being developed for usage when necessary as a coastal watch network that could report on potential enemy activity in the area.

However after a quarter century of active service, the Bougainville station was deliberately damaged and then set on fire, on January 23, 1942, right at the time when Japanese warships entered the Kieta Harbour.

After Japanese forces took over Kieta town in 1942, they dug tunnels into Kangu Hill and they established an underground hospital facility and a radio station. The frontage to these tunnels was faced with a concrete facade which also prevented a collapse of the entrance area. It would be presumed that the antenna system for the Japanese radio station at Kangu Hill was installed above the tunnels, though no doubt in disguise.

During the following year (1943) on November 1, American forces staged a return invasion to Bougainville, though their chosen location was not Kieta, but rather a new site on the western side of the island in Empress Augusta Bay that became known as Torokina. The first American communication station at Torokina was established a few days later in a hastily constructed native hut along a muddy trail leading inland.

Three months later, after the arrival of a prefabricated wooden Dallas Hut, an entertainment radio broadcasting station was inaugurated on February 14 (1944). Initially, this mediumwave station was operated locally as a volunteer effort without callsign, though soon afterwards, it was identified under the callsign WSSO, and subsequently as WVTI. As WVTI, the station identified initially under the loosely administered Mosquito Network, though this affiliation was afterwards changed to the Jungle Network identification.

When the American station WVTI with 1 kW on 680 kHz was removed from Torokina for re-installation in the Philippines, the wooden building on Bougainville, together with some of the left over electronic equipment, was taken over by the Australian forces who were just beginning to move in. The Aussies installed temporary low power radio equipment into the almost empty American building which was inaugurated with the unauthorized usage of the callsign 9AC and taken into service in July 1945.

The legitimate 9AC, a 200 watt mobile station on 1280 kHz, arrived from Australia soon afterwards and it was inaugurated mid year 1945. After just a little over a year on air at Torokina, the Australian 9AC was transferred from Bougainville to Lae on the island of New Guinea.

Interestingly, both the American forces and the Australian forces were noted consecutively with the broadcast of radio programming on shortwave. On March 28, 1944, the American radio war correspondent George Thomas Folster was noted with a war report for NBC in the United States. This report was broadcast on shortwave from Torokina and it was relayed to California on 17980 kHz by station KHE at RCA Kahuku Oahu in Hawaii.

Two years later again, Radio Bougainville was noted in Australia on one of those same shortwave channels, 14500 kHz.

This was the last occasion that Torokina was noted on shortwave, and it would be presumed that the broadcast originated with the Australian forces, even though this frequency was previously in use by the Americans.

This feature was written by Adrian Peterson and originally aired on Adventist World Radio’s “Wavescan” DX program of July 18, 2021 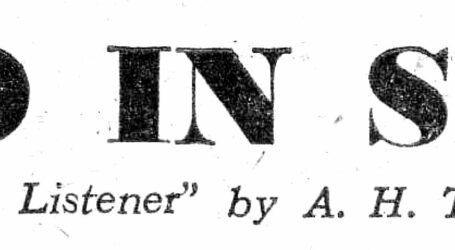 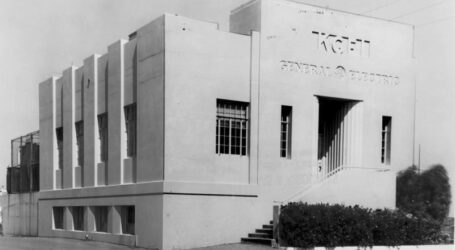