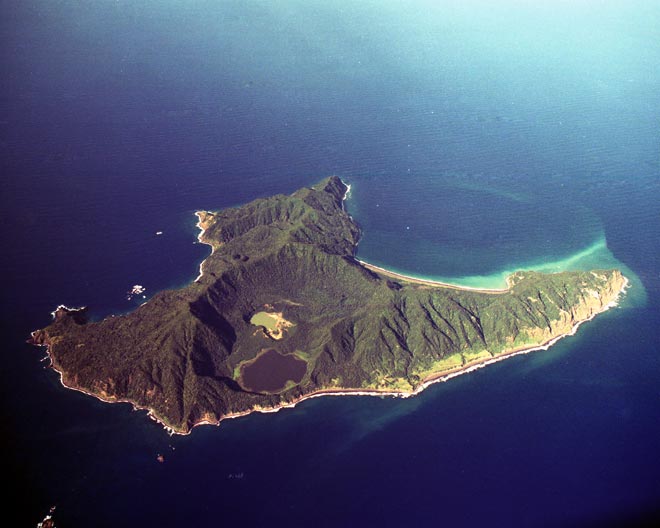 “Raoul’s calling you and he sounds worried!” said the radio technician at Makara Radio when I answered the orderwire.

On learning of the recent eruption at Raoul Island and the successful evacuation of 5 of the 6 Department of Conservation staff, I was reminded of a similar incident in the 1980s.

During the 1980s, the weather stations at Raoul and Campbell islands had regular radio telephone schedules at three-hour intervals to transfer their weather data to the Met. Office at Kelburn.

One particular weekend, I was on shift as TO (Technical Operator) in the Overseas Radio Telephone Terminal in Wellington. Business was quiet, the usual services were operating (Niue, Samoa, Chathams) and there may even have been a ship up using the Maritime Radio Telephone Service at the time.

Raoul and Campbell had already been up for their usual telephone “sked” and the next scheduled contact was nearly two hours away.

The orderwire (direct line) to our receiving station at Makara buzzed and I was told that a rather frantic Raoul Islander was calling us requesting an urgent sked.

Normally, outside scheduled contacts, it was necessary to contact one of the coast stations (using morse code) to arrange a telephone schedule. However, the meteorologist on Raoul was having none of that. He had gambled that the receiving station at Makara would monitor one of the frequencies that we typically used at that time of day and hear him requesting an urgent sked.

Makara Radio heard the call almost immediately, and tuned in to see what was up. Once they had the gist of what was being said, they were onto the orderwire to alert me. There was then a hasty call to our transmitting station at Himatangi asking them to fire up the Raoul/Campbell transmitter early.

Contact was made and I quickly learnt that there had been a big earthquake at Raoul earlier that day and part of the island cliff had collapsed into the sea. This greatly unnerved the meteorological team who wished to alert their management at the Kelburn Met. Office that an evacuation might be necessary.

Transfer of staff at Raoul required a ship back then. The volcanic island lacks an airstrip, and long-distance helicopters just weren’t available. A frigate from the Devonport Naval Base was about 2 days away if one was in port ready to be fired up; otherwise evacuation involved diverting an available merchant or naval ship from from nearby.

Close contact was kept with Raoul weather station for the next few days, but seismic activity eased. As time passed, life returned to routine.

Science can be an exciting career, but sometimes carries risk. Officials now say that the DOC scientist who was in the crater on Raoul Island taking samples when it erupted on Friday 17th March 2006 is unlikely to have survived the blast.

Read more about radio on Raoul Island on the Maritime Radio website: