The shortwave base for Radio Pakistan Karachi is located 20 miles east of Karachi on the highway running towards Hyderabad (Sind). Two 50 kW RCA transmitters APK2 & APK3 were installed in 1948 and two 10 kW Gates units APK4 & APK5 were installed in 1955. The 50 kW transmitters are used in the regional and international services of Radio Pakistan and the 10 kW units were installed originally for the “Link Service” with Dacca in what was East Pakistan. It is unlikely that the 10 kW units are in use these days.

QUETTA – Located on the western edge of Pakistan in a mountainous area across the border 150 miles from Kandahar in Afghanistan.

The shortwave transmitter APQ2 of Radio Pakistan Quetta is located on the southeastern edge of Quetta and is co-sited with the MW facility. The single 10 kW Gates transmitter was installed in 1962 and is on the air during the day on 7170 kHz and in the morning and evening on 5025 kHz.

PESHAWAR – Frontier city in the plains near the Khyber Pass en route to Afghanistan.

The shortwave transmitter APP2 is co-sited with the mediumwave station and is located in Peshawar itself. The 10 kW AWA transmitter from Australia was installed in 1960 and it is currently listed on just one channel, 5045 kHz.

RAWALPINDI – Located in northern Pakistan near the foothills of the high Himalayas.

The Rawalpindi SW station APR2 is located on the western edge of Rawalpindi towards Peshawar and is co-located with the mediumwave unit. The single 10 kW Gates transmitter was installed in 1962 and it is currently listed for two channels, 7335 kHz during the day and 5010 kHz morning and evening. This unit was recently re-activated. The Rawalpindi mediumwave service can be heard on shortwave on 7110 kHz via a 100 kW transmitter located in the Islamabad twin facility.

The shortwave radio station known as Radio Pakistan Islamabad is located 15 miles southeast of the twin city complex Rawalpindi-Islamabad on the Grand Trunk Road that leads to Lahore. There are two shortwave facilities located here, side by side, on the northern edge of the highway. There were 79 antenna masts on these two radio properties.

The older station was built in 1968 and housed four transmitters; one Gates at 10 kW, two RCA at 100 kW, and one Continental at 100 kW. The newer facility was constructed in 1972 and houses four SW transmitters; two BBC at 250 kW and two Russian made units at 100 kW. The 100 kW transmitters were installed for coverage into what was then East Pakistan and for international programming.

The 10 kW units have been in use for the regional Islamabad service and also for the “Link Service” as a back-up relay to other stations. All of the 100 kW and 250 kW units have been on the air for the international services from Radio Pakistan, though all units are not in use these days. One of the 100 kW transmitters is in use with a relay from Azad Kashmir Radio. The Islamabad mediumwave service can be heard on 5010 kHz via a 100 kW transmitter at the Islamabad twin complex.

MUZAFFARABAD – Small capital city for Azad Kashmir, administered by Pakistan, located in a wide valley in the rugged Himalayas.

Azad Kashmir Radio operates two shortwave transmitters. The 1 kW AKR at the studio building on the upper edge of Muzaffarabad was established in 1961 and its only channel is 3665 kHz.

The 100 kW Thomcast at Mirpur was established in 1997 as a high powered relay unit for Azad Kashmir Radio. It is probable that this is the unit that is listed for 7265 kHz.

Azad Kashmir Radio Trarkhel is in reality a 100 kW unit located at the large shortwave base, Islamabad-1, with studios in Rawalpindi. This unit is currently on the air on 4790 kHz. 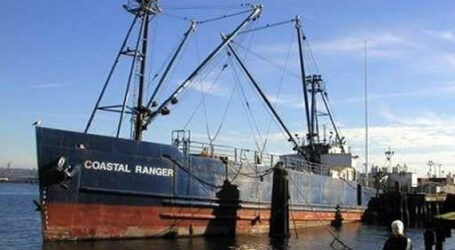 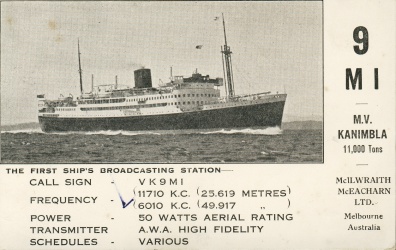