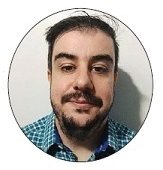 Radio transmissions have been with us for a long time. In the Brazilian case, since September 7, 1922. The golden age of radio was responsible for the launch of many artists and changed the behavior of society.

Along with commercial radio broadcasts, Brazilian amateur radio also had its heyday, where several high-level technicians were created and brought communication to isolated corners of a giant country with continental distances such as Brazil.

But times have changed, other communication technologies have been developed, giving way to WebSDR, today here we will know one of the most complete in the world and it is located in the interior of the city of São Paulo, Brazil.

But before I start with this report, I would first like to explain:

We have to think that the reading public can always be renewing itself and perhaps not everyone can know what a WebSDR is.I will try to be very brief so as not to bore the older Dxers, who made it to this report, but I think it is fair and necessary to make a small introduction about the WebSDR world.

A WebSDR, stands for a software-defined radio receiver that can be tuned via WEB (Internet).

In this way a WebSDR allows many users to listen simultaneously and on different frequencies. There are several WebSDR servers in different parts of the world, in this report we are going to refer to the WebSDR of the city of Pardinho, in the interior of São Paulo, Brazil.

The city of Pardinho is a municipality in the interior of the state of São Paulo in Brazil. The population is only 6,508 inhabitants in an area of 210 km² and its elevation is 898 meters above sea level.

From a very young age, in the mid-1960s, he saw how his father Christoph Schauff used an AM transceiver to communicate with his employees from the field in the interior of São Paulo, Brazil, to the company’s commercial office.

That marked him immediately and William insisted to his father to be Amateurs Radio, it was then that at the age of 15, his father offered him to do a Radio and Television course as a birthday present, in the center of São Paulo, Brazil.

In this way, William built his first AM transmitter, with 15W and with two 6L6 tubes, he also built a kind of copy of an antenna (G5RV) for 80/40 / 20 meters and began to make his first, it was 1968, from that moment never stopped its activity.

William’s interest in software-defined radio is entirely due to none other than his personal friend Edson Wander (PY2SDR), who was mentioned in the team of collaborators led by Nobel Prize winner in Physics Joe Taylor (K1JT), responsible for the development of a new open source algorithm to decode radio signal signals in JT65 mode, in addition to having an enormous trajectory in Brazil, involving it in various projects such as, for example, the development together with scientists and other amateur Brazilian radios in the design of the first nanosatellite produced in Brazil (the cubesat AESP-14 nanosatellite).

When Edson Pereira was living in Tokyo (mid-2000s), he introduced him to a new technology called “SDR”.

It was in this way that together they installed in the city of Pardinho, in the interior of São Paulo, Brazil, the first public reception station for SDR in Brazil.

Edson Wander (PY2SDR), sent William from Japan, an SDR interface, quickly configured a Linux server remotely, and the first radio listeners and Amateurs Radio were already having access to receive signals through the powerful receiver.

Currently the configuration of the WebSDR server in Pardinho, São Paulo, Brazil, is capable of receiving reception for the VLF, HF and VHF bands, geostationary satellite transponder and the Radiosonde – SDR probe tracker is also available, to receive telemetry in 402 Mhz of balloons (probes).

All running on the Linux Ubuntu operating system, with 8 receiver interfaces for SDR, each one separately:

As I mentioned also through pardinho’s WebSDR (http://appr.org.br:8902) we can receive the new geostationary satellite transponder ESHailSat 2 at 10Ghz, which runs on the Linux Ubuntu operating system and has 1 interface of receiver for SDR, with the following configuration: RTL-SDR + 10 Ghz LNB, 1.2 meter Offset Parabolic Antenna, Zirok brand, with azimuth of 84 ° and Elev 6 °.

The Radiosonde – SDR probe tracker is also available (http://appr.org.br:5000) to receive telemetry in 402 Mhz from balloons (probes), which are launched every day in Brazil from 8:30 am to 11am. am and from 8:30 pm to 11 pm, the HailSat 2 at 10 GHz runs on the Linux operating system on Raspberry PI hardware, with the following configuration: 2X RTL-SDR 402-406 Mhz.

Below are photos of the WebSDR project of the city of Pardinho, São Paulo, Brazil, by colleague William G. Schauff (PY2GN)

Below photographs of the geostationary satellite antennas

There are dozens of equipment and accessories for the correct operation of the different servers, in the Pardinho WebSDR, from special preamps, filters, dividers, there are 2 Dell desktop computers, quadcore and a PI3 raspberry, all in Linux. All running under the software used for WebSDR that was developed in the Netherlands, the Radiosonde RX.

Pardinho’s WebSDR is so complete that its owner William G. Schauff (PY2GN) has a backup power system, made up of a 3Kva sinusoidal PHB UPS.

With an electricity consumption of approximately 300W / h. The energy is generated in the field by 36 solar panels of 330W, 220V triphasic, in network.

Solar energy is that produced by light – photovoltaic energy – or the heat of the sun – thermosolar – for the generation of electricity or the production of heat. Inexhaustible and renewable, since it comes from the sun, it is obtained through panels and mirrors.

Photovoltaic solar cells convert sunlight directly into electricity through the so-called photoelectric effect, by which certain materials are capable of absorbing photons (light particles) and releasing electrons, generating an electric current. On the other hand, solar thermal collectors use panels or mirrors to absorb and concentrate solar heat, transfer it to a fluid and conduct it through pipes for its use in buildings and facilities or also for the production of electricity (solar thermoelectric).

Solar energy does not emit greenhouse gases, so it does not contribute to global warming. In fact, it is shown as one of the most efficient renewable technologies in the fight against climate change.

Enter the world of WebSDR by William G. Schauff (PY2GN)

To start enjoying this complete WebSDR, you can connect through the following link: http://pardinho.websdr.com.br:8901/

There is a short tutorial (in Portuguese), for general assistance on the WebSDR of Pardinho São Paulo, Brazil at the link: http://pardinho.websdr.com.br:8901/help.html

There is also a worldwide list of different WebSDRs by entering the following link: http://websdr.org

William G. Schauff (PY2GN) also wants to emphasize that the Brazilian colleague named Junior (PY2PE) helped him a lot in the construction of his station

Junior PY2PE, is a young recognized civil engineer from Sao Paulo, who at the beginning of 2010/2011, was already experimenting with SDR in Brazil and wanted to develop a public access site for digital listening.

It was in this way that Junior (PY2PE), came into contact with the very professor at the University of Twente, located in the city of Enschede, in the so-called Netherlands (Holland), the famous “Pieter-Tjerk de Boer” (PA3FWM ), Dutch Ham radio operator, who had already been developing an open listening site for SDR since the University.

It was then that thanks to the help of Junior (PY2PE) and as mentioned before by colleague Edson Wander (PY2SDR), today the public WebSDR of the city of Pardinho, in the interior of São Paulo, Brazil, is a reality.

William G. Schauff (PY2GN), not only is the owner of the WebSDR station, the most complete in Brazil and perhaps the world, he also made a great revolution through digital contacts via lunar reflection (EME).

William G. Schauff (PY2GN), has a beautiful antenna park and operates EME having a statistic of more than 1700 contacts, with around more than 70 countries confirmed in the VHF band in this modality.

William G. Schauff (PY2GN), is a master in propagation, cosmic and solar noise, polarization of signals and antennas, tracking of objects in space, rotation of signals in space, surface reflection, radiant systems, equipment, JT65 digital mode / WSJT, among others.

His 144 MHz EME station is made up of the following elements:

I leave you with 3 beautiful videos of their antennas: 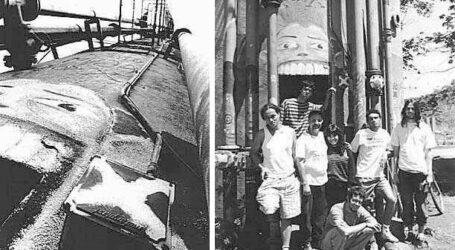 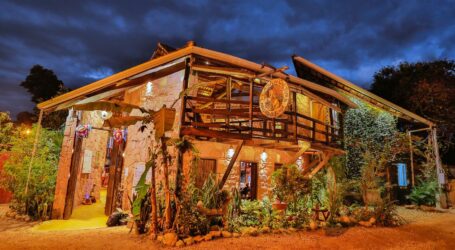 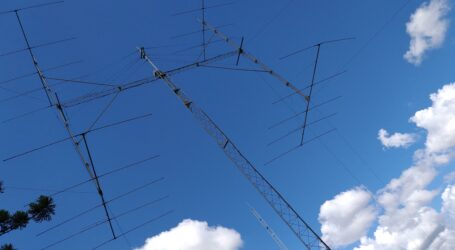