Nearly 70 years ago, in the early days of commercial broadcasting, New Zealand station 4ZC Cromwell, with a power of 25 watts, broadcast its programs from Lowburn Ferry. Another New Zealand station, 4ZF Dunedin, used only seven watts. Far away across the Pacific, the Crosley Radio Corporation, of Cincinnati, Ohio, boasted that its station, the new 500,000 watt WLW, was the most powerful in the world.

In Australia, 3YB, based in Ballarat, Victoria, had installed its studio and transmitter in a railway carriage, so that it could broadcast from several small country centres on turn. Another mobile station, 9MI, operated from the passenger liner M.V. Kanimbla (11,000 tons) broadcasting programs to onshore listeners as it cruised along Australia’s coastline.

As a teenage high school student in New Zealand, I listened eagerly to all those stations. Late at night, with my ears within a few inches of the speaker of a huge Warner superheterodyne console receiver, I was happily oblivious to the deafening cracks of static electricity crashing through the speaker, to the great discomfort of my long-suffering and over-tolerant parents.

My hobby was DXing (DX was the abbreviation for distance), which consisted of listening and then writing to radio stations operating on the broadcast band, quoting details of their programs, and asking them for written confirmation. A month or two later (infrequent mailboats took two weeks to or from San Francisco) back would come a card or letter, which I would proudly add to a large and colorful collection decorating my bedroom wall.

Somehow, I’ve managed to hold on to all those still-cherished “QSLs” as they were called, in five display books which contain what is now a fascinating historical record of those early days of commercial broadcasting. Maybe some day a wealthy collector will make me an offer I can’t refuse.

The loudest U.S. radio signal picked up in New Zealand about 8pm (midnight the previous day Pacific Standard Time) was from KFI, Los Angeles. I still recall hearing Ted Weems and his orchestra broadcasting nightly “from the famous Coconut Grove ballroom of the Ambassador Hotel in downtown Los Angeles.” Last week I found a nostalgic picture of that ballroom on the Internet.

Another Californian station, KGER, “the Voice of Long Beach,” sent me a handwritten card. “This will verify your correct report of KGER on January 4, 1934 at 6.08am PST.” Then came a plaintive postscript: “It costs us 5c. or an international coupon to mail you chaps a card or letter.” They were still suffering from the Great Depression.

Their Long Beach rival, KFOX, was far more cheerful. It sent a card with this verse:

The program director of KELW, Burbank, California wrote a palsey letter: “What you heard was an impromptu prize fight. They put it on just for the fun of it, right in the studio. I think the programs from 4 to 6am are rather interesting, as they are always putting on something a bit different. Have you ever heard their duck? He performs over the mike quite often.”

From Norfolk, Nebraska, WJAG sent a photograph of Karl Stefan, “Ther Printer’s Devil,” who for years had been “talking in several languages to the largest noon-day audience in the west.”

WMBI, a Chicago station run by the Moody Bible Institute, offered this description of its Songs in the Night: “Even as the lighthouse on the shore serves to guide the storm-tossed sailor to a safe haven of refuge, so WMBI stands as a radio beacon-light in the nation, pointing the way of salvation to a weary world.”

A card from WOAI, San Antonio, Texas (where the sunshine spends the winter) arrived in an envelope picturing a hat-waving cowboy on a bucking bronco, saying HOWDY!

Disappointingly, most of the QSL cards and letters from eastern parts of the U.S. and from Canada were more formal, therefore less interesting, while those from stations in other America countries – Mexico, Cuba, Chile, Peru and Argentina – were, like the programs, mostly in Spanish. Back in the 30s nearly all New Zealanders spoke only English or Maori, so I couldn’t find anyone to translate my mail.

On the subject of translations, Japanese station JOHK, whose address was shown as Sendai, Nippon, battled hard with the English language: “We thank heartily to your earnest report. We are very glad to know what part our programs are playing for a mutual friendship. We here wish you every happiness and your profounder investigations than ever.”

Finally, a few words from the World’s Most Powerful Station, WLW: When I told the Cincinnati broadcaster that its half-million watt signal was sometimes heard in far-off New Zealand as clearly as a local station, I received a letter now yellowed with age and partially eaten by white-ants (termites).

“Radio broadcasting is a calling all of its own, bringing into play a tremendous assortment of talents,” wrote John L. Clark, General Manager Stations WLW-WSAI. “One minute a newspaper man reports on important phases of live news; the next finds (consumed by white-ants)ep in the score of some famous opera; the next, in the lighter (white-ants again) from some song and dance show. Nearly every day brings new (white-ants)ir versatility though the new medium of ear entertainment.”

Maybe those voracious white-ants chewed an N from the front of that second-last word. NEAR entertainment might have been a better description of those early radio programs. Most of today’s, too.

Footnote: Eric has kindly offered his collection of QSLs to be stored along with the NZRDXL’s archives collection at the Hocken Library in Dunedin. 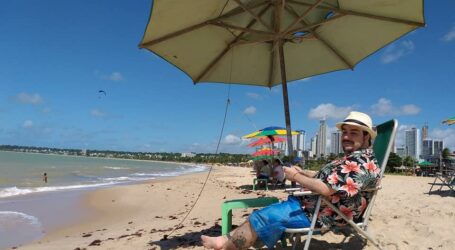 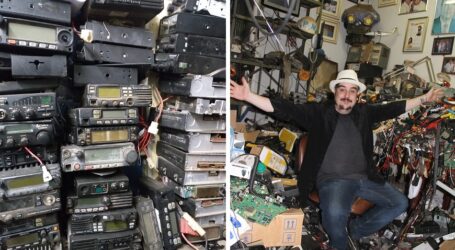