The Office of War Information [OWI] in the Central Pacific, was responsible for propaganda broadcasts from stations KRHO Honolulu and KSAI Saipan, both stations beginning operation at 3.30am Hawaiian War Time, December 26 1944.

We’re fortunate to have recently obtained a photo essay booklet covering the full operations of KRHO and KSAI, with many photos of staff, studios, transmitters, and associated propaganda activities such as leaflet drops over Japan.

OWI Central Pacific is the first in a series from this booklet. The activities of both KRHO and KSAI are widely known, and both stations were heard throughout the Pacific and Asia region for several years. The series begins with a visit to OWI Central Pacific Operations headquarters in Honolulu, Territory of Hawaii.

The Honolulu outpost established its first and temporary HQ on March 21 1944 in a downtown office building, and the first employee was Lorraine Frederickson, who was transferred from Washington as code and cypher clerk.

In July, the staff moved to a permanent location in the former KGMB studio building, which became the administrative base for all Central Pacific Operations.

The administrative staff overflowed into a quonsett hut alongside, from where J N Brown [Business Manager] handled all business matters, and Kingsley Dennet [Traffic Manager] was responsible for shipping, building maintenance and the routing and care of all material and equipment was in his hands.

Key staff member was Kilocycle, and who became a CPO member in good standing after taking up residence under the quonsett hut.

Keeping CPO moving were the backroom girls, listening of course to programs from KRHO as they worked in their neat office.

In charge of the code room was Jean Gordon, assisted by Azaline Sessions, whilst Margaret Kaveney [administrative assistant] also acted as confidential secretary to the chief.

Generally responsible for administrative affairs was Edward H MacKay Jr, Assistant Chief, who also had a radio strategically close at hand in his office, whilst yet another radio appears close to the ears of Chief Bradford Smith.

In the second part of this series, a visit with the technical staff and views of the transmission facilities at Lualualei.

All images in this series are from an untitled OWI booklet in the collection of John C Seehaas, and the original of which is now held in the Radio Heritage Foundation Collection.

This material has been kindly made available by Bruce Portzer of Seattle who received it as a result of genealogy research undertaken by an Ebay on-line auction purchaser in the early 2000’s.

John Seehaas, who worked at OWI Honolulu, died in 1972. 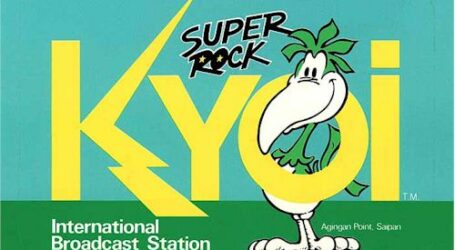