88.6 Ross FM is broadcasting 24 hours a day, seven days a week on 88.6FM. On Mondays, Wednesdays and Fridays between 8-8.45am the students will broadcast a breakfast show with non-stop music and replays the rest of the time.

Over a year, each class of the 330-pupil school will have a three-week stint on air preceded by four weeks of preparation.

Selina O’Leary’s year eight class is the first to do the radio unit. She says the study has been really good for the students’ oral language skills. The school wants the children to be clear, confident speakers, able to speak naturally and on the spot.

The preparation of documentaries and school advertising for broadcast requires the students to be task orientated and meet deadlines, Mrs O’Leary says.

She is also one of the class’s six DJs and on Friday, with Billy Innes-Drewery, interviewed Palmerston North MP and Minister of Education and Broadcasting Steve Maharey for the station’s launch. Mr Maharey is an old boy of the school.

Billy, 12, says he’s not nervous about being live on the radio.

“I don’t mind public speaking though, because I’ve been doing it since first grade [when in Australia].”

The class also has a nine-strong news crew.

Another key task is selecting the music. Mrs O’Leary says the students are looking at what kind of music plays best at what time and making sure the lyrics are appropriate for a school radio station.

Principal Wayne Codyre has been involved in setting up a radio station and a TV station at previous schools and from that experience knew the media was a powerful tool to engage students in learning.

Mr Codyre says 88.6 Ross FM is the first phase of three to be achieved over 18-24 months the second is setting up a TV studio and the third delivering a TV breakfast show live from the school every morning into the community.

The school wants to give children as realistic an opportunity as possible by providing a real environment to use their media skills, making the learning ultimately more meaningful. If the students know people could be watching or listening there’s a stronger motivation to get it right, Mr Codyre says.

The radio station has been a year in the planning with a team of four developing a teaching unit around it.

The station is broadcasting on a low-powered FM frequency, but when established Mr Codyre hopes it can move onto a high-powered frequency.

Woodwork students have transformed a store room into the studio relining the walls and putting up egg cartoons for soundproofing.

A $4000 Pub Charity grant has contributed toward fitting out the studio with computer, mixer and microphones.

Keeley Duckmanton, 12, won a competition to name the station. 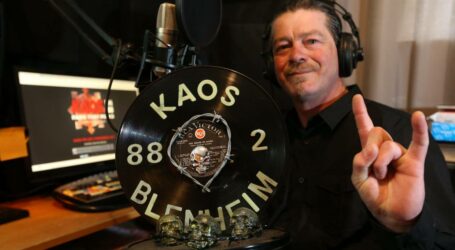 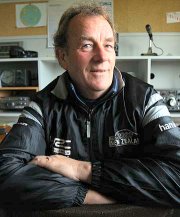 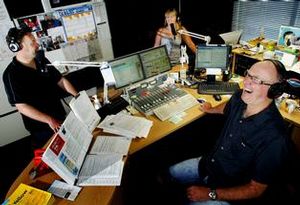