2ZA ‘The Voice of the Manawatu’ began broadcasting from Palmerston North in 1938.

An ambitious social history exhibition was mounted by the regional museum Te Manawa to celebrate the 70th anniversary of the local radio station that had such an impact on community life.

Running for over six months, the exhibition has proved a magnet for memories and a catalyst for events such as The Great New Zealand Radio Show.

The glorious Regent Theatre [a mere eight years older than 2ZA] was the stage for this one night nostalgia special where the radio station was brought back to community life. Here’s how the local newspaper ‘The Manawatu Standard’ previewed, and then reviewed the sell-out event:

Elvis will be in the building – and so too will ABBA, Elton John, Freddy Mercury, Queen and even the Mamas and the Papas.

The building concerned is the Regent on Broadway and the occasion will be a reprise of Palmerston North’s iconic radio show The Garner’s Request Session, once broadcast by Radio Station 2ZA, “The Voice of the Manawatu”

For the show at 4pm on Sunday, November 2, a mock-up of the station’s studio will be set up on stage and two former 2ZA announcers – Ian Johnston and Chris Burn – will host The Great New Zealand Radio Show.

More than 60 live performers will sing and perform during the two- hour show, which is being produced by Kathi Craig and Malcolm Hopwood, and directed by musical theatre veteran, Pat Snoxell.

It is designed as part of the radio station’s 70th anniversary celebrations and also as a tie-in with the 2ZA exhibition at Te Manawa, which opened on August 16 and runs until March 1 next year.

“It’s very appropriate to have Pat directing the show, because 20 years ago he did the 50th anniversary celebration,” said Mr Hopwood, who also wrote the script for The Great New Zealand Radio Show.

The old radio commercials were obtained from archives and are expected to be an integral part of the show, with many in the audience able to sing along with such jingles as You’ll wonder where the yellow went when you brush your teeth with Pep-so-dent, and Halo everybody, Halo . . .

The strident tones of Aunt Daisy might also slice through the airwaves and there will be requests from odd places, including one from Buckingham Palace asking for something from Corgi and Bess.

Another type of Queen will open the show, with a choir providing the backing for a presentation of Bohemian Rhapsody.

Radio Station 2ZA and the legendary Garner’s Request Session came back to life at the Regent on Broadway in Palmerston North yesterday afternoon.

The result was a delighted packed house that revelled in the chance to rekindle memories of the station’s golden years.

Each half of the show was introduced by the theme music of the request session – once a contender for the title of the world’s longest-running radio show.

She and Snoxell were inspired to develop The Great New Zealand Radio Show by the 2ZA exhibition now running at Te Manawa.

But what caused ripples of recognition and appreciation was the chance to hear old radio commercials unearthed from archives. More than anything else, they took the audience back to the days when 2ZA was “The Voice of the Manawatu”.

But ouch! Commercial with those plummy Pommie accents would be laughed off the air today.

The quality of the singing in the requests varied from tentative to excellent – only to be expected from performers at different stages of development.

Anyway, the audience was in a happy, tolerant mood and there were some real high moments in the programme.

The first half opened with an ambitious Bohemian Rhapsody by the company and closed with a rousing Abba sequence featuring Kathi Craig, Wendy Newth and Gayle Shirley.

Gayle Shirley also excelled in an evocative rendering of Big Spender and she was back again when Abba was used as an encore for the show.

Larry Walker gave a strong showing as Sir Elton John in a tribute to Princess Di, Candle in the Wind.

He was followed by Kathi Craig and Will Bell, backed by the company in Believe. Bell impressed as a young singer worth hearing more of.

Uneven, wobbly in parts, but always fun – that was The Great New Zealand Radio Show.

The Radio Heritage Foundation was delighted to be involved with the 2ZA Exhibition and celebrations organized by Te Manawa and the local community. Exhibition materials and contacts were supplied and a lecture was also given on the importance of preserving New Zealand’s radio broadcasting heritage. 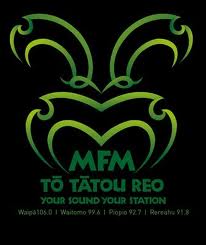 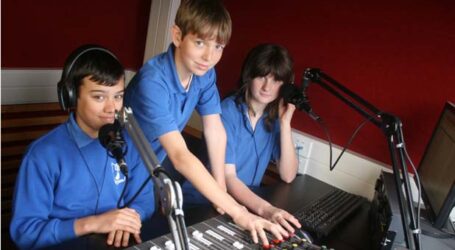 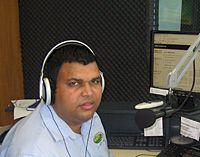