“Putting together this story about my mother has taken a long time, all my life in fact.”

With these words, Margaret Willis introduces us to New Zealand’s most loved Radio Aunt, ‘Aunt Gwen of 2YA’.

In the 1920’s when radio was new, it was common for stations to run popular childrens sessions. The personalities of the day were usually given a friendly ‘Aunt’ or ‘Uncle’ title, so that listeners could be drawn around the fireplace to listen to a trusted ‘family member’ tell stories, share poems, jokes and music and tips for growing up ‘healthy, wealthy and wise’.

The children, and not so young responded. How they responded. Margaret draws together a portait of a woman who became the most popular Radio Aunt in New Zealand, her voice heard thousands of miles away as 2YA beamed across the ocean to North America, to Australia, into the islands of the Pacific.

‘In Tahiti there lived a fan of Aunt Gwen. He had been on holiday in New Zealand, staying with friends in Taranaki when he first heard her. He travelled to Wellington especially to meet her and called at Station 2YA. He regretted that although ‘there are two or three radio sets in captivity here [Papeete], I don’t know the people who own them’. He wrote regularly, and she always replied.’

When she retired from 2YA to be married, the Radio Broadcasting Company responded to popular calls by carrying her marriage ceremony live in 1930, and over 2000 listeners crowded the streets outside to catch a glimpse of ‘their Aunt Gwen’.

Margaret tells a well crafted from inside the family story of Gwendoline Shepherd, allowing us to see the private life of a very public woman who was claimed by all New Zealanders. At the same time, she gives us a special insight into the connection between popular culture and the new world of radio that was unfolding in homes across the nation.

If you enjoyed this review, you’ll also enjoy our features ‘NZ Radio Dial 1931’ that gives the broadcasting context of Aunt Gwen’s popularity, and ‘A R Harris’ an introduction to the man who employed Gwen at 2YA and whose Radio Broadcasting Company was the forerunner of today’s public broadcaster Radio New Zealand. 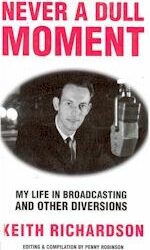 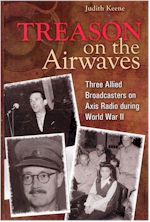