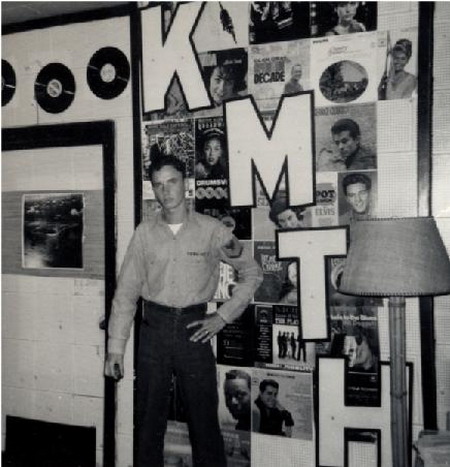 With not much to challenge me, I wandered into the radio station one day and asked if they had the need for any help. Amazingly enough, they just happened to be looking for someone to do a show, and since I knew one end of the turntable arm from the other, they let me try out. I had, in my civilian life, hung around the local radio station in the little town where I went to college… so I had some concept of what ‘doing radio’ was all about.

The military and the Armed Forces Radio & Television Service (AFRTS) known among the ‘guys’ as ‘A-Farts’ had a totally different concept of how to ‘do’ radio.

There were so many songs that came out in the 60’s that were ‘anti-military’ or ‘anti-war’ and AFRTS didn’t want them played on their radio stations at all. So, they didn’t send us copies of them… and, being the resourceful disc jockeys we were, we got copies of them anyway. Occasionally, The Boss would comment that he hadn’t seen that record on the list of ‘approved’ tunes, so we’d have to give up that copy (sometimes). In theory, if AFRTS didn’t send it, it didn’t exist. What a concept!

Broadcasting from the second floor

With the weapons compound closed and nothing to guard, I asked for a new job and was re-assigned permanently to the AFRTS crew. My immediate supervisor was Journalist First Class Jim Ferrel. Prior to my departure from Midway in November 1966, Jim was promoted Chief Petty Officer. KMTH Radio and TV was located on the second floor of the administration building. We enjoyed spacious offices that we were allowed to have decorated as if we were a civilian station. From accoustical tiles on the wall to album covers for decorations, we looked the part. My desk below is a testament to that statement.

It’s a fact that we wouldn’t have kept KMTH Radio on the air in a 24/7 mode if it hadn’t been for the sometime ‘near heroic’ efforts of a number of ‘part time’ announcers and ‘disc jockeys’.

When we could hear it on the AM radio, KPOI Honolulu was the station we all listened to…. to get ideas to use on Midway’s KMTH.

Back to the Future

Unfortunately, with the end of the military presence we (The U.S. Navy) had in the Pacific, that base has been closed and the island has been returned to “how it was” when we sorta “took over” back in the late 1930’s or early 40’s.

Since all the trees and buildings were brought in, they were taken away! Gone. The darn place is FLAT again! There was a corporation that was trying to make a go out of running fishing and scuba diving trips there (what an excellent fishing and diving place it is!) but somehow that went bust and as I last heard, the place has been put off limits and there are just a few Filipino’s living there in a caretaker status…

Oh yes, regarding the call KMTH, that was taken away from the troops on Midway because some “high roller” business tycoon in Utah wanted that call sign for a radio station he was planning… and he got it.

Till the base closed, the station went on, but only as Armed Forces Radio Midway… no more KMTH in the Pacific! That’s the cost of progress…

My brother, Roger Perkins served on Midway, same time as me… “RogerP on Radio One!” was his handle… I was always “Brother Dave.”

From the photo’s, you can see our equipment layout was quite simple.

Operator console and two 18″ Gates turntables that would play 33, 45 or 78 RPM recordings. AFRS sent out the 18″ vinyl recordings for years because they could get so much on just one record… but quit in the late 50’s or early 60’s.

In 1965 we got that AMPEX Reel-to-Reel that shows in one of the photo’s. Since it was 40 years ago, I actually forget the brand of the console but I believe it was a Gates product as well… Not sure.

Down the hall was our 500 watt transmitter that fed the vertical tower you can see in the photo shown earlier. In the back room, seen through the glass behind the operators, was the short wave radio we used to bring in live feeds from AFRS headquarters in Los Angeles or other sources we found from time to time.

And a great receiver that allowed us to DX ourselves and hear what was being played back on the Mainland US radio stations… as AFRS was strict about not letting us get our hands on any records that “promoted the drug culture” etc… like that was going to stop anyone from hearing the music anyway.

They must have really been dumb since the “Navy Store” on the island sold all the records AFRS told us not to play! So we just bought a copy and played it anyway!!!

All images are from the Dave Perkins Collection. Content from his Midway website and personal correspondence with the Radio Heritage Foundation, February 2005.

For a nostalgic look back at Midway Island in the mid 1960’s and many excellent photos of military activities, base facilities, local flora and fauna, recreation and even more KMTH images, please visit midway.daveylee.com. 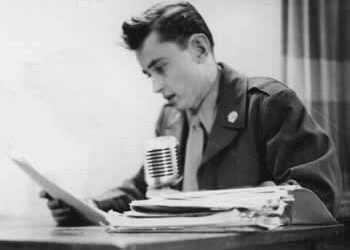