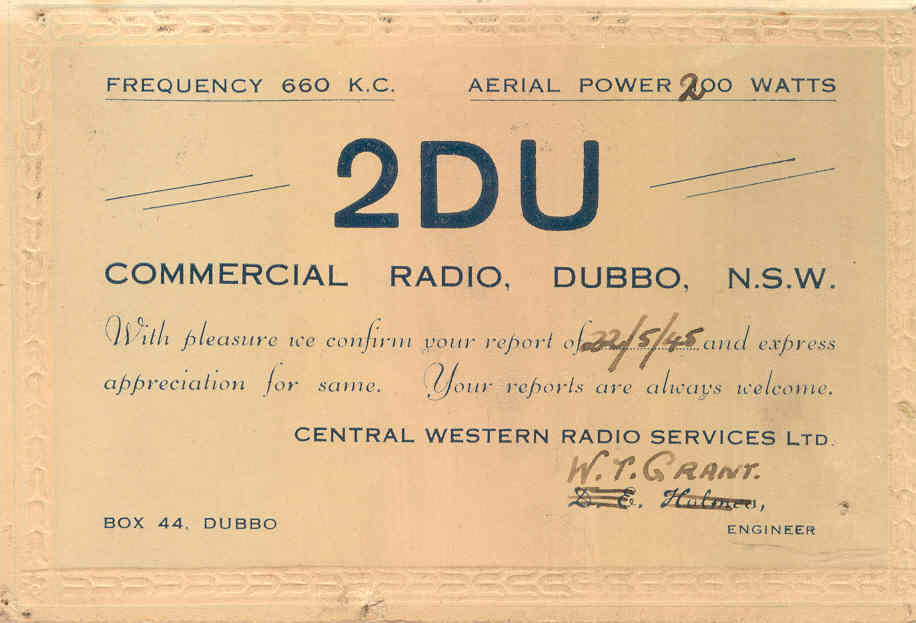 2DU’s primary coverage includes a rich and closely settled area, and the secondary coverage reaches to Bourke in the West and far to all points of the compass.

2DU is the only commercial broadcasting station within this wide area. It is serving the West faithfully despite difficulties of low power.

Popular listener-arranged request sessions are a feature of the station’s programmes and regular news services are relayed direct from Sydney, as well as market reports, sales announcements and weather forecasts.

The Women’s Club, run by “Anne” and working for the Far West Children’s Health Scheme, has raised as much as £1,000 in one year for the Scheme.

A new transmitter is planned. Already modern studio equipment is a feature of 2DU. Orthoaccoustic filters are fitted for the reproduction of high fidelity recordings. Up to date turntables and pickups ensure that transcriptions played by 2DU are broadcast under the best conditions.

The field of Sport is also well, covered by this progressive station, which participates in the 2GB Superior Racing Service Relay each Saturday afternoon, as well as giving a sporting session of local interest.

First class programmes have made 2DU popular, during day and night time listening. The Colgate Palmolive Radio Programmes, Sporting Blood, the Maxam Library, the Peters’ Ice Cream Show and many others are highlights of the programmes.

2DU is an associate station of the Macquarie Broadcasting Network, and broadcasts many of the well known Macquarie programmes. Listeners enjoy programmes selected from the extensive record library at the station, to which the latest recordings are constantly being added.

2DU has as an object, primarily serving the Western Districts and country folk who otherwise are badly served by radio. 2DU is in fact the “Western Station.”

The Chief Announcer GORDON TANNER was formerly at 2LT. He conducts popular studio sessions at 2DU as well as the early morning breakfast session.

“ANNE” who conducts the Women’s Session is a very busy lady, and a popular personality among her many listeners and friends.

Other personalities at the station are BARRY, MAX, TERRY and JOHN.

2DU has a large auditorium, capable of seating 600 persons. 2DU is growing with the rich and prosperous West and with an increase of power which is badly needed will do a still more magnificent job of bringing entertainment and service into the home. 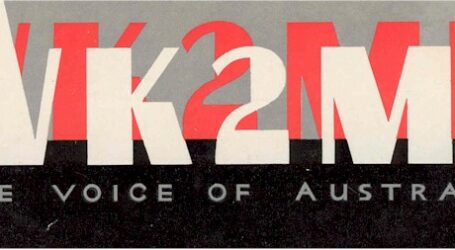 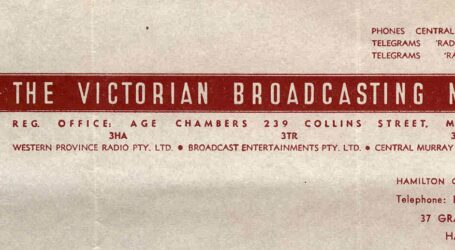 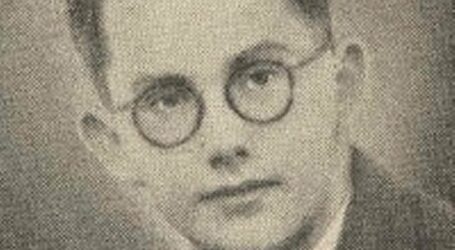