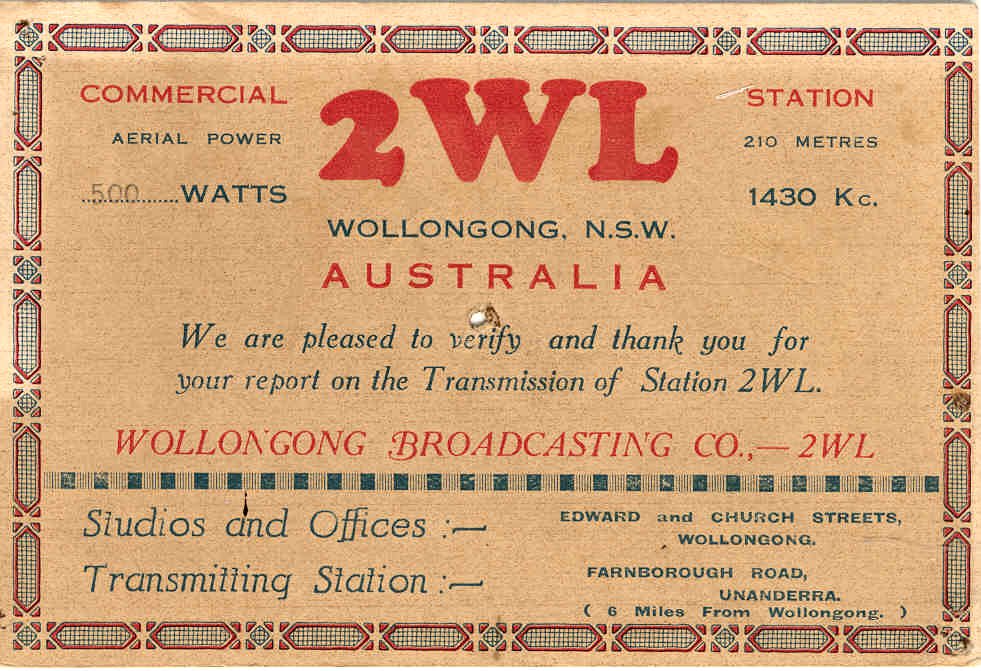 Radio 2WL celebrates its fifteenth anniversary “on the air” in July of this year, 1946. Those fifteen years have seen the birth and growth of a new metropolis, Port Kembla, to-day the third largest investment centre in N.S.W. With it has grown 2WL, now at the height of its persuasiveness and prestige. Behind this statement is a story, for naturally there is a reason for the uninterrupted growth of 2WL.

COMMANDING THE INDUSTRIAL SOUTH COAST AND TABLELAND AREA WITH A POPULATION OF 105,000.

2WL made its bow to the listening public of Illawarra on July 18th, 1931, and was officially opened by the then President of the Illawarra Chamber of Commerce and Industry, the late J. P. Caddy. “Great trees from little acorns grow,” it has been said, and the studios might at that time, have been termed “a little acorn” as they left much to be desired. Yet, from its inception, 2WL found favour with the South Coast Public. In the first few months, the station began a series of outside broadcasts of major importance, including the official opening of the Moss Vale-Port Kembla Railway. In those days the announcer was its owner-controller, and to-day’s general manager, Russell A. Yeldon, who was affectionately known as “Uncle Bob.”

By early 1932 the popularity of the station demanded its expansion, a better studio and improved equipment. So came the first step in its growth, the erection of a new building providing a studio of over 300ft. of floor space. Although not one hundred percent acoustically perfect, it was a definite improvement, a step in the right direction, the first rung of the ladder. The additional space meant, too, a larger record library. Regular dance programmes were inaugurated.

In June 1933, came another step forward – the installation of a completely new audio control panel. This included the provision of splitting amplifiers, a new mixer, volume measuring equipment and other improvements. 2WL was steadily progressing and various technical improvements were being added as time went by. Further expansion came late in 1933 with the beginning of a substantial addition to the building. This addition was completed in February, 1934, and gave 2WL another studio with twice the office space.

Since that time 2WL has possessed two very efficient studios. The years 1935-36 and the decade to this year 1946, have seen the same rapid growth of 2WL. The building in which the studios and offices are now housed stands on the site of the original studio. It is substantially built in brick, and is of two storeys in height, with the studios and control room on the upper floor.

Personalities who in the past have made the station a favourite with South Coast listeners include Maurie Power, W. J. Merchant, Capt. T. Legerwood, J. G. Bridges, Ann Vidor, Bill Roberts, Derek McGuire and George Ivan Smith (now at the B.B.C.). All these had their own special place in the hearts of listeners.

Among the announcing staff of to-day we find:-

MARGARET BROADFOOT, who handles the “Friendship Club” side of 2WL’s activities. Margaret, as she is affectionately known, has a club membership of over 4,000, which speaks for her organising ability and popularity. Her sessions are the “Women’s” 9.15 a.m. to noon, and “Chatterbox Corner” each afternoon. Margaret has been at 2WL for three years.

Popular GEORGE HILDER’S voice has been known to country listeners for more than 8 years on many country stations throughout N.S.W. George has been with 2WL for two and a half years. He presents a regular luncheon programme, 12 to 1.30 which incorporates the “South Coast Hit Parade.” He is also heard on Monday and Friday evenings.

KEL. McCRISTAL, is responsible for the organisation of the excellent record library of 2WL, for although his job as Programme Manager has been difficult during the war, it is largely due to his efforts that the excellence of the musical programmes has been sustained. Kel. is also heard in the evening sessions on Tuesday, Thursday and Saturday evenings and with George Hilder and Ian Marshall he presents the week-end programmes. His best known session is, of course, the “Quiet Hour” heard each Sunday from 4.30 p.m.

Mentioning IAN MARSHALL – his is the bright voice heard in the “Afternoon at Home” each day, featuring such sessions as the “Hollywood Merry-go-Round” and “Around the World With Song” and many other widely-popular presentations. Ian, who is an A.M.I.R.E., saw service at sea, during the war, as a Radio Officer.

Sporting activities are handled by SYD HAYES in a style that has kept him “top favourite” with Illawarra listeners for fourteen years. Syd is president of the Illawarra Rugby League, and is heard regularly on Friday and Saturday evenings.

IAN BURGIS handles the Breakfast and Early Evening sessions and is a product of the theatre. He was a singer and dancer with E. C. Rolls Overseas Co.’s and J. C. Williamsons’. Recently he was discharged from the A.I.F. He is well known to Sydney listeners as “Mr. Inquire Within.” 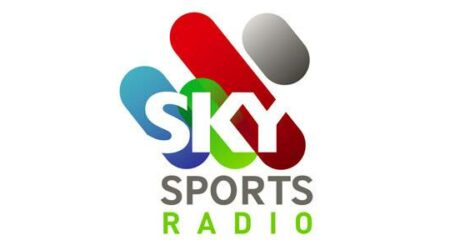 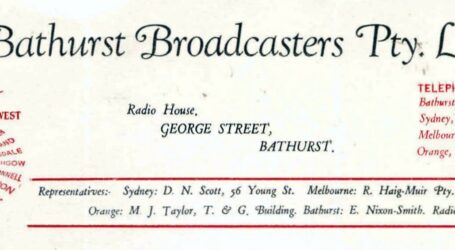