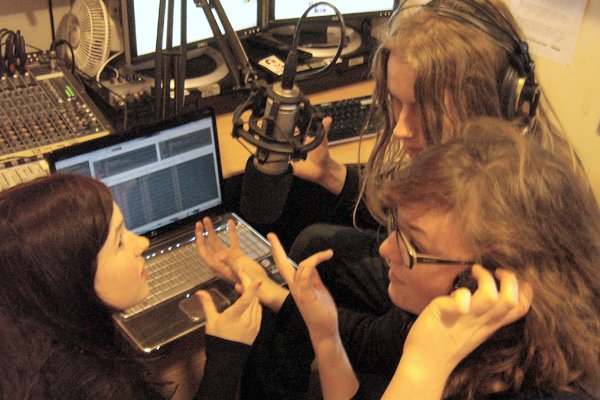 On air with coffee

You do not often hear of a radio station that is also a cafe, but Kelburn businesses Alcove Cafe and HumanFM have been brewing together for more than four years.

The two businesses share premises in Ramsey House, the Anglican chaplaincy located near the heart of Victoria University’s Kelburn campus. They came together at the invitation of the chaplaincy.

Alcove Cafe occupies the front of the building, and the radio station has the back. The two share a lounge area.

HumanFM operator Joel Carpender said he thought of the idea to set up a radio station in the chaplaincy six years ago.

He had got to know the chaplain, David Newton, through his involvement with Newswatch, an organisation set up by the chaplaincy to discuss and critique current news issues.

“[David Newton] found out I had this idea about setting up a station while I was doing my undergraduate degree,” Mr Carpender said.

The station focused on human rights issues, and played mainly jazz and gospel music. “We try to create a sound which is humanising in some way, so we play secular music which people are into. That’s what characterises our sound – it has a human feel to it.

“This station is a mixture of music and serious talk-based programme. In a sense you could think of it as the student version of National Radio.”

The station aimed to shed light on political and human rights issues, he said.

Cafe manager Jamie Reihanga said sharing space with the radio station had proved to be a good move, with the live entertainment suiting the cafe.

“It’s sort of like a complementary environment: people come in with their latte and listen to the cool funky music,” he said.

A lot of the music was from local bands and student bands from the university’s jazz school. HumanFM, email or see humanfm.co.nz. The cafe is open from Monday to Friday. 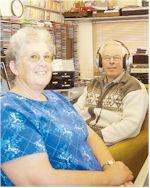 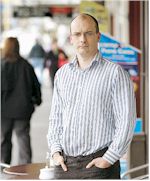